Late Sushant Singh Rajput's last song 'Dil Bechara' title track is choreographed by Farah Khan and composed by the legend AR Rahman. The song depicts the happiness and liveliness that Manny brought in the life of Kizie (played by Sanjana Sanghi) and left her in awe.

The wait for Sushant Singh Rajput's last song is finally over! The makers of his upcoming film 'Dil Bechara' have now released the last song of the actor which happens to be the title track. Choreographed by Farah Khan, Dil Bechara title song is composed by the legend AR Rahman. The song depicts the happiness and liveliness that Manny (played by Sushant) brought in the life of Kizie and left her in awe. The character of Kizie is being played by debutant actress Sanjana Sanghi. Directed by Mukesh Chhabra, Dil Bechara is all set to premiere on Disney Plus Hotstar on July 24. Announcing the song, the makers wrote, "Manny knocked his way into Kizie's life with all his heart and lively spirit. Set to the melody of the one and only, A.R. Rahman. Listen, love, let the magic do its trick. #DilBecharaTitleTrack out now!"

Previously, announcing the song's release, actress Sanjana Sanghi wrote, "Here’s a tiny little glimpse of the liveliness that Manny brought and always left Kizie in complete awe. It’s my greatest privilege to bring to you, the magic of the maestro, A.R. Rahman. Our #DilBecharaTitleTrack will be out tomorrow, 12 noon!"

She even shared few pictures from the first day of the shoot and wrote alongside, "Life, indeed, is seri-real. 2 years ago, July 9th 2018, was the first day of Sushant and Sanjana, becoming Manny and Kizie in front of the camera, on set in Jamshedpur. My life since that day, has never been the same for a second. Kizie & Manny truly believed there never will be a greater love than their's, but the love all of you, all over the world have shown us? It really does come close.It feels like a long, warm embrace."

Life, indeed, is seri-real. 2 years ago, July 9th 2018, was the first day of Sushant & Sanjana, becoming Manny & Kizie in front of the camera, on set in Jamshedpur. My life since that day, has never been the same for a second. Kizie & Manny truly believed there never will be a greater love than their’s, but the love all of you, all over the world have shown us? It really does come close. It feels like a long, warm embrace. Thank you for loving, crying and smiling with #DilBecharaTrailer Lekin picture? Abhi baaki hai. ( #SwipeRight for some moments from our time on set I found from the archives. ) Aur haan! Ek Aur baat! It’s not Kissy, it’s Kizie. ZZZZZ. Seri, Immanuel Rajkumar Junior? 💔 @castingchhabra 🌍💛

Meanwhile, have a look at how Twitterati reacted on the song here:

He just stole my heart ❤
What a lovely song !!#DilBecharaTitleTrack pic.twitter.com/kzuisCgDyw

The craze for the #DilBecharaTitleTrack is insane..... YouTube India didn't last even 1 me nite and got crashed.....110k people are on the chat at the time .....when the title track was premiered......ab Bollywood ki hmm kh k lenge 🤬🤬🤬🤬🤬🤬🤬 🤬 🤬 #youtubecrashed pic.twitter.com/fXSUUyElrO

Manny is the most endearing and positive character Sushant has ever played. You can't help but have a stupid grin on your face everytime he comes onscreen 😇♥️🥰🦋 Kizie how exactly are you resisting? #DilBecharaTitleTrack pic.twitter.com/RNDXFyysCj

Hey,
You know what?

This pic has not only him but also us! Him Smiling proudly after a stupendous show, and you see all of us there...in him, smiling the same way, watching our Man be the Best of all times, with such PRIDE, I cannot say! ❤✨#DilBecharaTitleTrack pic.twitter.com/QaRHEJPo5K

It's out now..Love his charm and moves ..Go and watch the song and let's break the record once again #DilBecharaTitleTrack pic.twitter.com/EUDWcRAPJh

#DilBecharaTitleTrack is live now go and watch it as much as you can , let's make this song world's most liked and viewed song 😉 pic.twitter.com/M3Zvo0KKQZ

The title track happens to be the first collaboration of Sushant and choreographer Farah. Talking about the song, Farah said, “This song is particularly close to me because it was the first time I was choreographing Sushant. We were friends for a long time but never worked together. I had also promised Mukesh Chhabra that when he makes his directorial debut I would do a song for him. I wanted the song to be done as a one shot song because I knew Sushant would be able to do it perfectly, because I remembered Sushant had once come to a reality dance show that I was judging as a celebrity guest and that's the only time the celebrity guest danced better than the contestants on that show. We rehearsed a whole day and then finished shooting in half a day! As a reward for nailing it perfectly all Sushant wanted was food from my house which I duly got for him. I see the song and all I can see is how alive, how happy he looks in it..and  this song is always going to be very special for me." 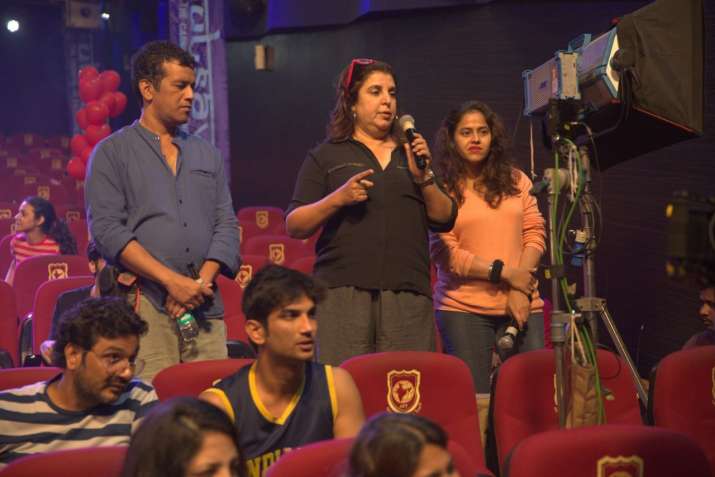 She further added, "Mukesh and I have an unusual bond. He calls me 'didi' since we met 5 yrs ago and I have adopted him as my younger brother. So when he asked me to do a song,  I said yes immediately. I didn’t think for a second, I had to be part of his directorial journey." 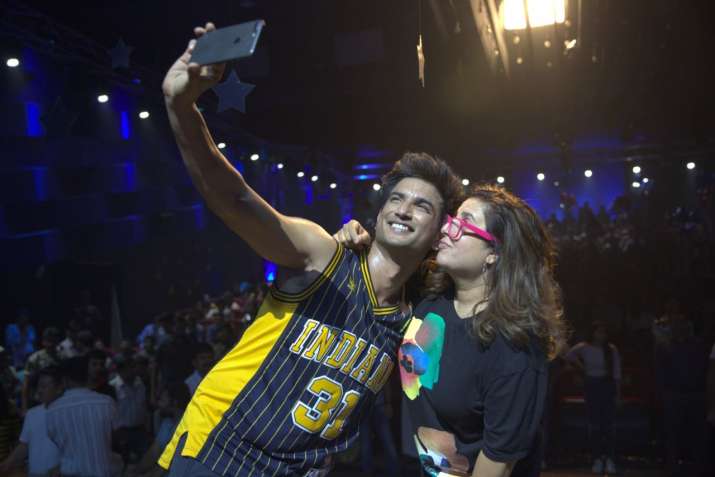 Meanwhile, the director Mukesh Chhabra for whom the film marks the directorial debut speaking about the latest song said, "Dil Bechara track is one of my favourite tracks from the album and it's the last song that Sushant ever shot for. He elaborated on the song saying,"Farah Khan choreographed it and she rehearsed the song with Sushant for a day and then shot the whole song in one shot. That's it. Just one shot. The song picturisation is deceptively simple and Sushant who was a very good dancer, made it look effortless."

Only love ❤️ for you ❤️ waheguru

"Dil Bechara" is the official remake of 2014 Hollywood romantic drama "The Fault in our Stars", based on John Green's popular novel of the same name.

Kai Po Che actor Sushant died by suicide at his Bandra residence in Mumbai on June 14, 2020. He was suffering from depression and was even taking treatment from the Hinduja hospital. The police say he died by suicide; an investigation is underway.