"How's the Josh?" this is what Vicky Kaushal who is playing a Major in the film keeps asking his soldiers in this war-drama. Well, we certainly have an answer to that - the josh (excitement) is going to be higher in the audience to watch and appreciate such action-thriller films in future after watching Uri: The Surgical Strike.

More or less, all of us are aware of the surgical strike that happened in the year 2016. But in case, you don't know, let us remind you that we are not here to go back to the history or spill the beans!

About the story, it is based on true events and the best part is that the incident which the movie is all about 'Uri: The Surgical Strike' comes with its backgrounder. With a creative story-telling, the film is divided into chapters; with a total of five chapters in the film, each chapter supports the story of the film with logical justification.

An actor who is peeled back a layer at a time, Vicky Kaushal as an actor is growing impressively with his every upcoming film. Vicky as Major Vihan Shergill is impressive; one emotional scene where Major Vihaan grieves someone’s death when he wants to cry but has to maintain a dignified silence is just breathtaking.

Television actor Mohit Raina as an Indian soldier did really well in the film. Versatile actor Paresh Rawal is also there playing a significant role. For the actress, while there wasn't much for Yami Gautam in the film but her charm on the silver screen is jaw-dropping.

While the stirring performances of each actor are self-noticing, the direction and the pace of the film keeps its audience engaged in the story -and this -leads us to the next point! 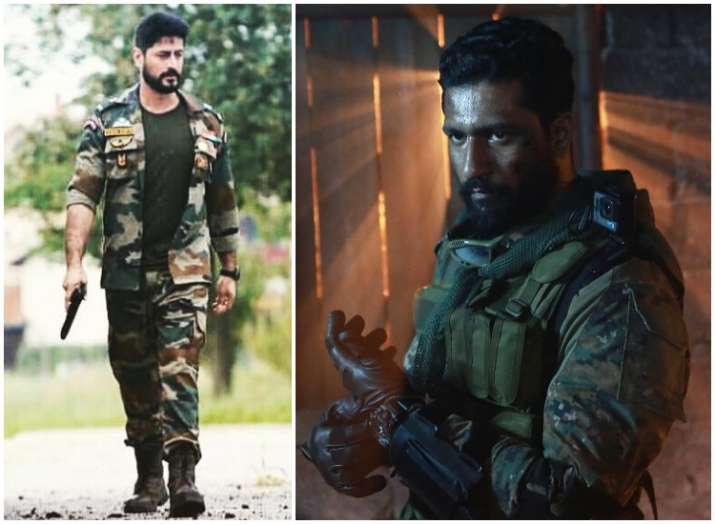 Based on true events, this war-drama has been directed by Aditya Dhar who is making his debut as a filmmaker in the Bollywood industry. There is no denying that Aditya did his finest job in Uri. From the introduction to the tight frames and use of point-of-view shots during gun-loaded action scenes depicts that the director has successfully brought his imagination on the silver screen.

The action sequences of the film look less dramatic and more real on the screen credited to the actors who unquestionably performed it brilliantly.

Speaking of the music and background score of the film, the rhythmic pieces have been incorporated well either to progress the story or make it more impactful for the audience.

Produced by Ronnie Secrewvala, this war-drama flings acceptable reasons to watch it -from star performances to the action sequences. A few people in the bunch of movie-goers will give a thumbs up to the film for its honest making!