Sui Dhaaga Movie Review: Anushka Sharma and Varun Dhawan's film doesn't boast about being perfect. It has flaws yet it manages to tug at your heartstrings.

Three years after Dum Laga Ke Haisha, the storyteller Sharat Katariya came out with yet another neighbourhood tale Sui Dhaaga starring Varun Dhawan and Anushka Sharma. Just like the previous venture, this film is also based around a similar premise of a lower-middle class family who struggles to keep their heads above the water. The treatment remains the same; truthful, tasteful and original. Sui Dhaaga is as raw as it gets, without any decoration or deviation from truth which many of our Bollywood flicks superfluously demonstrate.

Sui Dhaaga gets right to the point within five minutes of its start. Mauji (Varun Dhawan) belongs to a family of former artisans who pulled their hands away from sewing machine after machine-made clothes made it to the market. Fearing the debts and meager income, the entire neighbourhood skilled in the art of silk block print, turns to alternative livelihood. Mauji does odd jobs at shops and in turn, gets humiliated day in and day out by his masters. His wife Mamta (Anushka Sharma), who on contrary is careful about their self-respect, asks her husband to quit the job and do something which he’s an expert in: making clothes. From thereon, Mauji and Mamta embark on a journey to set up their own clothing line- Sui Dhaaga. 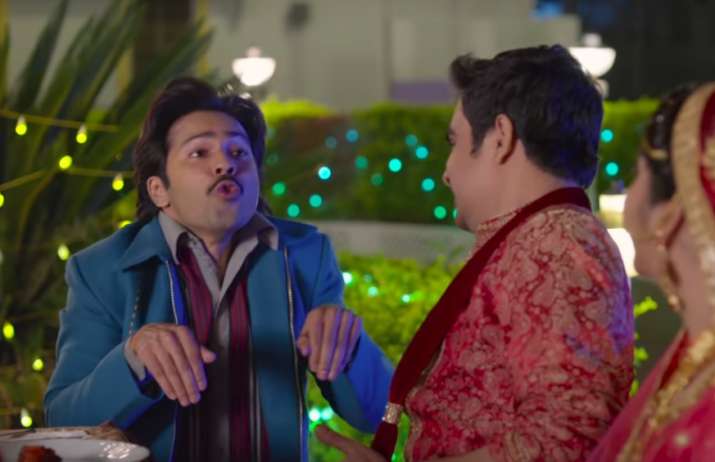 The best part of Sui Dhaaga is its speed. The film is over-speeding right from the word go and we’re not even complaining about it. It gets straight to the point without beating around the bush. The audience is introduced to its principal characters in just a couple of minutes. Time is the key in Sui Dhaaga and so Sharat Katariya didn’t bother to waste a single minute stressing on redundant love stories or songs. Even the songs are picturized in a manner that they didn’t take unnecessary place in the film. Throughout its 120 minutes of runtime, which is quite short for a Bollywood film, you’ll not feel distracted or jaded. 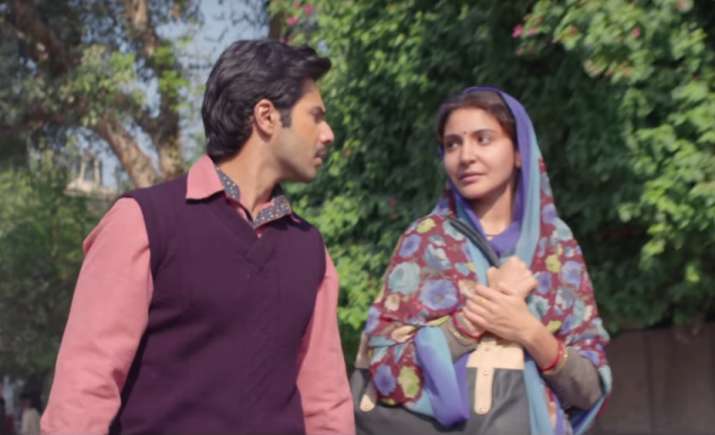 When we’re talking about a Bollywood film which gyrates around a poor man’s dream, we assume that it’s going to have overflowing melodrama and lots of emotional outbursts. However, Sui Dhaaga stands apart from that league of films. The emotions are in right proportions; neither too less to make it stone cold nor too abundant to make it look like a fictional story. Mamta and Mauji are as expressive as they should be. Even Mamta, who is married off to a man who’s not making a good living for himself, isn’t overdramatic. She’s calm, composed and daring enough to let her husband quit his job. 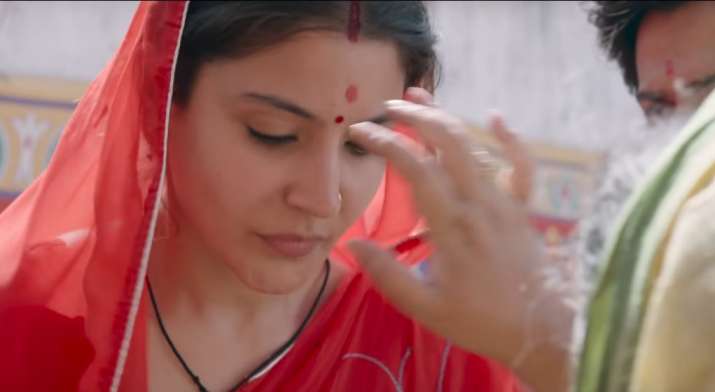 The climax of the film is not stretched unlike most of the inspirational films. There’s not a single monologue (Suprisingly!). Everything takes place in its usual course. It can be a disappointment for those who love the last 15 minutes of melodrama and rush in a Bollywood film. But Sui Dhaaga is definitely not one of them. 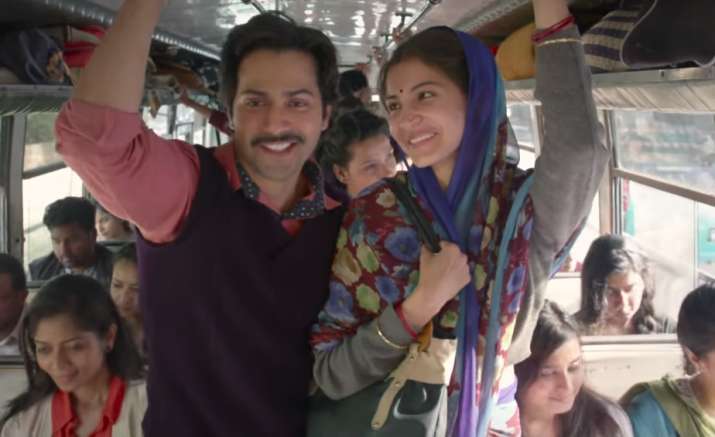 Talking about the acting part, it would be unfair to say that it’s a Varun Dhawan film or an Anushka Sharma film. Both are well-performing their respective parts. Nobody steals the limelight from the others. Every single character of the film, right from Mauji’s mother to the wolfish Guddu, get their fair share of screen time. 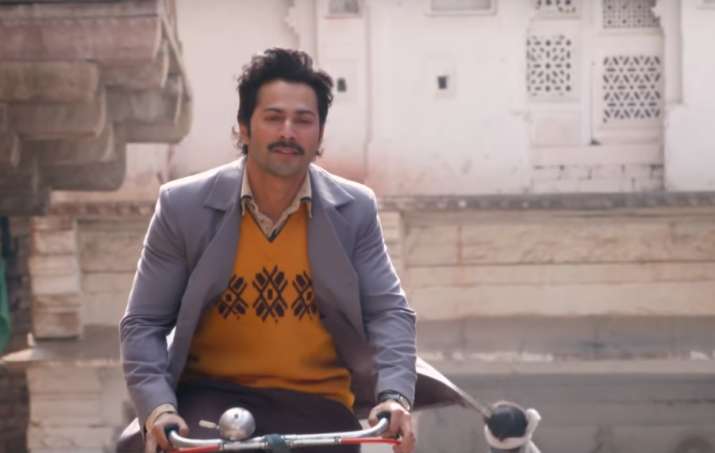 Varun Dhawan has delivered his third content-driven film throughout his filmy career and nobody could say that the guy is not made for such films. We already saw his acting prowess in Shoojit Sircar’s film October and he has once again made a point that he’s an actor not only a number-churning hero. There will be more Judwaa 2, Tu Mera Hero and Dishoom for him in the future. But we do hope that Varun will keep doing films like October and Sui Dhaaga. 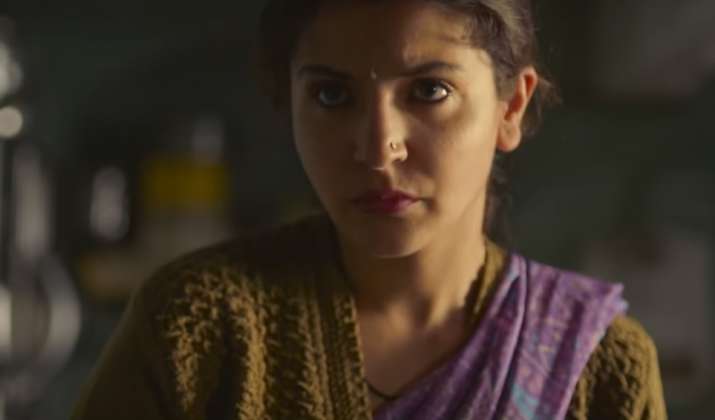 Anushka Sharma was a surprise package. We were doubtful if she would be able to pull off Mamta as she should. In fact, she herself was doubtful about whether she should take the role or not. We are glad she believed in herself and took the role. The dialect didn’t seem forced or stuffed. It looked like it came naturally from her mouth. Kudos to the costume and makeup, it was hard to tell if this coy Mamta is really Anushka Sharma. On the acting part, she nailed it. In fact, her role has panned out really well in the film. Also, her choice of films should also be appreciated. Go watch the film and you’ll know why Anushka agreed to do it.

Coming to Varun Dhawan, we would say only one thing- SAB BADHIYA HAI! Right from his costume, to his language, to his body language, everything was on point. The handsome hunk Varun Dhawan was nowhere to be seen and we’re happy that he hid it somewhere for some time.

The supporting roles were sketched perfectly. Raghuvir Yadav takes the cake here. The credit goes to Sharat Katariya for doing the casting right. The Peepli Live actor did his part so well that it was a treat to watch the funny banter between him and his onscreen wife in the film. The actress who played Mauji’s mother in the film also managed to get some laughs through her gullible yet cute character. 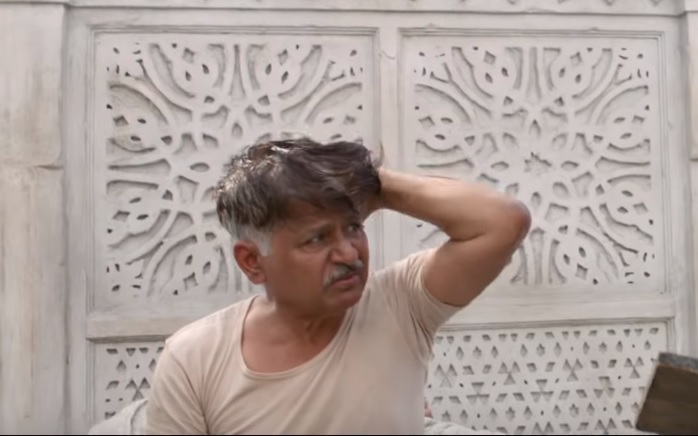 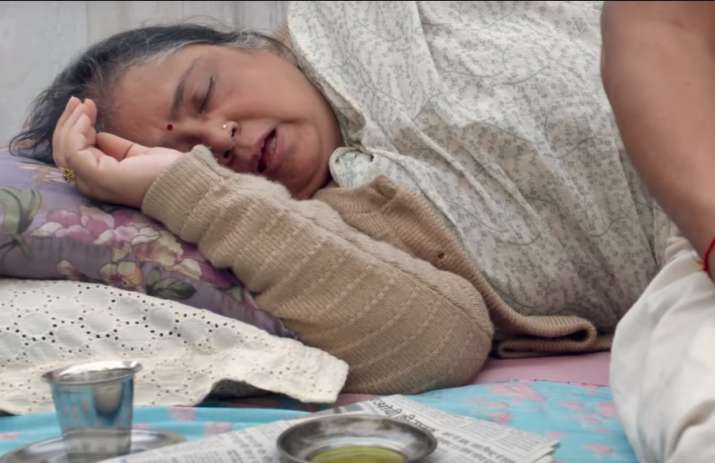 However, Sui Dhaaga wasn’t a smooth ride. It did hit a roadblock or two after the second half began. The part where Mauji and Mamta begin working under a self-proclaimed US-returned designer looked stretched. The film could’ve gone easily without emphasising on that part. A simple brush-through that portion of the story could’ve sufficed.