Stree Movie Review: Rajkummar Rao and Shraddha Kapoor's Stree plays well with both the genres, being spooky and funny at the same time.

Horror comedy, a less trodden path in Bollywood, is not an easy genre as it requires a perfect blend of both comedy and spookiness, film-makers refrain from exploring it lest they get it wrong. However, debutant director Amar Kaushik has done an amazing job with Stree, a horror comedy. Written by Go Goa Gone fame duo Raj Nidimoru, Krishna DK, Stree is packed with hilarious lines, smart performances along with eerie undertones.

Inspired by a 'ridiculous' phenomenon, Stree is set in the historical town of Chanderi, Madhya Pradesh, where men disappear during the four days of puja. A widely-feared spirit named Stree takes away men leaving behind their clothes and the only deterrent is a message written on a wall. Vicky (Rajkummar Rao), Manish Malhotra of Chanderi as he calls himself falls for a mysterious girl (Shraddha Kapoor), who appears only during puja. His friend Bittu (Aparshakti Khurrana) convinces him that his ladylove is the one behind all the mayhem after Stree whisks away their friend Dana (Abhishek Banerjee). 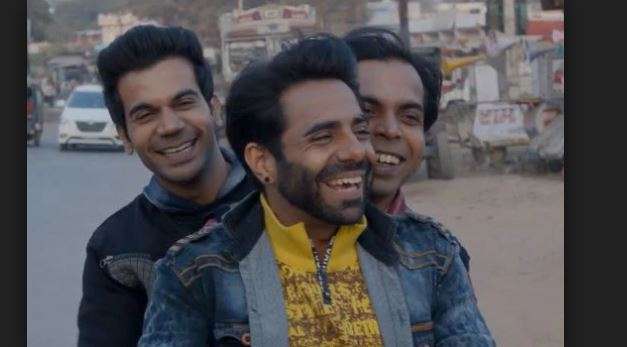 Stree plays well with both the genres being spooky and funny at the same time. However, ghostly moments are less but we don't have any complaints as the cast compensates it with their perfect comic timing. Pankaj Tripathi is an absolute delight to watch on screen and his entry in the movie is enough to evoke laughter. There is nothing this man can't do and with his third collaboration (After Bareilly Ki Barfi and Newton among prominent ones) with an equally talented leading man Rajkummar Rao, he assures to treat you in a surprisingly pleasant way. Pankaj, in the role of a shudh Hindi-speaking librarian, who is researching on Stree, has some of the best lines. He will leave you craving for more. Performances of other supporting actors are also top-notch, be it budding talents like Aparshakti Khurrana (Ayushman Khurana's younger brother) and Abhishek Banerjee or Atul Srivastava, who plays Vicky's father. Writers have let each character to flourish. In one of the scenes, where Vicky's father gives sex education to him will remind you of 2017 film Shubh Mangal Saavdhan.The indirect reference to sex by calling it 'friendship' and that too in pure Hindi will leave you ROFL. However, the beauty of the entire film is that the comedy never seems over-the-top and forced. 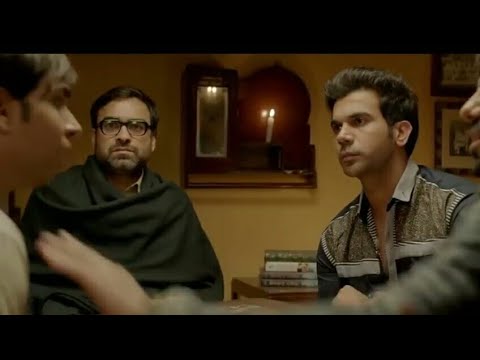 Rajkummar Rao as a reluctant tailor, who thinks he is born to do something bigger plays the small town boy with the same charm and magic. Be it his innocent love or razor-sharp comic timing, Rao excels in every department. Shraddha Kapoor looks pretty and does well in adding to that eerie atmosphere. 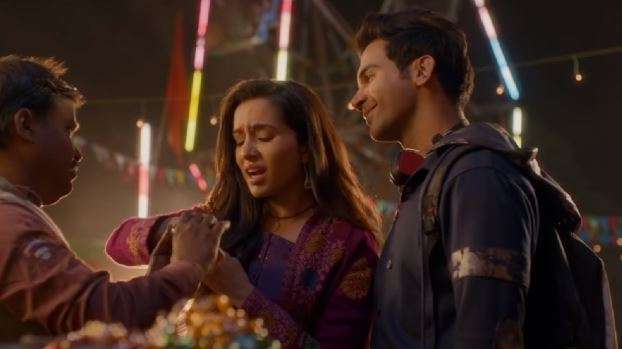 Stree is engaging and it never gets stretched and clumsy. The movie airily goes on treating you with witty one liners and hilarious dialogues. Sumit Arora has to get the credit. From Aadhaar link to peahen reproducing from tears (the most mocked statement of 2017), dialogue writer has done a phenomenal job. Besides the setting of a small town with those blue painted wooden windows, narrow lanes and clustered houses have been well captured by cinematographer, Amalendu Chaudhary. His camera gives you the essence of a small town in a refreshing way. Sachin-Jigar's music is enjoyable. Thankfully, neither the songs have been placed abruptly nor do they slacken the pace. Background score by Ketan Sodha does a pretty good job in scaring its audience.

Stree also takes a jibe at misogyny and chauvinism throughout but it makes you uncomfortable as it also has Nora Fatehi grooving on Kamariya. No, the problem is not with the dance or the feet-tapping track but with the camera that zooms in all over Fatehi. If you keep that and the predictable plot aside, the whole journey is quite well executed. Stree is well-written and despite its absurdities, it triggers good laughter. Amar Kaushik definitely needs an applause for helming such an entertaining watch. It is a 'paisa-vasool'.