Starring Akshay Kumar, Vaani Kapoor, Huma Qureshi and Lara Dutta, the spy thriller Bell Bottom has brazen and justified confidence in its narrative that you cannot help but be charmed about. It is worth a chance in the cinema hall but don't forget to take safety precautions.

With a piece of catchy theme music, classic storytelling gusto and an undeniable strength to find terrains for optimism with every move, Akshay Kumar once again successfully dramatises a real-life story into Bollywood drama with Bell Bottom. Making his job easier and believable is Adil Hussain, who never disappoints with a surprise addition of Lara Dutta. Together they weave a story about a national crisis when an Indian airplane is hijacked by a terrorist group that is forced to land in a foreign country.

Just like its name, Bell Bottom is vintage and it never shies away from being a conventional Bollywood drama headlined by a messiah-in-crisis hero who is driven by a tragic personal story. To add a pinch of thrill, there is a near-impossible deadline fixed by a set of political leaders whose confidence in our hero sways with the clock. To top it off, there's also a villain we all root for to lose. It wouldn't be shocking if this concoction feels stale on the papers but Ranjit M Tewari's brisk direction keeps it engaging and likeable.

The credit also goes to Akshay Kumar who is in his element as he essays the role of a RAW agent who is tasked to rescue a hijacked plane, save innocent lives and beat the hell out of the terrorists. Every time he appears on the screen in his flared pants with Tanishk Bagchi's 'Dhoom Tara' playing in the background you cannot help but cheer for him. Also, because we have already seen him playing such kind of roles in films like  Holiday: A Soldier Is Never Off Duty (2014), Airlift (2016) and Baby (2015) to name a few, it feels like the role of Anshul is cut out just for him. He's so seamless and fitting that you can't imagine anyone else but him for this role! 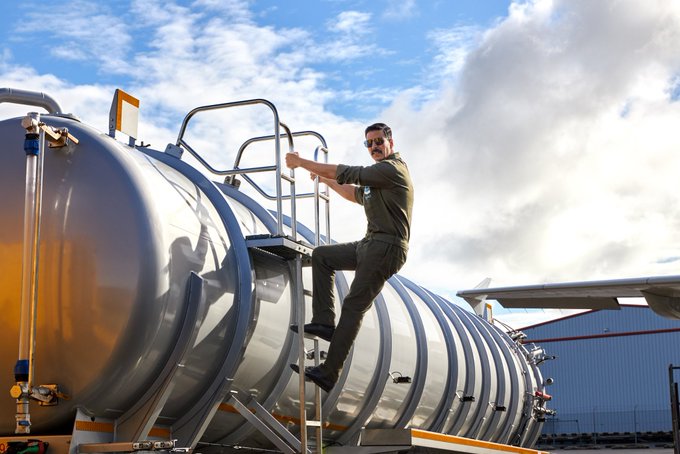 Despite being an out and out Akshay Kumar film, the women of Bell Bottom -- Vaani Kapoor, Lara Dutta and Huma Quereshi -- manage to stand out every time they appear on the screen. Even though they have little screen time, they have compelling parts which they play with absolute precision. And no matter how sharply and analytically you try to look at Lara in the film, she is unrecognisable as former Prime Minister Indira Gandhi. The MUA team does deserve a shoutout!

However, Bell Bottom has its flaws. Clutched in the hands of moral parity, shabby compromises and exhausted vanity, the first half of the film appears sloppy and sluggish. But as soon as you return from a break after the interval, it picks up delivering some whistle worthy punchlines that often manage to evoke laughter.

Written by Aseem Arrora and Parveez Shaikh the movie smartly leads the audience through a build-up involving tense and agitated negotiations between the troops, with each side calculating and re-calculating their strategy with every hour that passes by. As they proceed to the deadline, it feels that either of the sides have their man cracked by their opponents and they're about to lose but somehow they manage to keep up with each other till the very end.

With such an anxious build-up of over two hours, you expect a magnum opus showdown, although what you get is an underwhelming action sequence in a fake sandstorm. Honestly, if it hadn't been on the big screen, the climax would be counted as one of the weakest points in the film. But because it is after so long that we get to see a film in a cinema hall, the sound of pulsating punches, crushing knockouts and the noise of screeching tyres feel like a luxury.

To sum it up, Bell Bottom has a brazen and justified confidence in its narrative that you cannot help but be charmed about. It is worth a chance in the cinema hall but don't forget to take safety precautions.