It is also rumoured that Anushka Shetty and Prakash Kovelamudi have been in a secret relationship for a long time.

For years now, there have been tons of reports on Anushka Shetty's marriage. Time and again, we have read about her marriage speculations with Baahubalico-star Prabhas. In spite of them refuting speculations on sharing any special relationship, reports of them tying the knot have continued to crop up in the media. Recently, it was said that the actress was gearing up to marry a cricketer. Now, there are fresh reports which suggest that Anushka Shetty will tie the knot with filmmaker Prakash Kovelamudi. It is also rumoured that the two have been in a secret relationship for a long time.

The 44-year-old director entered the wedlock with screenwriter Kanika Dhillon in 2014 after reportedly dating her for some time. She has written scripts for his movies like Size Zero and Judgemental Hai Kya. But the couple parted their ways in 2017, citing differences.Kanika Dhillon also said that the reason for their separation are not that crucial as they still remain friends, and had mutually decided to part ways. When quizzed about working together in the future, the director said he would definitely love to work with Kanika as he did in the film, Judgementall Hai Kya, which performed well at the box office 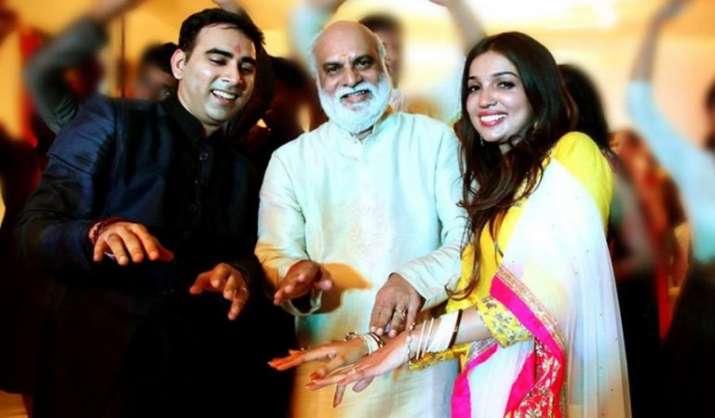 Prakash Kovelamudi teamed him with Anushka Shetty for his venture Size Zero, which was also released in Tamil as Inji Iduppazhagi in 2015.

Prakash Kovelamudi is also an independent film director like his father K Raghavendra Rao. He made his debut in films as a hero with Ramoji Rao's 2002 Telugu romantic film Neetho featuring Mahek Chahal as heroine alongside him. He turned director with the Telugu children's film Bommalata in 2004. He scored a big success with his second directorial venture titled Anaganaga O Dheerudu in 2011.