Avengers: Endgame is just a day away and fans can't keep calm. Those who have been lucky enough to book first-day first show tickets will have sleepless night as they will jumping out in excitement. Before the release, Marvel's superheroes came together for one final showdown. The much-hyped world premiere of Avengers: Endgame was held at the Los Angeles Convention Center. Celebrities such as  Brie Larson, Bradley Cooper, Chris Hemsworth, Scarlett Johansson, Robert Downey Jr., among many more graced the red carpet.

The superheroes aced their fashion game on the red carpet. Captain America Chris Evans and Thor Chris Hemsworth were looking dapper in blue suits. Undoubtedly, their dashing pictures must have made their female fans skip a heartbeat. Besides, there were some who not chose to make a striking appearance by incorporating Avengers symbols in their looks.

Captain Marvel Brie Larson and Black Widow Scarlett Johansson wore Thanos’s Infinity Gauntlet aka the galaxy’s most powerful bejewelled glove with style. Larson wore a Lavender slip dress, which was complemented by a golden Irene Neuwirth cuff and five jewelled rings with tourmaline, aquamarine, and emerald. On the other hand, Johansson sizzled in shimmery thigh-high slit dress. She wore a cuff with chains connecting its multiple rings. Have a look. 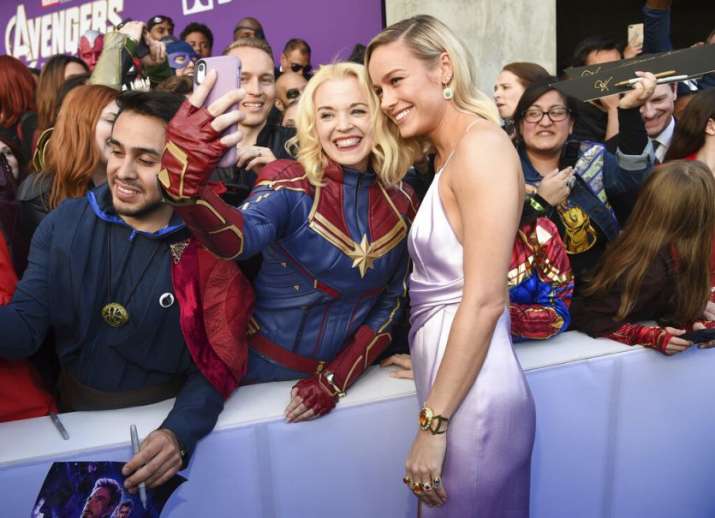 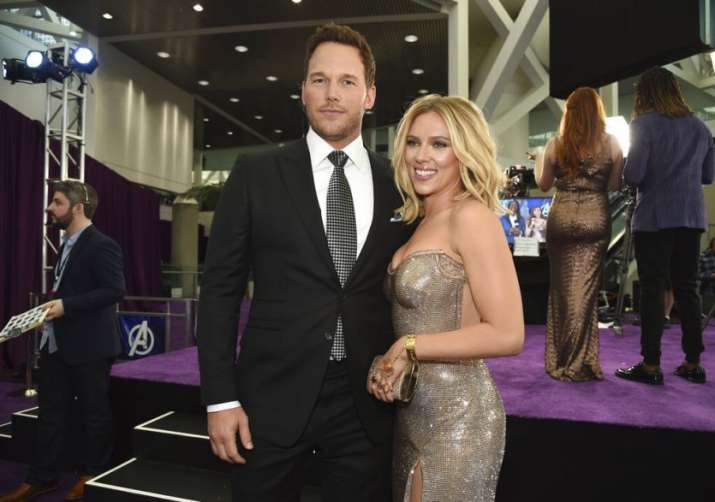 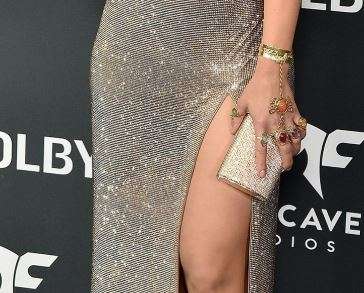 Meanwhile, Robert Downey Jr. arrived with Susan Downey in colour-coordinated black outfits. Our very own Iron Man made an epic entrance in an E-tron car. On the other hand, while Benedict Cumberbatch, who plays Doctor Strange looked debonair in dark blue suit with black shades, Mark Ruffalo aka Hulk wore burgundy suit with a black tie. 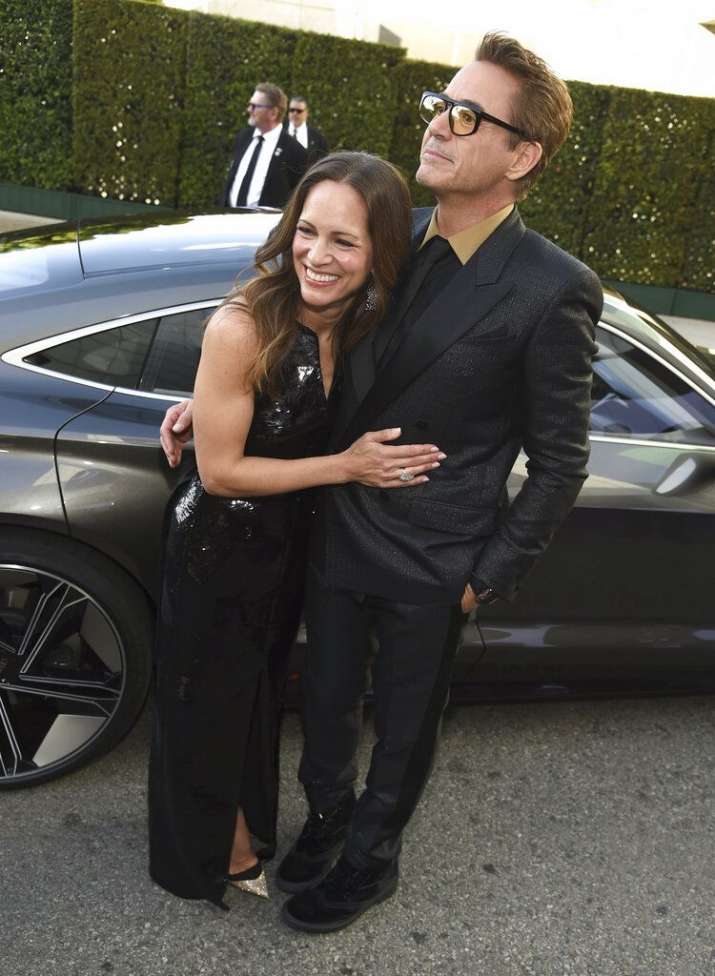