Dilip Kumar died on Wednesday following prolonged illness at a city hospital. "With a heavy heart and profound grief, I announce the passing away of our beloved Dilip Saab a few minutes ago. We are from God and to Him we return," said the thespian's longtime aide Faisal Farooqui in a tweet.

The world lost a gem as actor Dilip Kumar breathed his last on July 7. The legendary actor was admitted to the hospital in Mumbai on June 30 due to age-related illnesses. He passed away on Wednesday in the presence of his loving wife Saira Banu. As he left a void in everyone's hearts, many film and TV celebrities took to social media to share their memories with the actor. Veteran Bollywood actress Shabana Azmi also shared a throwback picture with Dilip Kumar from their meet with Sharad Pawar during the Mumbai riots.

In the picture, Shabana Azmi and Dilip Kumar can be seen holding files as they discus something with the political leader. Azmi wrote, "During the Mumbai riots #Dilip Saheb and me with #Sharad Pawar ji."

The actress also visited Dilip Kumar's home to pay her last respect to the actor before the funeral. 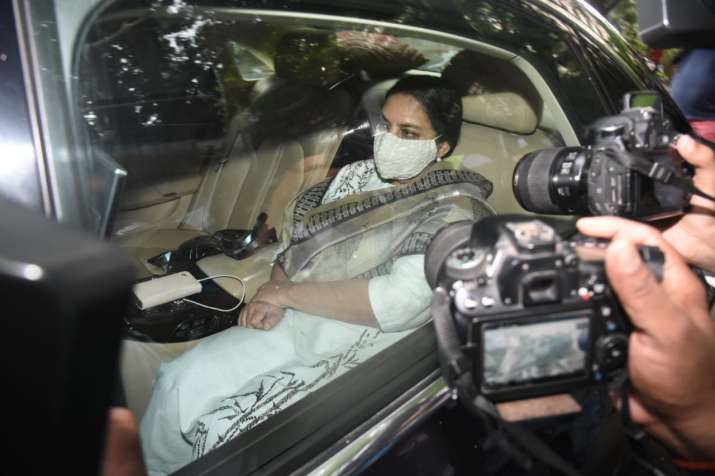 Akhtar said the screen icon, who pioneered the natural style of acting in films when most of his contemporaries were known for their mannerisms, was an institution of acting for future generations. "Dilip Saab did not go to any training institute but he became a training institution for generations of actors that came after him. He provided wheels to the younger generation who may not even know who invented the vehicle on which they ride," he added.

Dilip Kumar is most famous for his work in films like "Mughal-e-Azam", "Devdas", "Naya Daur", and "Ram Aur Shyam", "Shakti" and "Karma", among others.