Vicky flaunted his self-timer selfie on his Instagram handle and looked as fresh as ever. His new look is winning hearts and how. Read on to know more

Vicky Kaushal is a young heartthrob and knows the subtle art of stealing hearts through his onscreen performances. Once again, the actor has left his fans awestruck but this time by his latest picture. Yes, recently the actor shared a selfie on his social media handle which is gathering attention from all his fans.

Vicky took to his Instagram handle and shared a self-timer selfie where he is looking as radiant as ever while wearing a white shirt and staring straight into the camera. Captioning his pic he wrote, "Cell se li gayi safed shirt mein self-timer par self ki savver-time ki selfie."

Well, this also proves that he is an early riser. His fans went crazy after seeing him posting an early morning pic and started commenting on his post.

A user wrote, “I was feeling quite low and here you're making me happy without even knowing,” while another one said, “Vicky Bhaiya Chaa Gaye”

Take a look at the fans reactions on Vicky’s morning selfies: 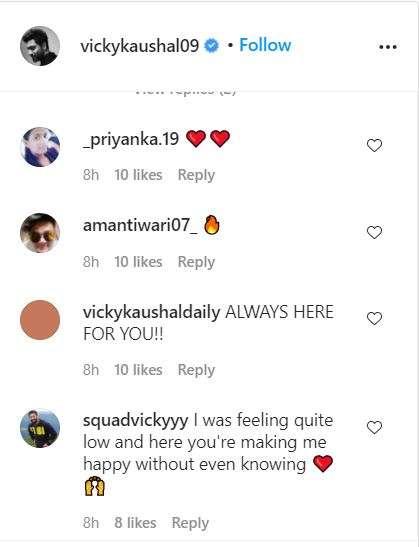 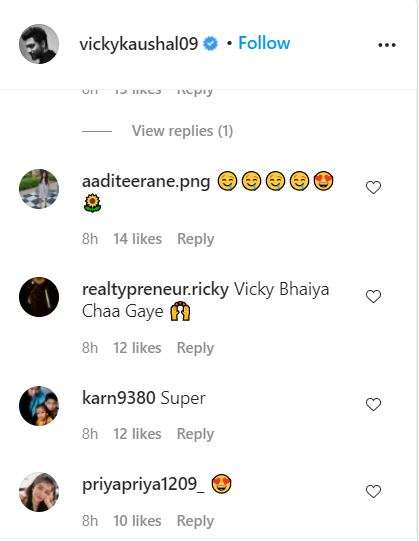 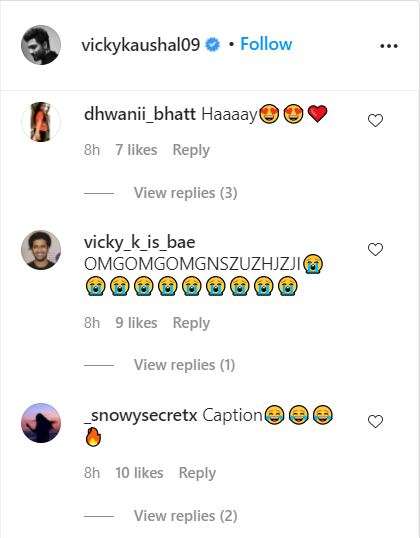 The actor came under the scanner of NCB after an old video featuring him at Karan Johar’s party went viral.

Meanwhile, on the professional front, Vicky was last seen in Karan Johar’s horror film Bhoot. Now the actor is all set to play the role of field marshal Sam Manekshaw in his upcoming film Sardar Udham Singh.

Talking about his personal life, rumours are doing rounds that Vicky is dating actress Katrina Kaif. The duo are often snapped during their outings together which add fuel to the whole speculation. However, neither Vicky nor Katrina has mane any confirmation regarding the same.