Bollywood actor Varun Dhawan on Wednesday took to his Instagram to alert the fans about the fake social media profile of his brother Rohit Dhawan. The actor revealed that Rohit isn't on social media and there have been fake profiles made in his name.

Varun Dhawan's brother Rohit Dhawan is a filmmaker. He has directed films like Dishoom and Desi Boyz. 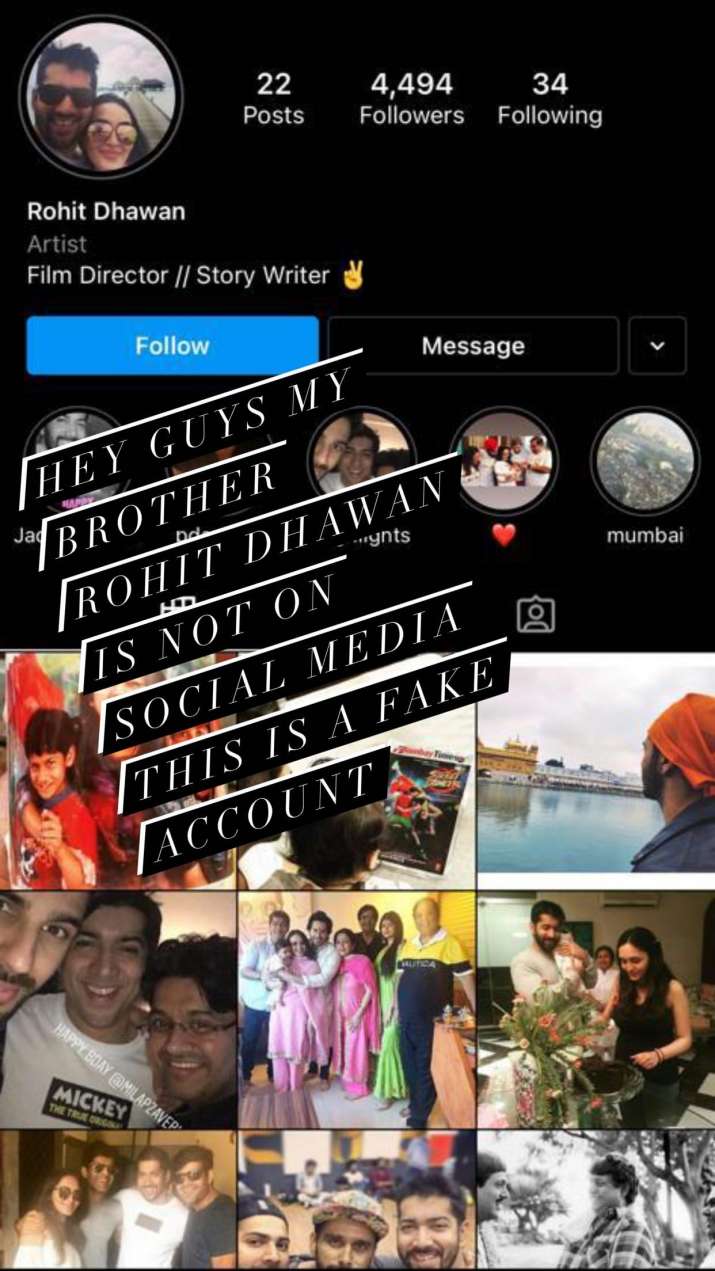 Varun Dhawan and his longtime girlfriend Natasha Dalal finally tied the knot in an intimate ceremony at Alibaug's luxurious resort The Mansion House on January 24. The duo looked dreamy in ivory outfits and said their vows amid family and close friends. Only a selected few were invited from the industry considering the COVID19 norms including Karan Johar, Zoa Morani, Kunal Kohli and Shashank Khaitan and designer Manish Malhotra.

On the professional front, Varun Dhawan was last seen in Coolie No 1 reboot co-starring Sara Ali Khan. The film became the most-watched Christmas release on Amazon Prime Video despite not so great reviews. It was directed by Varun's father David Dhawan who had directed the original film starring Govinda and Karisma Kapoor as well.

He will next star in Jug Jug Jeeyo alongside Anil Kapoor, Neetu Kapoor and Kiara Advani. Directed by Raj Mahta, the star cast had recently completed a schedule in Chandigarh.