Kangana Ranaut's Bandra office was demolished by the BMC. This came after her remark where she compared Mumbai with PoK when Shiv Sena MP Sanjay Raut where he asked her not to come back to Mumbai. Her office was something she dreamt of for 10 years.

There's no denying about the fact that Kangana Ranaut is one of the fearless personalities who knows what she's speaking and doing. But what is the price a woman like her has to pay? Demolition of her dreams? Demolition of the place that she built with her hard-earned money? For those still living under the rock, the actress courted controversy with her recent comments about the Mumbai Police and Maharashtra after Sushant Singh Rajput's death. The BMC on Wednesday demolished 'illegal alterations' at her Bandra office. This came after Kangana's remark where she compared Mumbai with PoK when Shiv Sena MP Sanjay Raut where he asked her not to come back to the city after she claimed she felt unsafe in the city. Her Pali Hill office was something she dreamt of for ten years.

An excited Kangana after her office got ready last year even shared a BTS video that showcased her work studio. Sources claimed that the total landing cost of the dream studio was approximately 48cr along with reconstruction and rebuilding the place from scratch. Not just the video, she even got a photoshoot done at her magnificent workplace.

The studio before the demolition by the BMC looked dreamy and showed how inclined the actress is towards beauty and aesthetics.

Sadly, the customized and handmade furniture that she picked with all her heart was broken by the BMC officials on Wednesday.

What was Kangana Ranaut's fault? A lot of people have been asking this question on social media. The BMC came in for flak for the demolition, with some critics saying she was targeted while other defaulters were spared.

The fast-paced developments came barely hours after the BMC pasted a notice outside the office rejecting a reply filed by Kangana's lawyer, Rizwan Siddique, to the Tuesday (September 8) notice in which the civic body had listed a series of violations in the ongoing works in her office. The BMC Executive Engineer said that he was satisfied that the (illegal) works were being carried out and the actress had failed to produce the permissions/approvals/sanction for it as per the BMC laws.

"Therefore, the work carried out by you as mentioned in the notice schedule is declared as unauthorized," said the Executive Engineer. He also said that the ongoing work on the premises was not stopped and warned that it is "liable for forthwith demolition at your risk, cost and consequences". 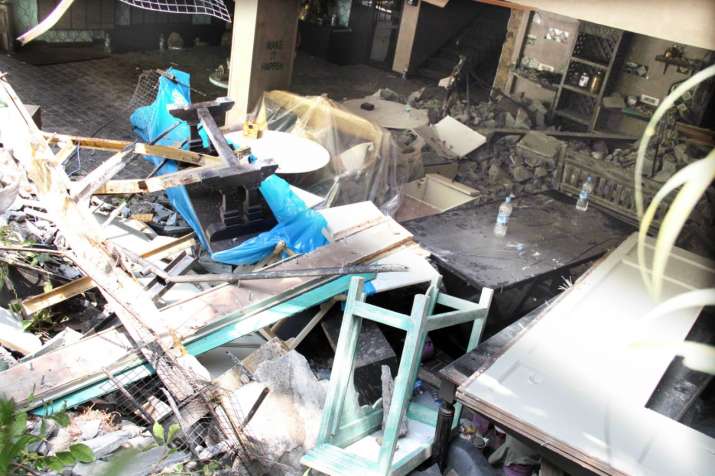 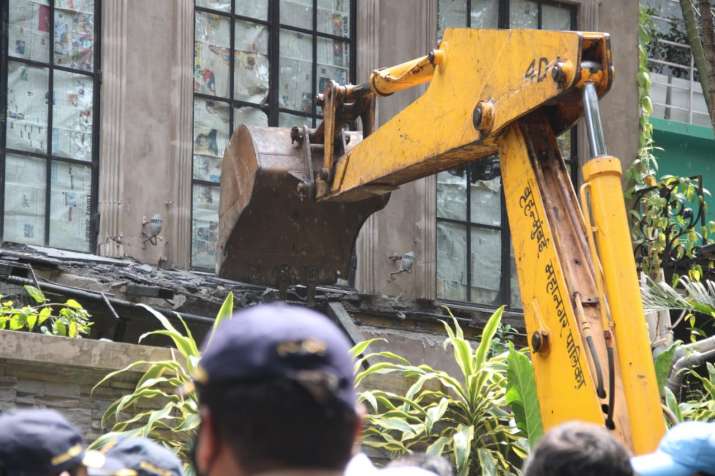 Kangana's lawyer Rizwan Siddiqui said, "The BMC is lying. It's lying on record (about illegal construction at the bungalow). They said they have given stop-work notice. But such notice is given when the construction process is underway." "There is no construction going on at the place. It was over about one-and-a-half years ago," he added. Siddiqui said that even as the BMC officials were told that they have moved the Bombay High Court against the demolition, the civic authorities did not stop the process.

"They rejected our reply at 10.19 am. Immediately, we moved the court (HC) and served the copies (of the plea) to BMC office as well the official present on the spot," the lawyer said. "I also told them that the matter is in the court. Despite that they didn't stop the demolition. The work stopped

only after the HC gave a stay on it," he added.

Her final statement came in the form of a video that was targeted towards Maharashtra Chief Minister Uddhav Thackeray as she said, "Udhhav Thackeray, do you think that you along with the film mafia broke my house and took big revenge? Today my home is broken, tomorrow your ego will be broken. This is the wheel of time. Remember this. It doesn't always remain the same. I think you have done me a huge favour because I always knew what the Kashmiri Pandits have gone through, today I felt it."

She then promised to make a film on Kashmir and Ayodhya. "Today I promise to the country that I will not only make a film on Ayodhya but also on Kashmir, and awaken the citizens of the country, because I knew this would happen to us but if it has happened with me it means something. Uddhav Thackeray, it's good that this hatred and terrorism happened with me because it means something. Jai Hind. Jai Maharashtra," she said.

-With inputs from PTI