Suhana Khan misses her heels as she poses beside her bestie

Shah Rukh Khan's daughter Suhana Khan enjoys a massive fanbase on her social media account. It seems that she was missing her heels as she posted pictures with her bestie in New York.

Shah Rukh Khan's daughter Suhana Khan enjoys a massive fanbase on her social media account. The Starkid on Sunday took to her Instagram and dropped a picture from her party with a friend. It seems that she was missing her heels. Suhana opted for high- waist jeans and a turtle neck top for the party. She completed the look with boots and was seen posing next with her friend.

Her friend chose to wear a full-sleeved top and cargo pants paired with high heels. The mood for the night was set with a neon light in the background. Sharing the picture on Instagram Stories, Suhana wrote, "Probably should've worn heels," with an upset face emoji. 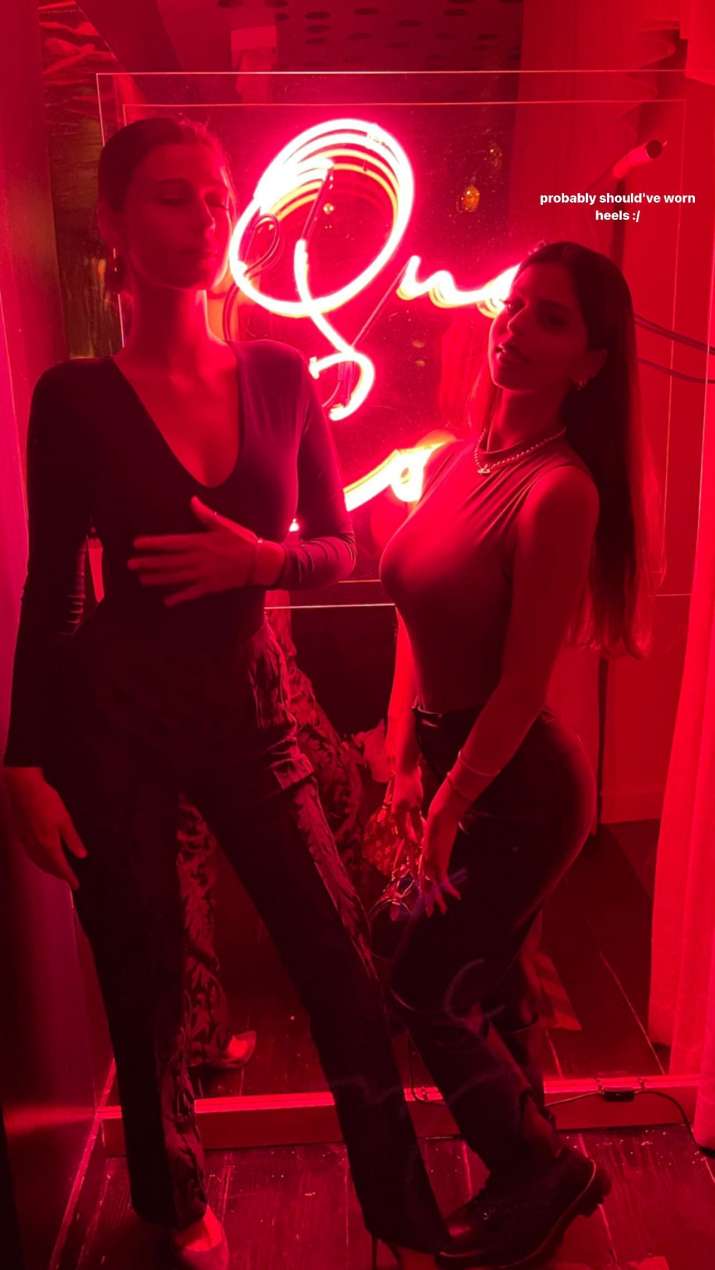 Suhana is currently in New York, after spending time in Mumbai during the lockdown. Suhana keeps sharing some glimpses from her New York stay. From beautiful views of the snow from her apartment to some glamorous pictures from the party night out with friends and her selfies.

Suhana is currently studying filmmaking in New York. Last month, Shah Rukh and son AbRam had dropped her off at the Mumbai airport under high security. She studies at the Tisch School of the Arts at New York University. Like her father, Suhana wants to become an actor. She starred in a production of William Shakespeare’s play Romeo and Juliet in London.

Shah Rukh praised her performance in an Instagram post and wrote, "With my Juliet in London. What a wonderful experience and exceptional performances by the whole cast. Congratulations to the whole team."