Taking to her Instagram Story, Samantha talked about 'change.' She said 'If I wanna change the world, I should change myself.'

Samantha, who is an avid social media user, recently announced her separation with Naga Chaitanya. The couple, popularly known as Chay-Sam, confirmed the news in an official statement on their respective social media handles. Not just this, after the separation post, Samantha had turned off all comments for that particular post. Now, taking to her Instagram Story, 'The Family Man' actress talked about 'change.' She said 'If I wanna change the world, I should change myself.' 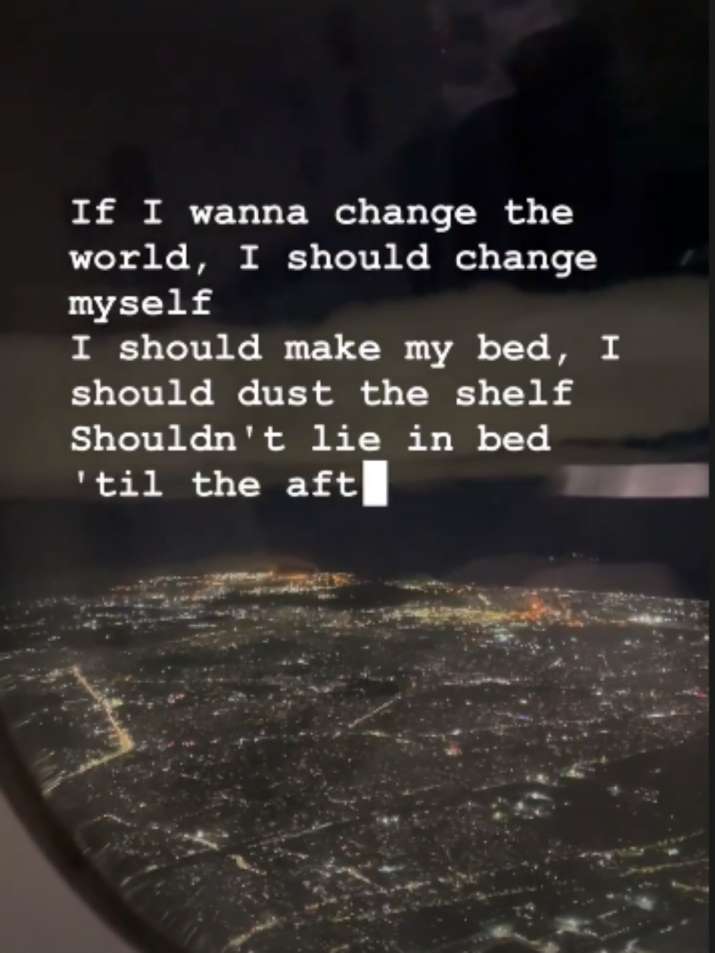 Meanwhile, Samantha and Naga Chaitanya met on the sets of their debut film 'Ye Maaya Chesave' in 2009 and after dating for several years, the couple tied the knot in 2017 but their fairytale has come to an end. Rumours of their divorce started doing the rounds when Samantha dropped 'Akkineni' from her social media accounts.

Ending the speculations, Samantha announced, "To all our well wishers. After much deliberation and thought Chay and I have decided to part ways as husband and wife to pursue our own paths. We are fortunate to have a friendship of over a decade that was the very core of our relationship which we believe will always hold a special bond between us."

She requested fans for privacy and wrote, "We request our fans, well wishers and the media to support us during this difficult time and give us the privacy we need to move on. Thanking you for your support."

On the professional front, Samantha Akkineni was last seen in the popular web series 'The Family Man 2' and bagged Best Female Performance (Series) award at the Indian Film Festival of Melbourne. She will next be seen in Gunasekhar's mythical film 'Shaakuntalam.