Popular Telugu and Tamil film actress Samantha Ruth Prabhu dropped 'Akkineni' from her name on social media accounts and changed it to 'S'.

Such is celebrity fandom that every little detail about film stars become a topic of discussion among their fans on the Internet. Be it posing for the paparazzi for pictures or changing their name on social media. Recently, popular Telugu and Tamil film actress Samantha Ruth Prabhu dropped 'Akkineni' from her social media accounts and changed it to 'S'. Soon after, all eyes turned to the actress making fans wonder what led the actress to go for the change.

Before this, the actress used 'Samantha Akkineni' for all her social media accounts. Now, her Twitter and Instagram handles have 'S' in place of her name. Whereas, her Facebook account still has 'Akkineni' on it. Eager fans have been discussing about the change. While some are speculating it to be a personal choice, others think it could be for her upcoming film "Shakuntalam". 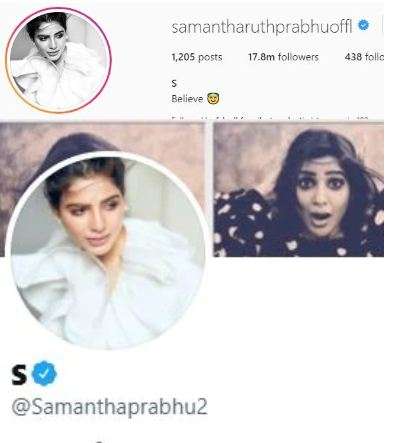 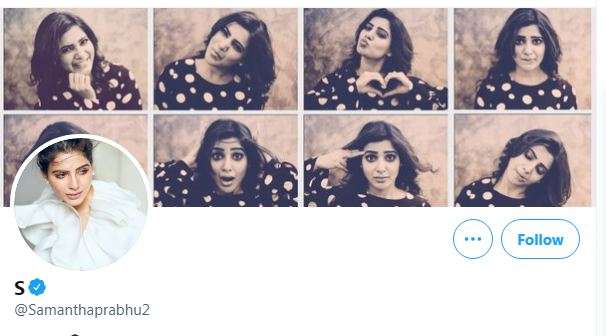 For the unversed, Samatha Ruth Prabhu is married to actor Naga Chaitanya. The actress took his last name after their wedding. Samantha and Naga Chaitanya were seen together in the film 'Ye Maya Chesave' in the year 2010. After a whirlwind romance, they got married in the year 2017.

On the work front, Samantha was lauded for her role in the web show Family Man 2 from all corners. The actress garnered praise for her role of Raji, which marked her debut in the Hindi entertainment industry.

Talking about her films, last seen on the big screen in "Jaanu" (2020), the actress will next be seen in Tamil film "Kaathu Vaakula Rendu Kaadhal" and Telugu film "Shaakuntalam".