Saif Ali Khan, Kareena Kapoor and Taimur who were on their way to Pataudi Palace forgot the route to home and here's what happened next.

Better late than never saying came true for actor Saif Ali Khan who forgot his way back home to Pataudi Palace. The Sacred Games actor in order to celebrate wife Kareena Kapoor Khan’s birthday on September 21 with family took out to reach his ancestral home at Pataudi Palace. The couple was spotted at the Delhi airport with their son Taimur later in which they booked a cab that would lead them to Haryana.

While on the way the family misjudged the route and decided to take help from the locales of the town. The actor stepped down from his SUV and shocked the people nearby with his presence. Kareena and Taimur were spotted sitting at the back seat of the car. Their fans started clicking pictures with the actor that soon went viral.

Have a look at the pictures: 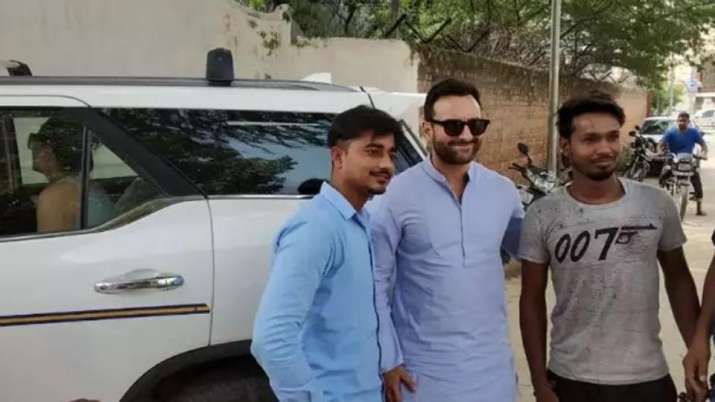 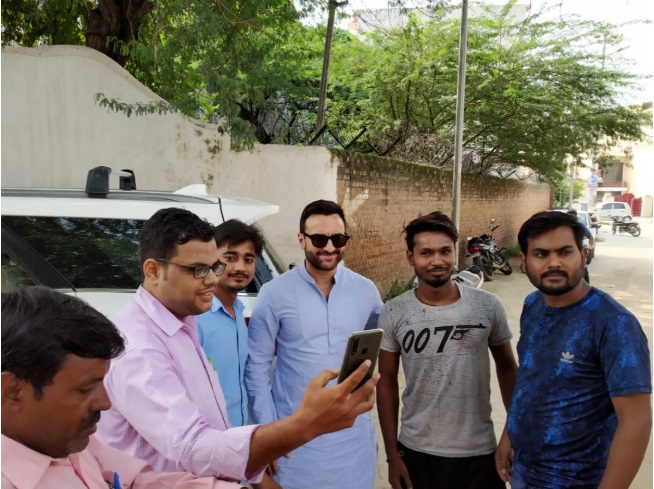 Previously, they were spotted by the shutterbugs at the airport where the dotting daddy carried his son on his shoulders. Saif and Taimur were found twinning and white and blue while Kareena sported the airport look well with her grey t-shirt, blue denim, brown jacket, nude makeup, open hair, and dark shades.

On the work front, Kareena is seen judging the reality show Dance India Dance 7 while Saif will next be seen in Laal Kaptaan in which he will be seen playing the role of a Naga sadhu.