Richa Chadha and Ali Fazal to reportedly have a monsoon wedding, deets inside

Richa Chadha and Ali Fazal who met each other on the sets of Fukrey have been together for over five years now. Is the duo planning to get married in June this year? Find out.

Seems as if actress Richa Chadha and boyfriend Ali Fazal will become the first Bollywood couple to get married this year! The couple who fell in love on the sets of Fukrey in the year 2013 have been dating for five years now and if the reports by Mumbai Mirror are to be believed, they are all set to take their relationship to the next level. A source close to the couple informed about the same and revealed that the duo is planning to get married during the monsoon season and the preparations have already begun.

The source was quoted by the portal, "Richa and Ali are very happy together and are keen to take the next step to further consolidate their bond. Though they are looking at June-July to formalise the relationship, their preference is the first half of June." Adding further, the source said, "As of now, Mumbai and Delhi have been finalised as the venues for the functions. Both the families are drawing up a list of potential venues, but they will be finalised only after the date is set."

Richa and Ali's friendship bloomed during the shooting of Mrighdeep Lamba’s Delhi-based buddy comedy. The source said that they started dating within two years of Fukrey as they found common ground in a mutual interest in arts. However, at that time they decided to keep it low-key and made it public only in September 2017 when Richa accompanied Ali to the premiere of his Hollywood film, Victoria and Abdul, at the 74th Venice International Film Festival. 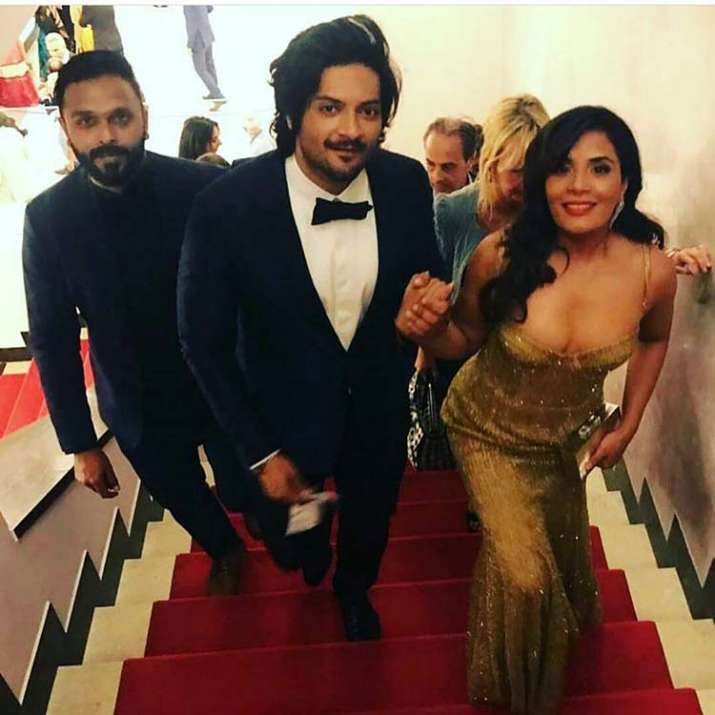 The duo has not confirmed the news of the wedding till date. In fact Richa during the promotions of Ashwiny Iyer Tiwari’s recently-released Kangana Ranaut-starrer Panga said, "Right now, I don’t really know if I believe, I mean only if you decide to have children, you should get married. It’s nothing short of a miracle that two people who have similar backgrounds, two normal, regular people from middle-class upbringings got together. Two people with a similar value system got in this pool of showbiz. We found each other, and we are happy with each other. I think that itself is a huge miracle."

Where Ali was asked the same question to which he said, "We’re two mature individuals, so we know what we want to do, how and when we want to do certain things. Our families are co-operative, they understand and are ready to give us time."

On the work front, Ali will next be seen in the Hollywood film 'Death On The Nile,' which is based on Agatha Christie's bestselling novel of the same name. While Richa's next is Subhash Kapoor's 'Madam Chief Minister.'