Bollywood sibling duo Rhea and Sonam Kapoor had a fun night as they partied with actresses Swara Bhasker and Nora Fatehi. Take a look at fun pictures from the night here.

Sibling duo Sonam and Rhea Kapoor had a fun night on Tuesday when they were joined by their close friend Swara Bhasker. Going by the pictures doing rounds on the Internet, the trio who has been friends for a long time had a fun time together. Also joining them was actress-dancer Nora Fatehi. Taking to her Instagram stories, Swara gave fans a glimpse of their intimate get-together.

She posted a series of fun pictures from the night. In the first post on her Instagram stories, she is seen posing with Rhea Kapoor, who tied the knot with her longtime boyfriend Karan Boolani just last month. While Swara kept it chic and neat in a black dress, Rhea looked gorgeous in a white dress. “With the latest and coolest bride on the block…@rheakapoor making marriage seem like a vibe!” Swara wrote over the selfie.

The next post had Nora and ace fashion designer Sandeep Khosla with Swara. “The hottest peeps in the room..and me!”, she wrote. Finally, she posted a picture with actress Sonam Kapoor. The two looked stunning in black outfits, to say the least. Swara posted a heart emoji over the post. Take a look: 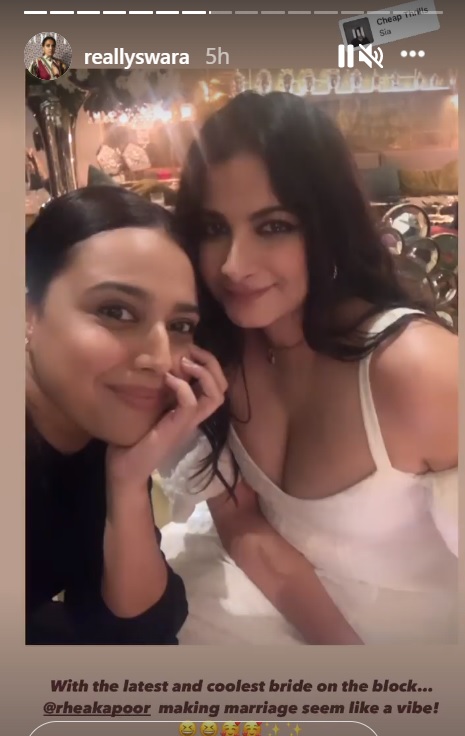 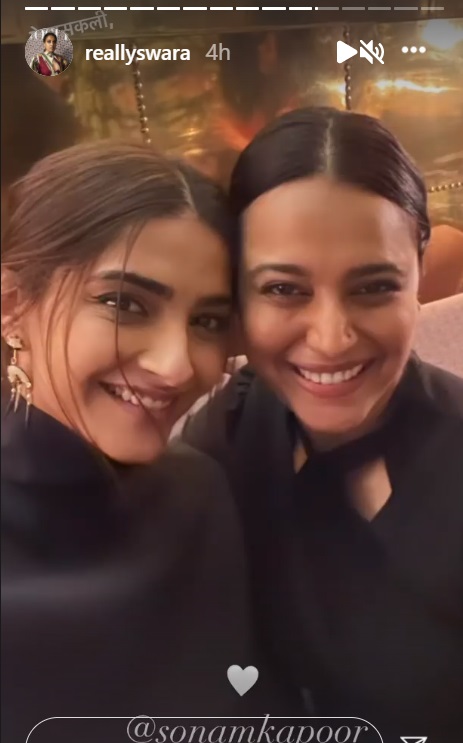 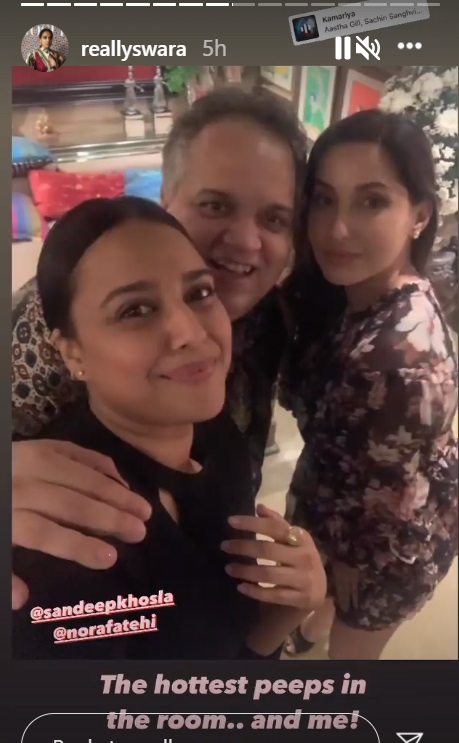 For the unversed, Rhea Kapoor is known for producing films such as 'Aisha', 'Khoobsurat' and 'Veere Di Wedding'.

Rhea is the senior actor and his costume designer wife Sunita Kapoor's younger daughter. Karan Boolani has been working with Anil Kapoor's production house and most recently co-directed the Netflix series 'Selection Day' based on Aravind Adiga's novel of the same name.