After recently confirming his relationship with Miheeka Bajaj, Telugu superstar Rana Daggubati made it official with a Roka ceremony on Thursday. The couple took to Instagram to share pictures from what appeared to be an intimate affair. In the photographs, Rana is seen beaming with joy in a white shirt with a matching white dhoti. Miheeka looks stunning in an orange-gold sari with a yellow and pink border, teamed with a heavily-embellished blouse and chunky ethnic jewelry. She left her hair open and wore subtle make-up. Soon congratulatory messages started pouring in by actors Shruti Haasan, Anil Kapoor, Baahubali co-star Anushka Shetty, Dia Mirza, Sonam Kapoor's sister Rhea Kapoor, husband Anand Ahuja among many others.

For the daytime ceremony, the couple opted for a colourful, floral decor and fairy lights. "And it's official," the "Baahubali" star captioned a picture of the couple. Miheeka also shared photographs of the ceremony and wrote "To the beginning of forever."

Check the photos out:

Now, have a look at the comments from various celebrities on their posts: 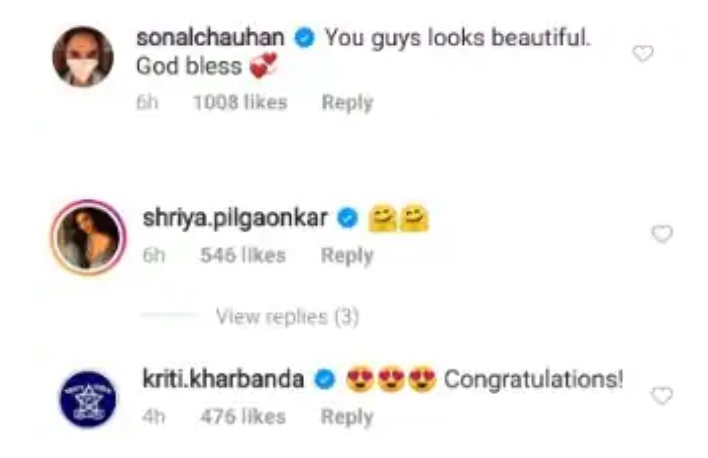 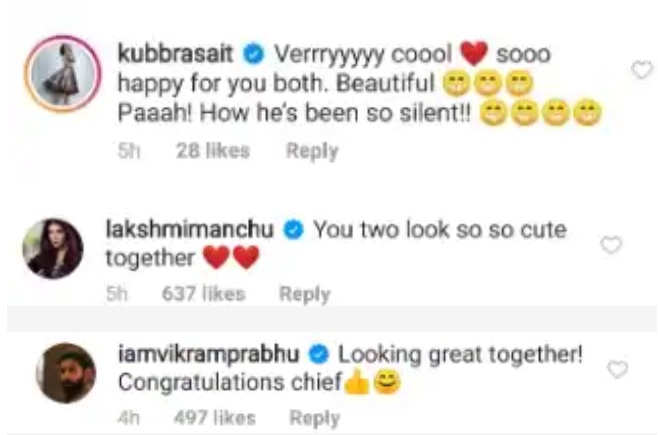 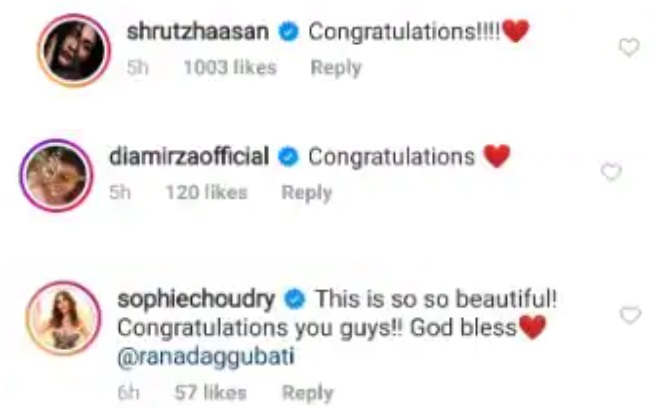 Earlier this month, Rana had made his relationship with Miheeka public. Sharing a photo with his Miheeka, the actor wrote on Instagram: "And she said yes! #MiheekaBajaj." He used a red heart emoji along with his caption.

Rana, who gained tremendous fame for essaying the role of Bhallaladeva is SS Rajamouli’s Baahubali: The Beginning and Baahubali: The Conclusion, has a number of films lined up for the year. He will next be seen in Tamil film Kaadan, which has also been shot in Hindi as Haathi Mere Saathi. The release of the film, directed by Prabhu Solomon, has been delayed due to the COVID-19 pandemic.