Akshay Kumar, Nushrratt Bharuccha and Jacqueline Fernandez flew to Ayodhya for the mahurat shot of their forthcoming film Ram Setu.

Bollywood actors Akshay Kumar, Nushrratt Bharuccha and Jacqueline Fernandez flew to Ayodhya for the 'mahurat shot' of their forthcoming film Ram Setu. The trio was spotted at the Kalina airport in Mumbai ahead of their private flight on Thursday. Akshay took to his social media handle and shared a candid photo with the two leading ladies before boarding the private plane. Reportedly, it was producer Chandraprakash Dwivedi who came up with the idea of shooting the mahurat shot at Ayodhya.

Akshay looked dapper in a black shirt paired with olive green trousers. On the other hand, Jacqueline wore a white printed suit with a same coloured sheer dupatta. Whereas Nushrratt donned a white and pink all over dress with silver jewellery. In the pictures, Akshay was in cheerful self and gave a quirky pose to paparazzi, i.e,  in front of a signboard that read, 'Work in progress, inconvenience is regretted'. 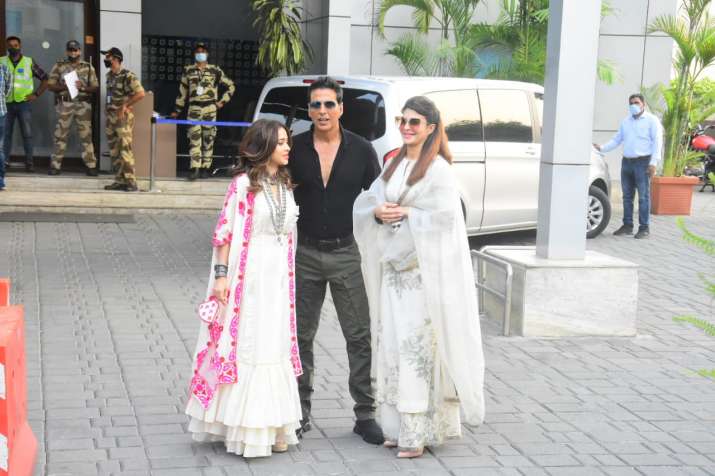 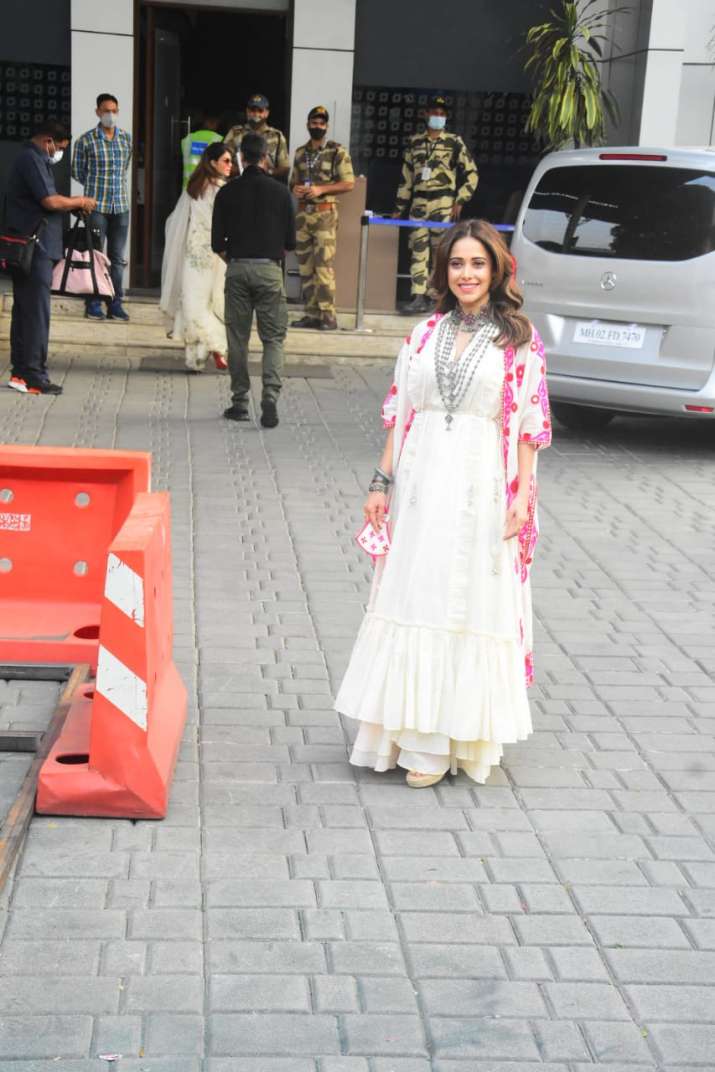 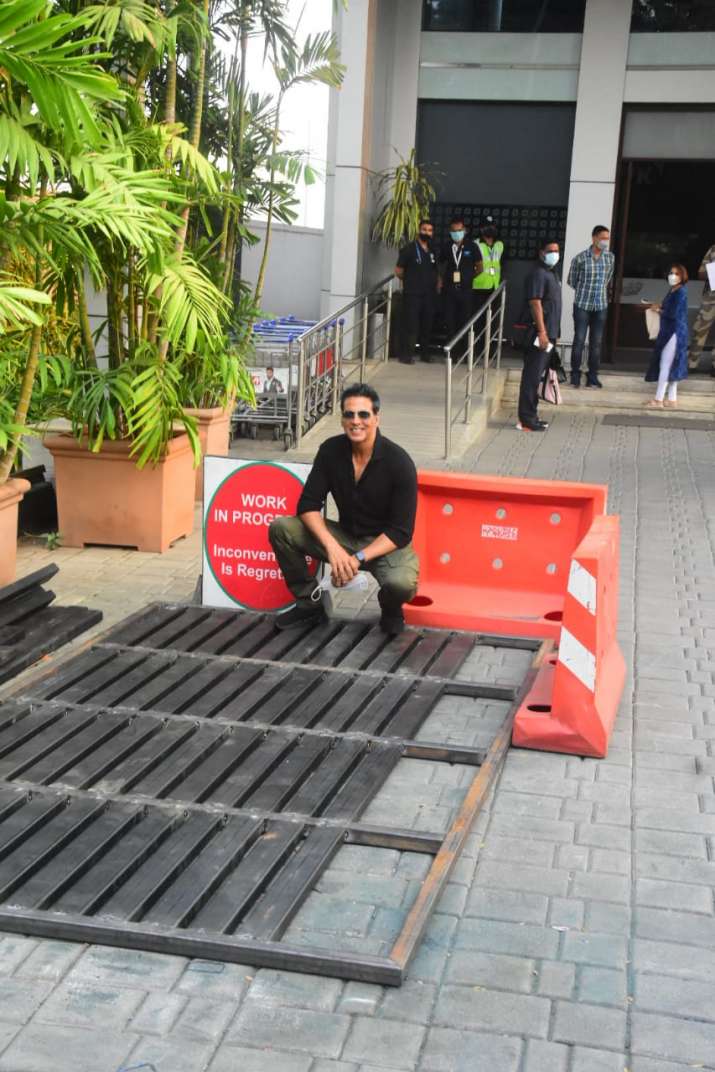 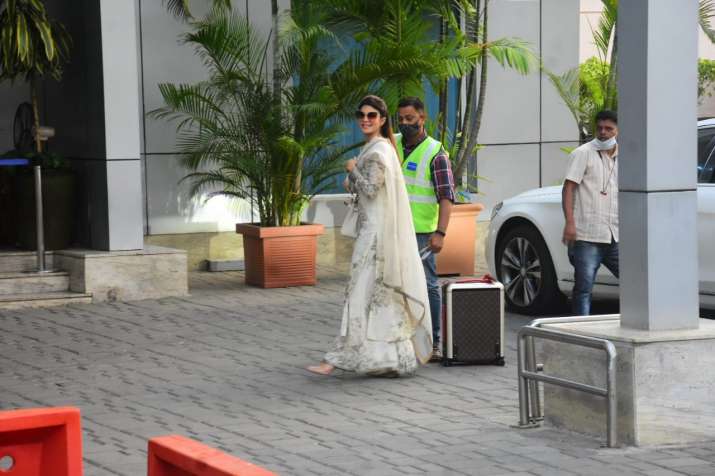 Meanwhile, a new poster Ram Setu was released by the makers on March 17. Directed by Parmanu, Tere Bin Laden fame Abhishek Sharma, the film is an action-adventure drama that brings forward a story deeply rooted in Indian cultural and historical heritage. Apparently, the actor has sought permission from Uttar Pradesh Chief Minister Yogi Adityanath to shoot the film in Ayodhya.