Rajkummar Rao and Bhumi Pednekar start shooting for 'Badhaai Do'

Badhaai Do, a comedy-drama starring Rajkummar Rao and Bhumi Pednekar, went on floors on Tuesday.

Badhaai Do, a comedy-drama starring Rajkummar Rao and Bhumi Pednekar, went on floors on Tuesday. The lead actress took to her Instagram to share moments from the shoot. She plays a character named Sumi in the film, and her recent posts have been shared with the tag #SumiDiaries.

In an Instagram Story she posted, the actress looks excited to go to the set, traveling in a car. In another post, she shared an image from her first day of shoot in Dehradun, Uttarakhand. "Poori team ko #BadhaaiDo (Congratulate the entire team). To new beginnings," she wrote with the image. 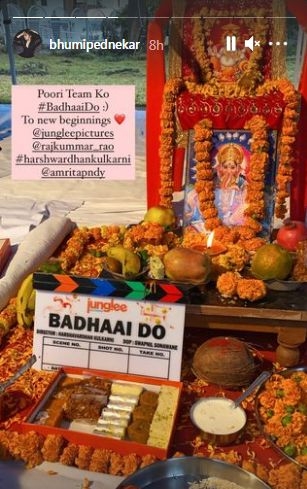 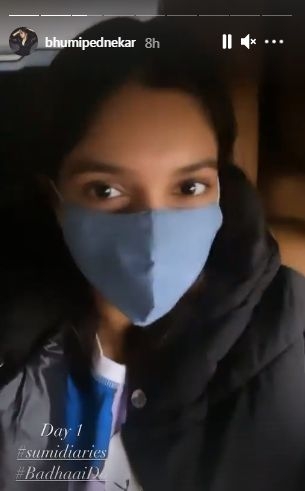 The actress shared some glimpses from the film sets as she kickstarts the safety protocols by getting tested for the coronavirus. Posting a video of her swab test, Bhumi revealed how the film team is maintaining distance through their arrangements in the shooting sets and wrote, “Shoot/Food tent in the times of covid @jungleepictures #BadhaaiDo.”

Meanwhile, Badhaai Do is the second installment in the Badhaai Ho franchise. While the first film starring Ayushmann Khurrana and Sanya Malhotra, the new film will see Rajkummar and Bhumi taking the franchise forward. Badhaai Ho was a National Award-winning hit.

In the film, Rajkummar plays the only male officer in a mahila thana in Delhi. Pednekar will reportedly play a police officer and a PT teacher. The film is directed by Harshvardhan Kulkarni, who helmed the Gulshan Devaiah-starrer comedy Hunterr (2015), and is written by Suman Adhikary and Akshat Ghildial, who earlier wrote Badhaai Ho.