Bollywood actor Sushant Singh Rajput passed away last year. June 14 will mark his first death anniversary. It may have been a year since the actor was found hanging in his apartment in Mumbai, but there hasn't been a day when his fans do not remember him. Now before his death, film and TV celebrities are also paying tribute to the late Bollywood actor. Singer Rahul Vaidya, who was recently seen in celebrity reality show Bigg Boss 14 tweeted in the memory of SSR.

Before Rahul, actor Aly Goni, who was also a participant with the singer in BB 14 took to his Instagram stories to remember Sushant. Aly's post featured a Twitter trend, “TRUSTING SBI CHIEF 4 SSR.” Sharing a screenshot which reads, "It's been almost a year since SSR died, but there is not a single day passed when his fans didn't trend him on Twitter(sic)," the actor wrote, "Yeh kamaya that Sushant ne (This is what Sushant earned) (sic)." 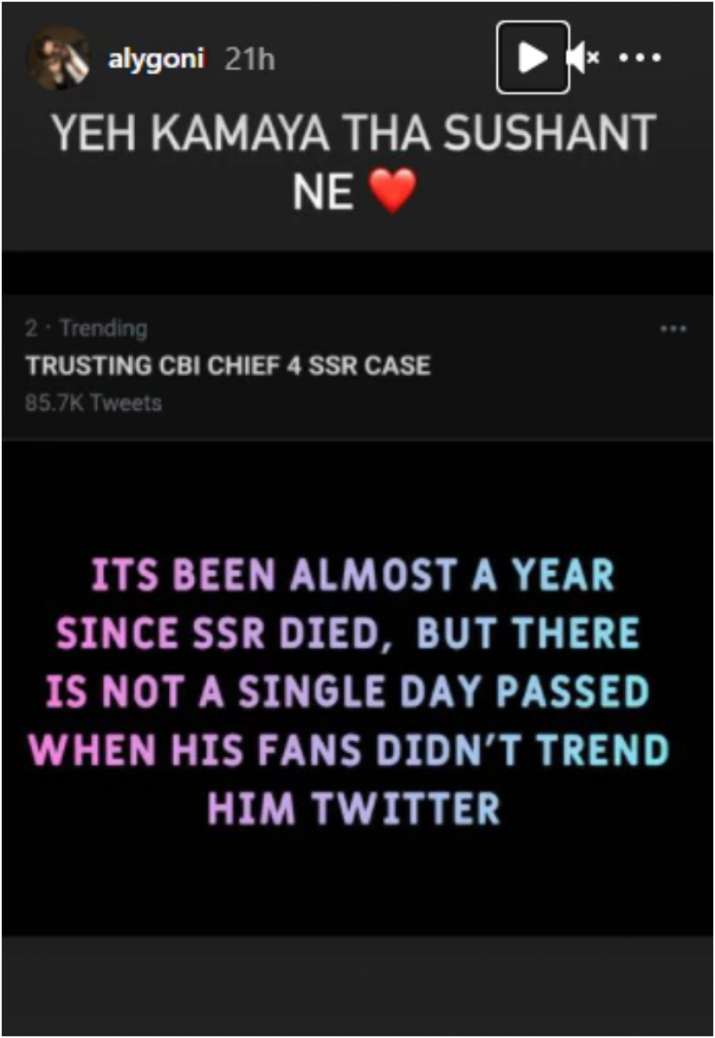 As per the latest update in SSR case, a Mumbai court on Friday sent Sushant Singh Rajput's former flatmate Siddharth Pithani, arrested in Hyderabad and brought here, to the custody of the Narcotics Control Bureau till June 1 in connection with a drug case linked with the death of the Bollywood actor last year.

Among the prime suspects in the case, Pithani was absconding since long, but was arrested by the NCB in a joint operation with its Hyderabad office on Wednesday, May 26.