Priyanka Chopra misses the premiere of Nick Jonas' film Jumanji: The Next Level but makes up through this adorable message.

Actress Priyanka Chopra is proud of her husband-actor Nick Jonas, and has congratulated him for his forthcoming film 'Jumanji: The Next Level'. Priyanka missed the film's premiere in Los Angeles as she is shooting for her next 'The White Tiger' in Delhi. She showed her support for Nick through Instagram.

In a special message on her Instagram Story, Priyanka called Nick her 'love' and said that she is proud of him while congratulating him for the movie. "So proud of you my love! So much fomo! Congratulations on #JumanjiNextLevel," she wrote. 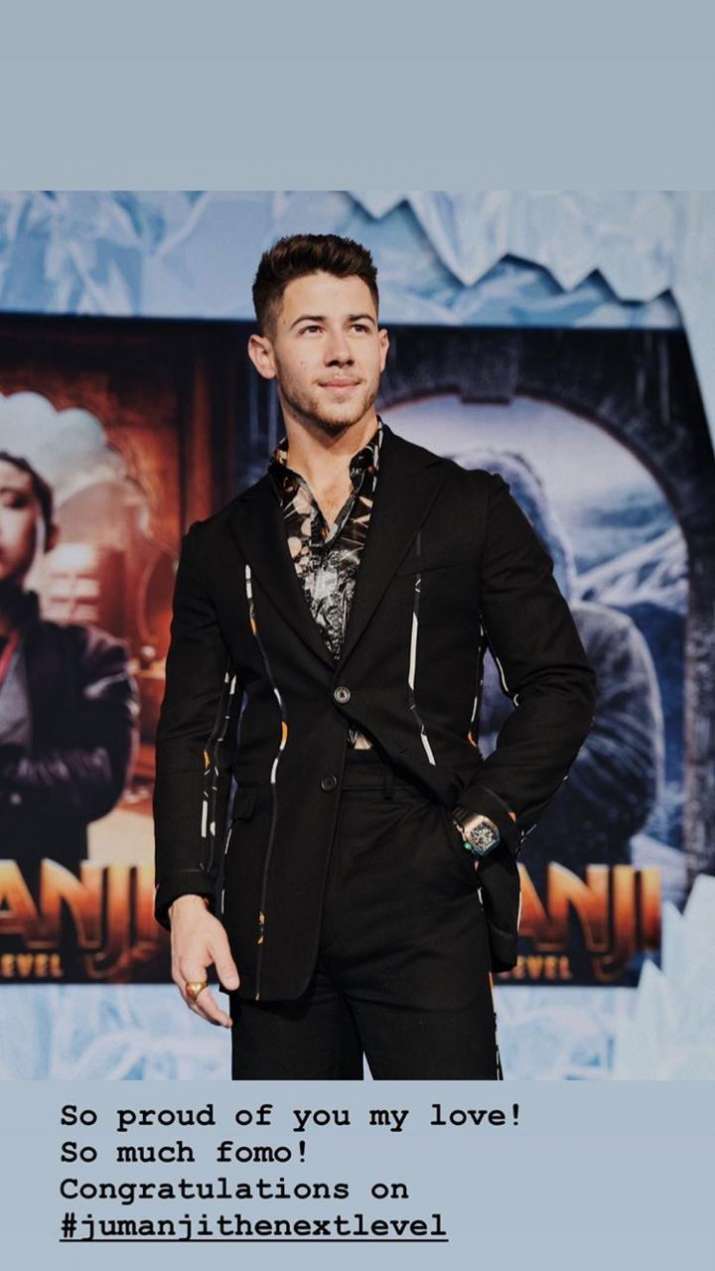 At the film's premiere, Nick had explained her absence from the big event. "She's in India right now, shooting a movie there, although she's jealous because she loves Jumanji. She loved the last one. And she really wanted to be here, but she's got work," Nick told Entertainment Tonight.

"Jumanji: The Next Level" is second part of the revamped "Jumanji" franchise. The movie also features Dwayne Johnson, Kevin Hart, Karen Gillan, and Jack Black, while Awkwafina, Danny DeVito and Danny Glover are new additions to the cast.

"Jumanji: The Next Level" picks up where 2017's "Jumanji: Welcome to the Jungle" left off. But there is one difference. The twist is that the grandfathers (played by DeVito and Glover) of two original players get transported into the game as Johnson and Hart's avatars.

Sony Pictures Entertainment India will release "Jumanji: The Next Level" in India on December 13 in Hindi, English, Tamil, and Telugu.