National crush Rashmika Mandanna reveals she wants to marry THIS person. Vijay Deverakonda, are you listening?

Every now and then, Rashmika Mandanna's name is attached to her 'Dear Comrade' co-star Vijay Deverakonda. But it is still a mystery as to whether the two are dating in real life or not. Well now, the 'National Crush' during an interaction with the media, finally spilled some beans on her wedding and revealed that she would tie the knot with a person who's a Tamilian.

South actress Rashmika Mandanna is one of the most popular celebrities of the Kannada, Telugu, and Tamil film industries. Not just her acting but her beauty and down-to-earth nature are praised by all. This is the reason why she has been given the title of the 'national crush.' Well, it's not just her films or pictures, but also her personal life which is quite discussed amongst her fans. Every now and then, her name is attached to her 'Dear Comrade' co-star Vijay Deverakonda. But it is still a mystery as to whether the two are dating in real life or not. Well now, the actress during her interaction with the media, finally spilled some beans on her wedding and revealed that she would tie the knot with a person who's a Tamilian.

Yes, that's true! In the interview, Rashmika who has worked in films like Kirik Party, Chalo, etc revealed that while shooting her Tamil film Sulthan, she got attached to the culture of the place. Not only this but she even expressed her liking for Tamil Nadu food. For those unversed, the actress played the role of a village belle in the movie.

The 25-year-old actress's statement read, "I really got attracted to the culture of Tamil Nadu and especially the food. I fell in love with the Tamil food and it’s really delicious. Hopefully I will marry a Tamilian and become the daughter-in-law of Tamil Nadu." 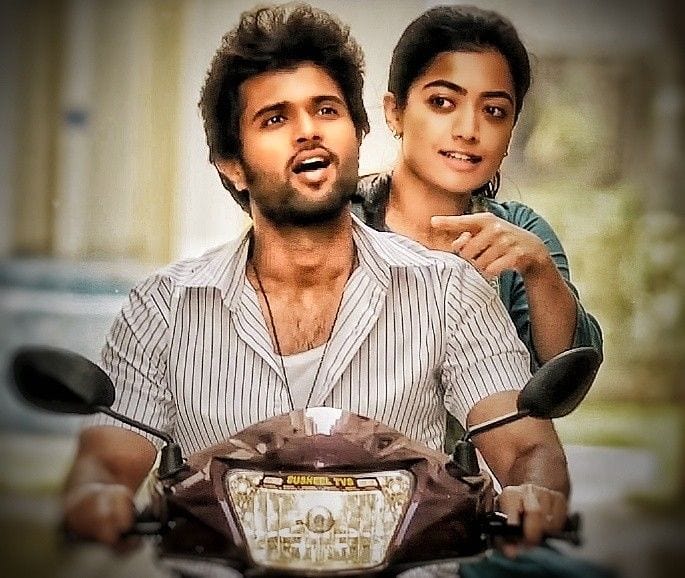 Well, that has definitely left us all excited! What about you?

Rashmika is one of the most active celebrities on social media and keeps on sharing updates for her fans. In the hour of the COVID pandemic, she is doing everything she can to cheer everyone up. This is the reason why she uploaded a selfie on Instagram and wrote, "Even if for one second you can smile looking at my goofy face, I'll take it."

In an interview with IANS, the 'Geetha Govindam' actress opened up about the term which her fans have coined for her. She said, "I am aware of it but at the same time I am not. I know that there is so much love for me out there but I am not swayed by it. I know where my roots are and I know what all this is. I am mindful of who I am a person, so it is not that I am like 'Oh my God!, I get to be swayed away by all love."

On the work front, she was last seen in Badshah's music video titled 'Top Tucker.' She is all set to mark her debut in the Bollywood film industry with the film Mission Majnu,' co-starring Sidharth Malhotra. Her second Hindi film is the Amitabh Bachchan-starrer Goodbye. And even before the release of the two she is set to sign the third project.