Actress and TV host Mandira Bedi lost her husband filmmaker Raj Kaushal to a heart attack on June 30. Now, weeks after the shocking demise Mandira is slowly getting back to a normal life. The actress recently resumed work and shared an update on her social media about the same. Taking to her Instagram handle, she dropped a picture from the set and wrote, 'Today is the first day of the rest of my life' and 'Begin again.' The picture shows Mandira getting her make-up and hair done. 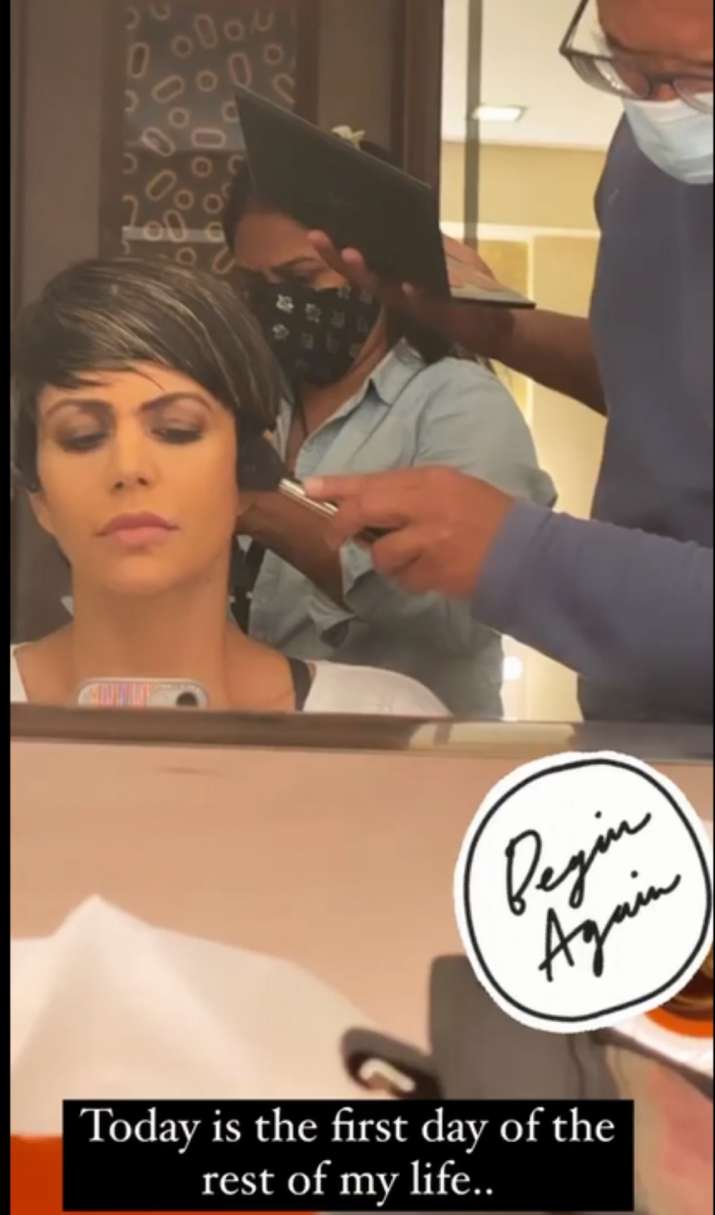 Mandira also shared a post with the caption, "Back to work." Several fans, friends and followers wished her luck for the fresh start.

On the one-month death anniversary of director Raj Kaushal, his wife and actor Mandira Bedi organised a pooja for him at their residence. Taking to Instagram Story, Mandira had posted a picture, wherein we can see her sitting in the front of havan kund along with her children Vir and Tara. "30th day," she captioned the post with a folded hand emoji.

For the unversed, Raj Kaushal, who had directed films like 'Pyaar Mein Kabhi Kabhi' and 'Shaadi Ke Laddoo', died on June 30 after suffering a heart attack.

Meanwhile, it has not been easy for Mandira after Kaushal's demise. She has been a victim of trolling and hatred on social media after photographs surfaced showing her breaking stereotypes by performing her husband's last rites, which male members of a family are traditionally expected to perform.

Raj Kaushal is survived by his wife Mandira Bedi and their two children, son Vir and daughter Tara.