Actress and Bigg Boss 13 fame contestant has filed a cybercrime complaint against an imposter over a fake Instagram account. In an interview with India TV, Koena Mitra said the imposter has been identified as Sahil Khan who was using the fake account for the last six to seven months. For the same, the email ID Sahilkhanehsas@gmail.com was attached to the Instagram page and also had suggested that if anyone wants to do a business inquiry, they should contact the given email ID. Along with this, a fake YouTube account was also being run in the name of Koena Mitra, in which semi-nude items videos were uploaded. 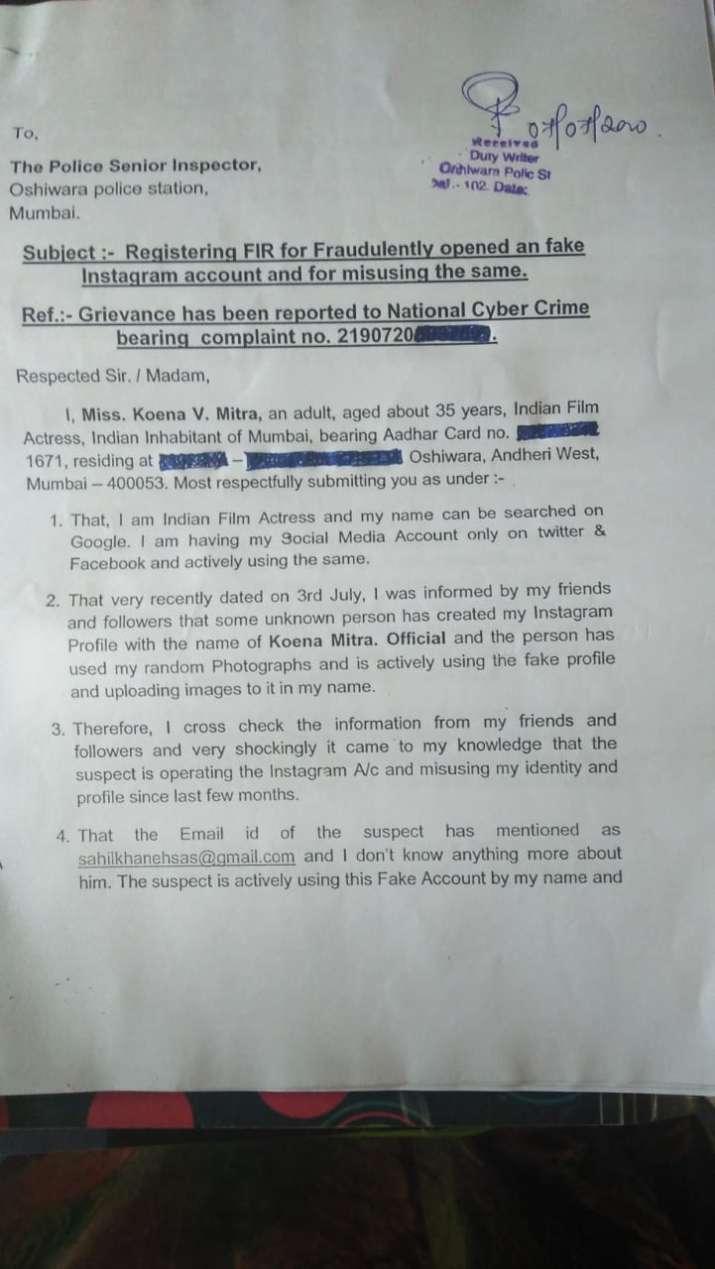 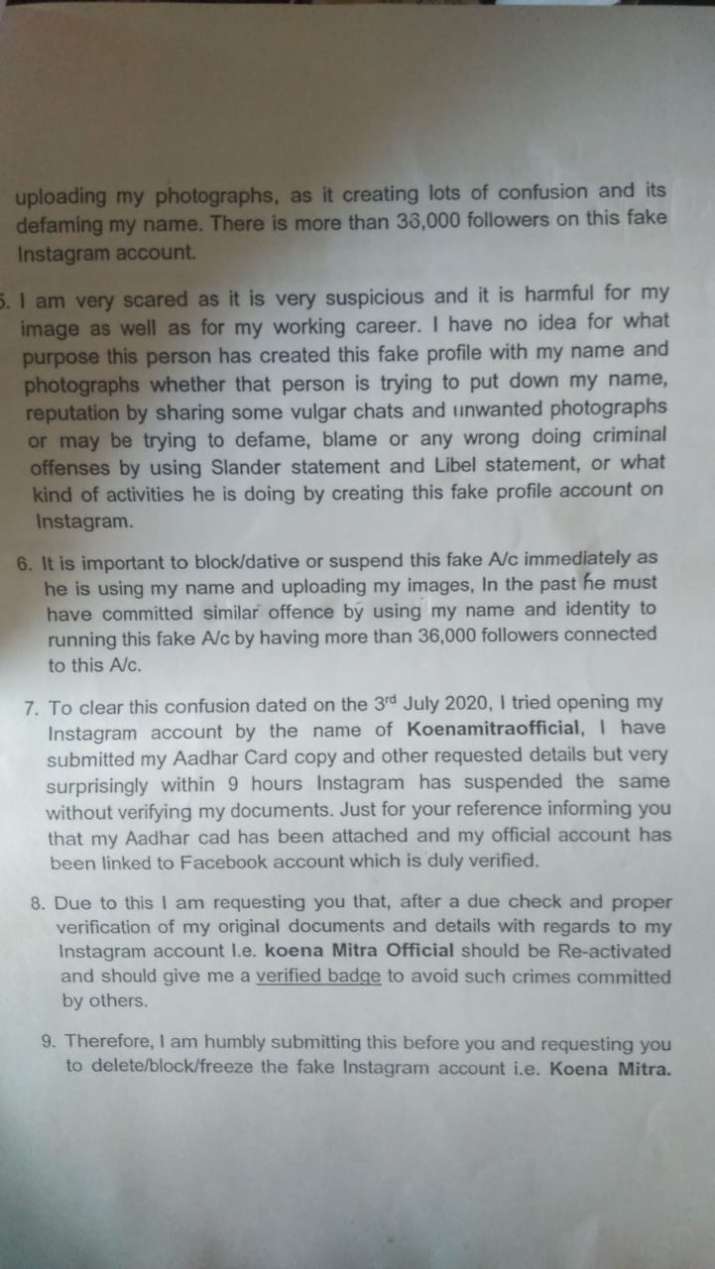 Earlier Koena had called out the fake accounts by writing, "You think it’s a fan club? Do you mean Fans can upload shady pics and videos in my name? These accounts are just trying to defame me. Check their mail/ account details, Bio etc. If this isn’t a crime then what is it?"

Talking about it, Koena earlier told The Times of India that she was reported by the page when she tried to make her own Instagram profile. “Since December, I was getting a lot of requests from my followers on Twitter to join Instagram but I was not up for it. But then last month, I thought of opening it since the lockdown is going on and everyone is free and active on social media. But then I found out there is already a fake account which is being run in my name which has more than 36.4k followers,” she said.