Kiara Advani treated fans with a throwback video of herself acing a backflip in the year 2016. Take a look

Bollywood diva Kiara Advani often treats her fans and followers with alluring pictures and interesting posts on social media. Sometimes, her workouts have also been a part of her uploads. Keeping up with the trend, recently the actress served her fans with a throwback video of herself acing a backflip. Giving us an apt workout motivation, Kiara took to her Instagram Stories to post the video from 2016.

From kick-starting her year with an inspiring workout routine to regular being spotted at the gym, Kiara has emerged as a fitness icon with her enviable body. The 'Good Newwz' star posted an intriguing video, performing the backflip with utter ease.

Seen learning to ace a clean backflip, Kiara gave an insight into her regular workout session. Clubbing the video with a super peppy track 'Backflip' from 'Green Eggs and Ham', Kiara wrote, "Once upon a time in 2016". Engaging with her fans Kiara also put up a poll asking, "Will I be able to do this again?" 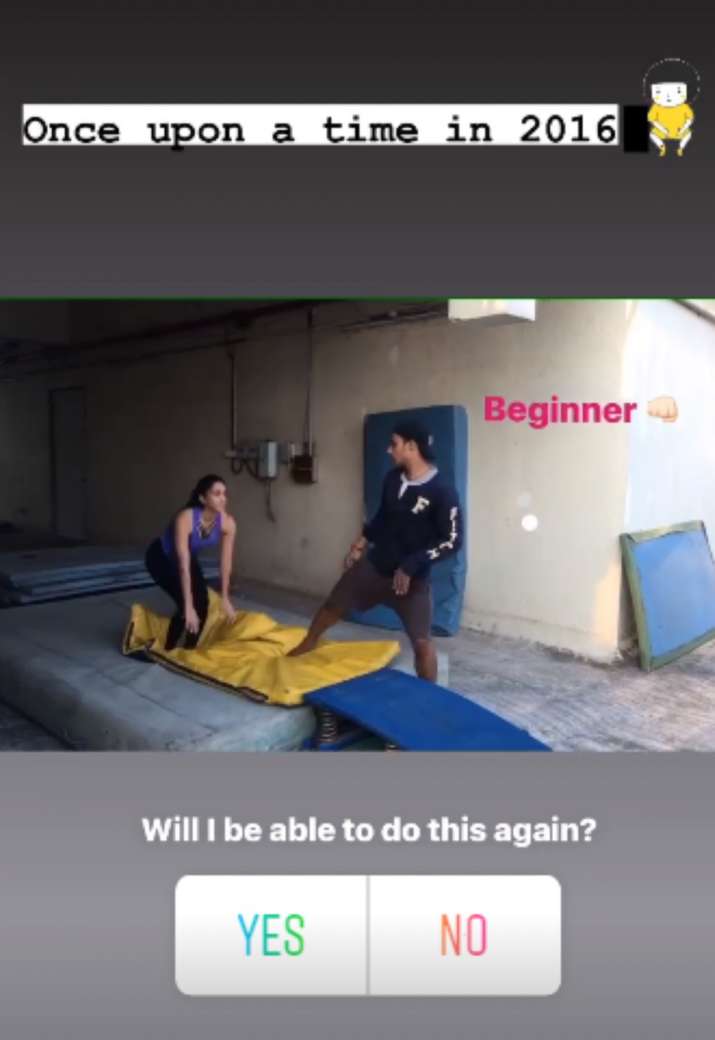 Owing to the dedication and hard work, the 'Kabi Singh' star has emerged amongst the most sought after names of the industry over the years with consecutive successes and remarkable filmography. Donning the title of one of the busiest actors, currently, Kiara is caught up wrapping her multiple projects back to back.

Kiara recently finished off the shooting for 'Bhool Bhulaiyaa 2'. Besides this, the 'Laxmii' star is also gearing for her first release of the year 'Shershaah', along with the release of Dharma Productions's 'Jug Jug Jeeyo', in the latter half of the year. Apart from these films, Kiara is also shooting for her other upcoming projects offering a diverse plethora of performances in the coming future.