Kareena Kapoor Khan, who is expecting her second child with Saif Ali Khan was busy getting her new home ready. As per reports, Kareena and Saif along with their son Taimur will be shifting to their new home anytime soon.

Kareena Kapoor Khan, who is expecting her second child with Saif Ali Khan was busy getting her new home ready. As per reports, Kareena and Saif along with their son Taimur will be shifting to their new home anytime soon. Saif was papped many times while he went to oversee the renovations being done in the new house. Kareena, too, was seen hopping across the building to check the progress. Earlier, Saif has revealed that his family is planning to move to a bigger apartment where the couple owns the top two floors, situated opposite to their current residence. He also mentioned that they will give their old flat for rent.

Saif told Mumbai Mirror in an interview, "Our new home is being renovated, which is why I hop across to see how things are coming along and not because I feel cooped in. I'm enjoying this time with my family. My sister Soha and her husband Kunal (Kemmu) come over sometimes, as do my kids Sara and Ibrahim. My other sister, Saba, too, has moved to Mumbai. Only, mother (Sharmila Tagore) is in a rented apartment in Delhi because the lockdown happened while she was doing up her place. So now, even she is overseeing the renovation work there. She is a real trooper and never complains."

Earlier, Kareena had shared the glimpse of her new home on her Instagram handle and captioned it as "back with our favourite @design_by_darshini. Dream home". 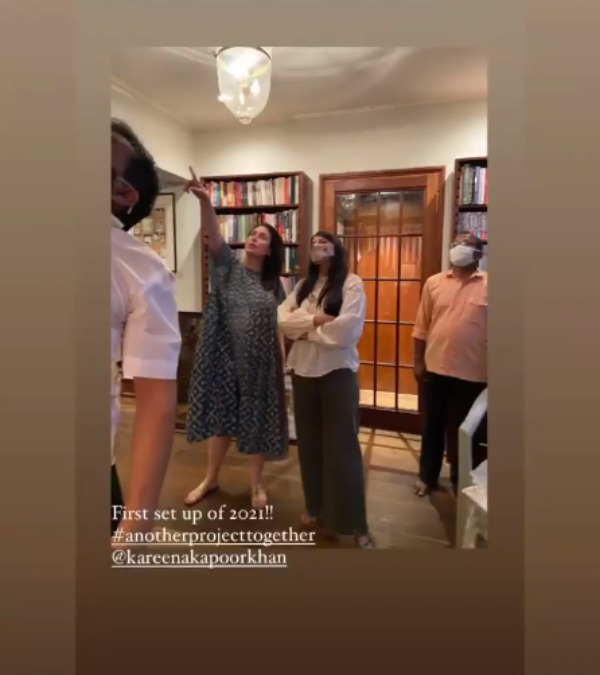 Darshini Shah is a famous celebrity interior designer who has designed the new office for Dinesh Vijan’s Maddock Films and Imtiaz Ali’s Window Seat Films, and Saif-Kareena’s residence at Fortune Heights, among others.

Speaking to Etimes, Kareena's father, actor Randhir Kapoor confirmed the news and said, "Yup, they are moving into a new house. It has been done up and it was bought a few years ago. They are moving in but I am not aware of the date as yet."