Kareena Kapoor Khan is celebrating her son Jeh's 6-month birthday with a new picture from their family vacation in the Maldives.

Bollywood actress Kareena Kapoor Khan and actor-husband Saif Ali Khan became proud parents to a baby boy earlier this year. They have reportedly named him Jehangir. Bebo is quite active on social media where she keeps on sharing frequent updates for her fans. However, unlike Taimur Ali Khan, she did not reveal the face of her younger son. On Saturday, Kareena and Saif are celebrating half-birthday of Jeh. The actress, who is currently holidaying in the Maldives with hubby and kids, took to her Instagram and posted a heartfelt post for Jeh.

"Love, happiness, and courage to you always. Happy 6 months my life," she wrote. Alongside the post, Kareena shared a picture of her holding Jeh in her arms. She can be seen dressed in black and pink swimsuit. Take a look:

Jeh's aunt and Saif's sister Saba, too, penned a loved-up post for the newborn to mark his 6-month birthday. Saba took to Instagram and uploaded a collage featuring Taimur looking at Jeh adorably. "Love you, my jaan, Jehangir. Jeh," she captioned the post. 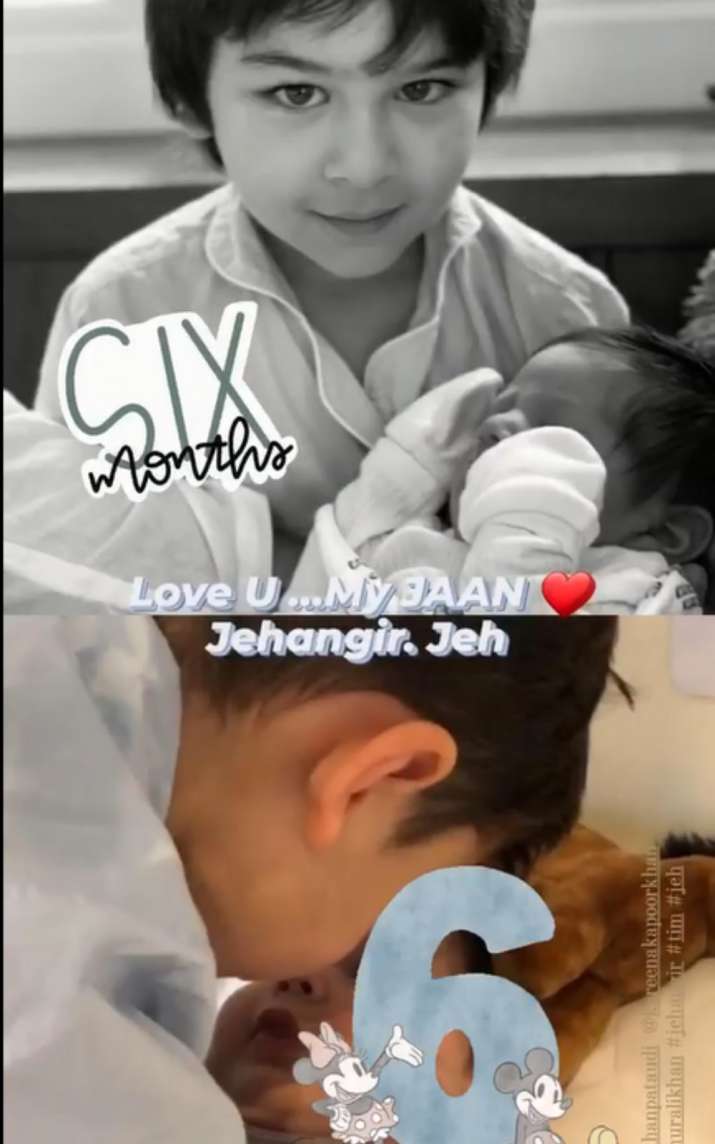 On Friday, Kareena posted an adorable selfie from her ongoing trip. The 'Good Newwz' star shared a picture with her little munchkin sleeping in her arms and wrote, "Lights, camera, naptime". Sporting a black tank top, Bebo looked gorgeous as she takes the selfie.

Meanwhile, Kareena and Saif got married in 2012. They welcomed their first child, Taimur Ali Khan on December 20, 2016. They became parents to Jeh on February 21 this year.

On the professional front, Kareena recently launched her book 'Pregnancy Bible', which captures her physical and emotional experiences from both her pregnancies. The 'Jab We Met' star is also set to make her debut as a producer with director Hansal Mehta's yet-to-be-titled thriller. She will also act in the film.

Also Read: Kareena Kapoor Khan and Jeh's awwdorable pic from their Maldives vacay is all about 'naptime'