As June 18 marks the death anniversary of Rani Laxmi Bai, Bollywood actress Kangana Ranaut took to social media on Friday to pay tribute to the late Indian freedom fighter. Rani Laxmi Bai, popularly known as Queen of Jhansi, had played an important role during India's first war of independence. The queen died in battle on June 18, 1858. Remembering her bravery, Kangana who essayed the role of the warrior queen in 'Manikarnika: Queen of Jhansi', took to her Instagram Stories and shared one of the 'iconic' scenes from her hit film. 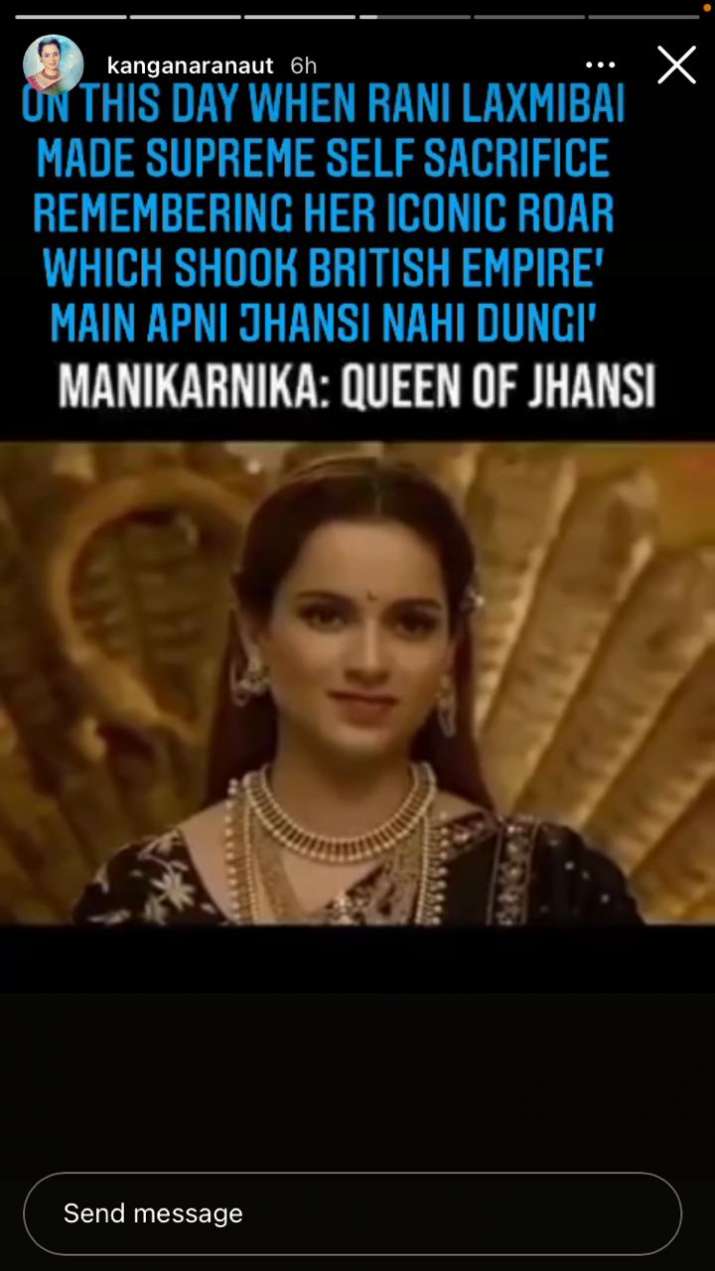 Kangana had starred as Rani Laxmibai in the 2019 film "Manikarnika: The Queen Of Jhansi", a film she also partially directed. She also shared a couple of videos featuring scenes from the film in her Instagram post.

On the professional front, Kangana who recently recovered from novel coronavirus is awaiting the release of her multilingual biographical film "Thalaivi" which was postponed due to the surge in COVID-19 cases in India. Directed by Vijay and written by KV Vijayendra Prasad, the movie is about the life of J Jayalalithaa, former Tamil Nadu CM and was gearing to release theatrically on April 23.

The National Award-winning actress will also be seen in movies "Tejas" and actioner "Dhaakad", while "Manikarnika Returns: The Legend Of Didda" and a film on former Prime Minister Indira Gandhi are in the pipeline.