Bollywood actor Janhvi Kapoor on Friday (November 5) celebrated her younger sister Khushi Kapoor's birthday. The sister duo can be seen complimenting each other in colour coordinated outfits. Janhvi made sure to wish her darling sister in the most adorable way. Taking to her Instagram story, the 'Gunjan Saxena' actor shared an alluring candid picture featuring herself posing with the birthday girl. Sharing the all smiles picture, Janhvi wrote, "Happy birthday to my whole entire life," adding a red heart emoticon in the end. 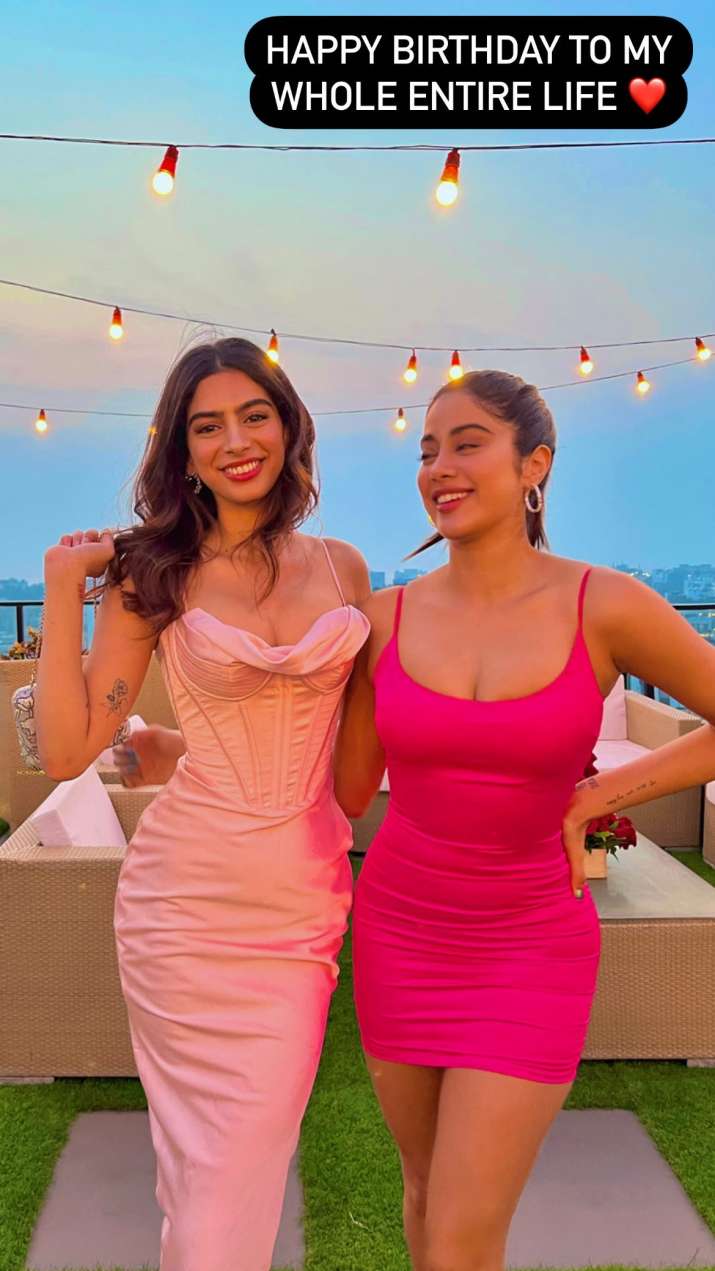 Arjun took to his Instagram handle and shared a group picture in which he could be seen posing with his sisters at the recent grand Diwali celebration party at his uncle- actor Anil Kapoor's Mumbai residence. Sharing the picture, he wrote, "Happy birthday @khushi05k !!! @janhvikapoor spoilt this birthday pic of yours by frowning... I hope this year she stops stealing your clothes to cover up for this fiasco photoshoot..."

Sonam Kapoor Ahuja also extended a special birthday wish to her younger cousin sister with an Instagram post. The 'Delhi 6,' actor a series of throwback pictures- one from their sister-in-law's baby shower, the second was a group picture featuring herself, Janhvi, Khushi and Anshula Kapoor from one of her wedding functions and the third was a solo picture of the birthday girl. "Spreading joy wherever you are -- you truly are a ray of sunshine. Happy happy birthday, my darling Khushi. Lots of love," she wrote in the caption.

A day ago, the family gathered at the Diwali bash at their uncle- veteran actor Anil Kapoor's Mumbai residence. Sonam, however, celebrated Diwali with her husband Anand Ahuja and friends at the couple's London home.

Also read: Asha Negi's heartfelt wish for ex-boyfriend Rithvik Dhanjani on his birthday sure to melt your heart