Janhvi Kapoor is the most relatable elder sibling in her latest post. The actress who recently celebrated her father Boney Kapoor's birthday was clearly annoyed with him. She shared the same in a hilarious post that features Sanjay Kapoor and Khushi Kapoor.

Janhvi Kapoor shared the most relatable post on father Boney Kapoor's birthday. The actress posted two pictures saying how much she loves her father, even though all her attention is dedicated to her younger sibling Khushi Kapoor. In the first picture, Boney is seen planting a kiss on Janhvi's cheek as the family along with Sanjay Kapoor pose for the camera. Whereas in the second frame, we see Janhvi giving an annoyed expression as Khushi barges in to get all the pampering from his father.

Captioning the first photo, Janhvi wrote, "Happy Birthday Father!! To the best man in the world. I love you.” Whereas, for the one with Khushi, she wrote, "Even when you give her more attention.” See the pictures here: 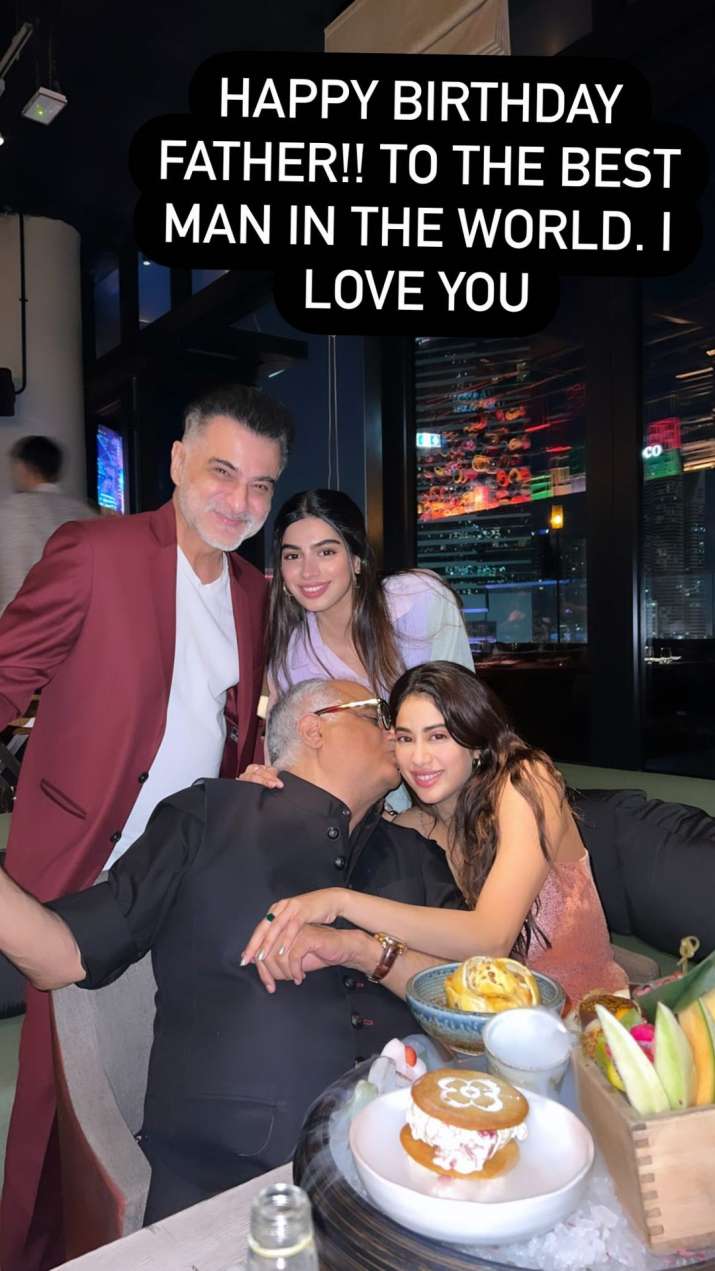 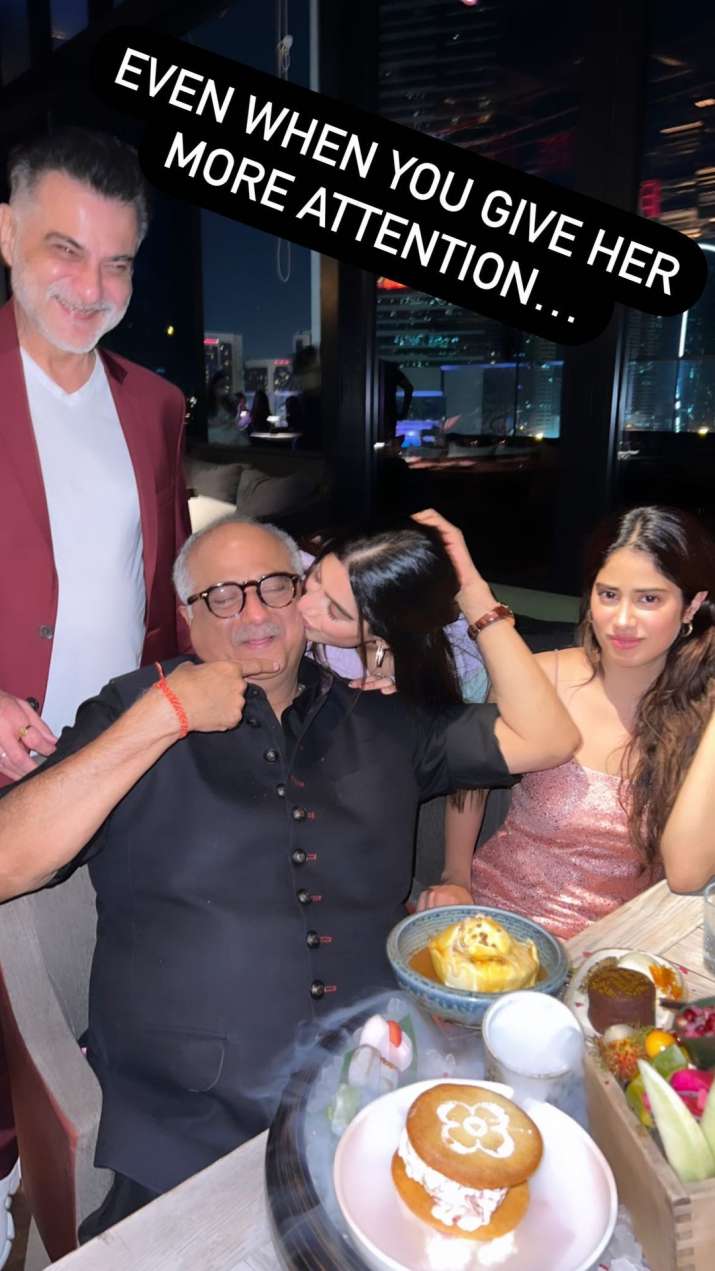 Boney Kapoor also got special birthday wishes from Khushi, Anshula and Arjun Kapoor. Khushi took to her social media and dropped a priceless throwback picture of her parents along with a sweet message. In the picture, Boney and Sridevi are seen striking a pose for the camera. The pic that speaks volumes about Boney and Sridevi's love, showed the former holding on to the late actress. Khushi captioned it, "Happy birthday papa. Love you the most," followed by a heart emoticon.

His son Arjun Kapoor, too, penned a heartfelt post for him. Calling Boney the most selfless person, Arjun wrote, "Being selfless isn't something one can be taught it's in-built machinery that exists among very few people, I happen to be the son of one of those people... I've seen & heard stories of dad going out of his way to help find solutions for others and forgetting to help himself & fulfilling his needs before all that... it's not easy being selfless & surviving... Happy Birthday to a man who has not only survived but lived like a King thru it all.... love you Dad."