Jackie Shroff might have turned 62 but his love for motorbikes hasn’t got old. The actor is already an owner of snazzy vehicles and now he has added another charm to his collection. Jackie reportedly brought home a brand new Royal Enfield Continental GT 650. The price of which is Rs 3.5 lakh and can easily be called India’s most iconic motorbike. For the bike lovers, the specifications of the actor’s new vehicle include 648cc parallel-twin engine which manages to produce 47hp and 52nm of torque. Other specifications include a sculpted tank, single-seat and clip-on bars with a fuel tank capacity of 12.5 liters. 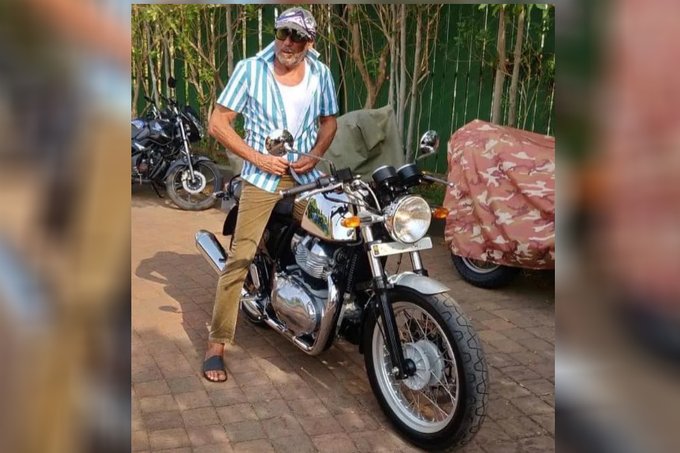 Jackie Shroff never fails to entertain his fans with his charismatic personality as well as his style. Other than the bike, the Shroffs are also set to shift to their new house in April. It is said that it is a lavish 8-bedroom apartment in the Rustomjee building in Khar. The house is currently under construction and Jackie’s wife Ayesha is closely monitoring the interiors. Hrithik Roshan’s ex-wife Sussanne Khan is setting up the interiors for their house.

A Mumbai Mirror report earlier stated that the house will also have a separate space for Tiger Shroff’s dancing and workout. The report read, "There are spaces assigned for his workouts, dance practice and official meetings. Shopping for it is on in full swing."

On a professional note, Jackie Shroff was last seen in South Indian blockbuster Bigil in which he played the role of the antagonist. Now, he has begun shooting for his next Bollywood film Radhe: Your Most Wanted Bhai that also stars Salman Khan and Disha Patani.