Singer Mika Singh, in his latest Instagram story, shared pictures of Television actress Chahatt Khanna preparing gol-gappas for him along with hashtag #QuarantineLove. Are they dating?

Love can happen at any time and with anyone and has the cupid struck popular singer Mika Singh and Television actress Chahatt Khanna? The two have been raising the eyebrows of many who think that they are dating each other after a couple of pictures they recently shared on their Instagram handle which had a prominent hashtag #QuarantineLove written along with it. In one of the pictures, she wrote how glad she is that both have found each other in this lockdown phase. Not just the 'Bade Achhe Lagte Hain' actress, even Mika has been sharing pictures with her on his Insta story where the two are seen dancing, playing cards, enjoying breakfast in bed and even singing for each other in his Instagram stories. What's brewing?

These pictures have set the internet on fire and fans have been sending their good wishes to them for their new life while some have even bashed the actress for dating Mika Singh. In a recent picture that Chahatt posted, the two of them can be seen in black posing in the balcony. Captioning the same, she wrote, "Twinning with @mikasingh #quarantinelove #love #chahattkhanna."

She also shared pictures by the side of a piano and captioned the same, "Lets be someone’s quarantine, Glad we found each other in this lockdown #quarantinelove @mikasingh #learningmusic."

Have a look at the pictures Mika shared: 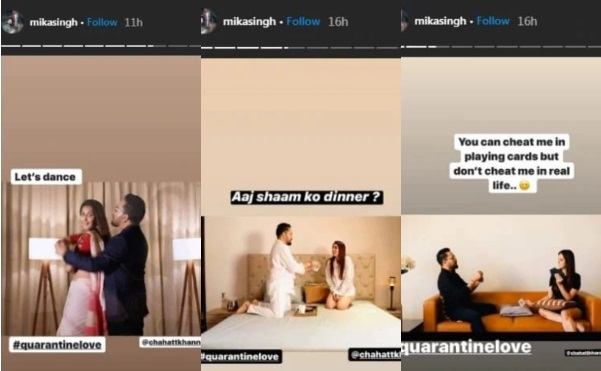 Recently, Mika also posted pictures and shared a short clip that shows golgappe being prepared. In his caption, he tagged Chahatt and posted kissing emojis along with the hashtag 'Quarantine Love.' Check them out: 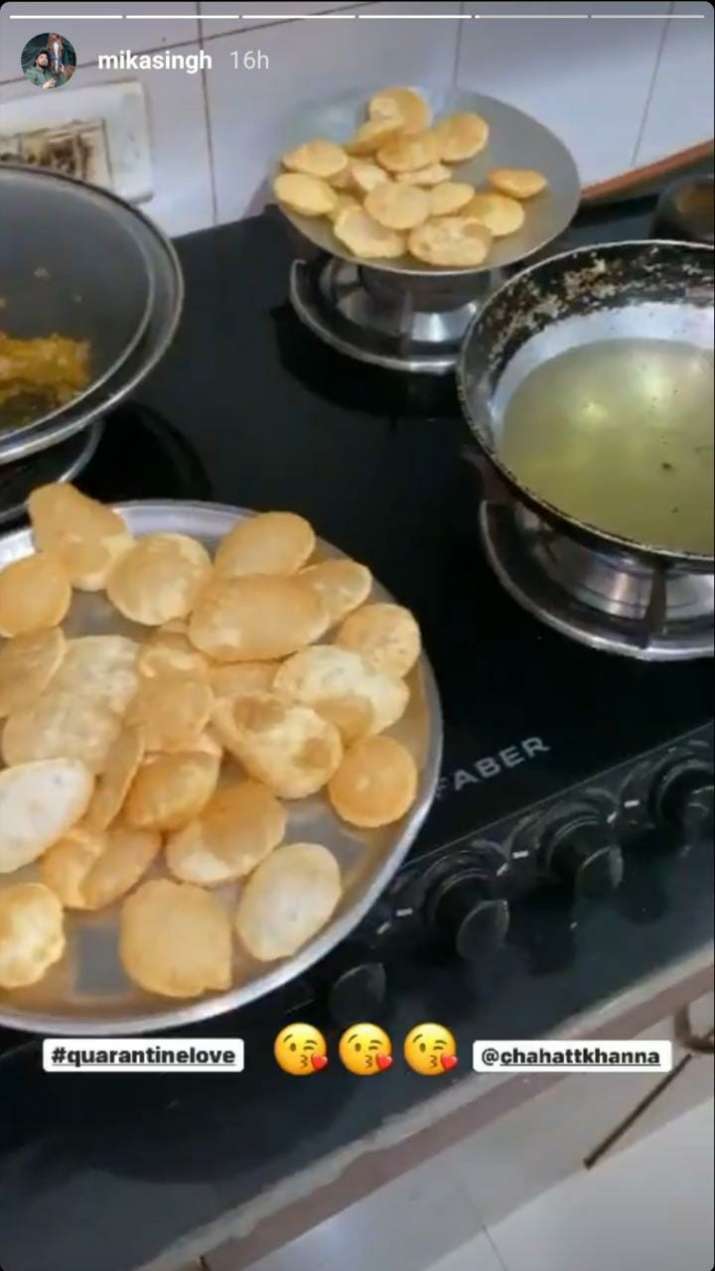 It's now time to break the bubbles! Apparently the two are shooting for a song together which is titled Quarantine Love (now we know what they meant by the hashtag). In an interview with Bollywood Spy, Chahatt revealed that since the two are next-door-neighbors, they decided to shoot for the track indoors. Well, the actress feels that their strategy to spark dating rumours was successful to promote their song!

On the personal front, Chahatt was married to Bharat Narsinghani for 3 years, after which she married Farhan Mirza for 5 years, with whom she has two adorable daughters- Zohar Mirza and Amaira Mirza.