Rohman Shawl and Sushmita Sen never fail to make their fans fall in love with them. The two have been dating each other for a while and in 2018 at Shilpa Shetty's Diwali party that the two were publicly spotted together for the first time.

Bollywood diva Sushmita Sen has turned a year older today. She shot to fame after being crowned as the Miss Universe in the year 1994. Later she made her way to showbiz through 'Dastak' in the year 1996. The Aarya star made everyone go gaga over her good looks, charming personality, utter confidence, vivid style statements and intelligence. Wishes and love have been pouring in on social media for the actress. Among the several sweet wishes from all, Sushmita received an awwdorable wish from boyfriend Rohman Shawl. he expressed his love for her 'Babush' in a love-filled post. 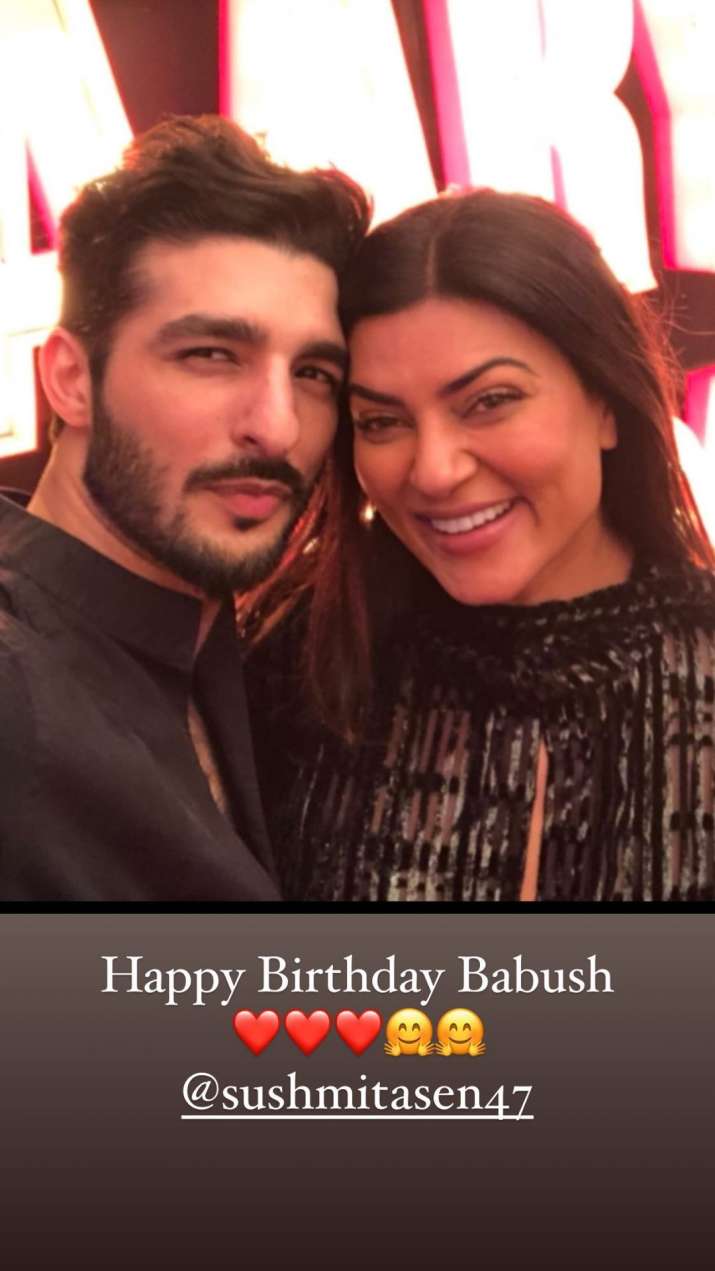 Taking to his Instagram, Rohman dropped a cute throwback photo with his ladylove. He wrote, "Happy Birthday Babush @sushmitasen47." For those unversed, Rohman and Sushmita have been dating since 2018 and were quite active on social media showing love to each other. They were spotted together for the first time at Shilpa Shetty's Diwali party in 2018.

Meanwhile, after the massive success of the first season of 'Aarya', Sushmita Sen is back, reprising her role as Aarya Sareen, who is returning to combat her worst demons in the second season. Taking to her Instagram handle, the actor shared the first look teaser, revealing her intense look from the next season. In the video, Sushmita looked ferocious, covered in raging red colour. The teaser brings back the lioness, fighting the odds to save her family. She added a caption, "#firstlook. Literally #AARYA2. Sherni is back! This time, deadlier than ever! Aarya'll ready?"