Actress Katrina Kaif has been able to perform various dance numbers with utmost grace and has impressed both the critics and her fans with her acting skills in various films. On her 37th birthday today, have a look at some of the unheard facts about her and how fans poured in wishes and made hashtag #HappyBirthdayKatrinaKaif one of the top trends on Twitter.

Bollywood beauty Katrina Kaif is celebrating her 37th birthday today. While the critics and viewers have been in awe of the actress' ability to perform dance numbers with utmost grace, now they saw her in a completely new avatar when she impressed them with her acting skills in various films like Salman Khan's Bharat, Shah Rukh Khan starrer Zero, etc. She is the one who has evolved over the time as an actor and has made some great choices as an entertainer. Katrina, who began her journey with Boom in the year 1999 is now one of the highest-paid actors in the industry. Just like many others, Katrina also began her career with modeling in London. She was spotted by Kaizad Gustad who later gave her debut film She earlier said that she has now begun to experiment with her roles and wants to challenge herself when it comes to acting. On the occasion of her birthday, her fans have been going gaga on social media and have been pouring in wishes and love for the actress. Not only this, but they have also made hashtag #HappyBirthdayKatrinaKaif one of the top trends on Twitter.

Check out how fans wished the actress on her birthday today:

Birthday Party is ON!! 🎊
Today is queen of Bollywood birthday 😍😍😍
#HappyBirthdayKatrinaKaif 🤩pic.twitter.com/raVH56wynL

Happy Birthday 🎂 To The Queen👑 Of Bollywood And My Favorite #KatrinaKaif ♥️
Wish U All The Happiness, Success And Lots Of Love Always....#HappyBirthdayKatrinaKaif#AkshayKumar ♥️ pic.twitter.com/9jy4q2t59X

#HappyBirthdayKatrinaKaif Trending at No.4, those who are online Can Use the Tag & Celebrate.. 💫 pic.twitter.com/rzbsiW1oWZ

From Laila (ZNMD) who taught us how to live life, to Zoya (Tiger) who taught how to fight for. Whtr it's Soft n pure Maya in Newyork or stammering Jenny in APKGK. Frm Sweetest Shruti in JJ to Badass Babita Kumari in Zero n now FIRST FEMALE SUPER HERO.#HappyBirthdayKatrinaKaif pic.twitter.com/BmQuBU8Kgg

Happy Birthday Katrina Kaif..
Your Chemistry With Salman Khan Something Else.. Most Hottest Couple In India 🔥@BeingSalmanKhan #KatrinaKaif#HappyBirthdayKatrinaKaif pic.twitter.com/0p3VvUzjaq

#HappyBirthdayKatrinaKaif#KatrinaKaif
Many many happy returns to you .
A wonderful actor with tons of talent
You should get all the happiness that the world can give you . Love you 💖 pic.twitter.com/wlKxnwirhR

#HappyBirthdayKatrinaKaif
I think most hardworking & talented actress in bollywood...In stardom #KatrinaKaif is way ahead than other bollywood actress😎
💞 SalKat 💞 pic.twitter.com/hY5RuhNit4

As Kat turns 37, let's have a look at some of the unheard facts you probably don't know about her.

My mama ❤️.... all I loved to do was hug and dance with my mom ... my strongest memory from Childhood is always hanging on to my moms waist ☺️

We’re not sure what it is either .... we ll let u know when we do 🤔🍴🥣 #happyworldsiblingday @isakaif 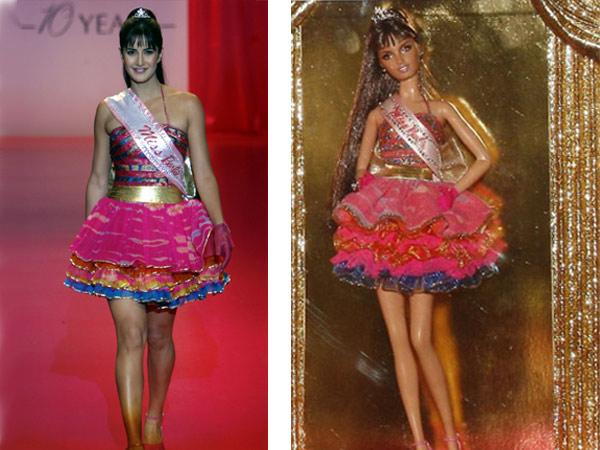 On the professional front, she will next be seen in Rohit Shetty's cop-drama 'Sooryavanshi' opposite Akshay Kumar. The film also stars Ranveer Singh (Simmba) and Ajay Devgn (Singham) in crucial roles. It was slated to release in the month of March however due to COVID-19 pandemic and lockdown things took a different turn. The film will reportedly release near Diwali 2020.