When it comes to fitness, Hritik Roshan has always stayed one foot ahead from promoting excessive workouts to healthy diets. Same is the case with his mother Pinkie Roshan who every now and then leaves everyone awestruck through her workout regime. The mom and son duo has oftentimes paired for various workout sessions. Currently, we are drolling over a cute picture shared by mummy Roshan of her climbing tree, with a caption that read, "#tryingisbetterthannothing #a step forward to achieving the goal#." 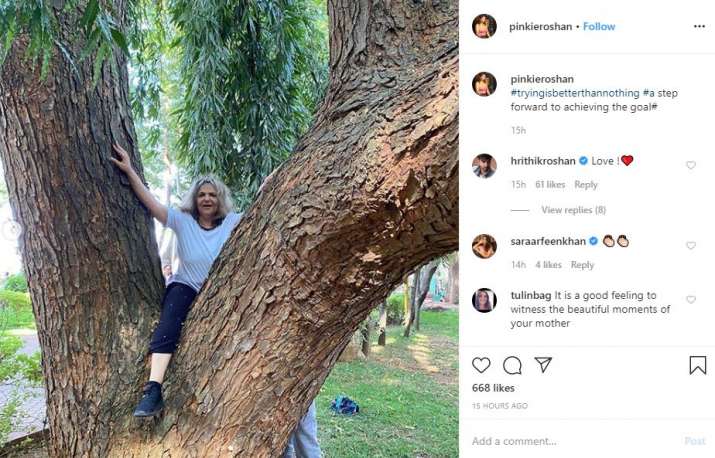 The picture earns her a sweet reply. 'Love! <3' from son Hritik Roshan who has always been encouraging and motivating her to keep a healthy lifestyle. Pinkie can be seen wearing a white top and denim jeans. 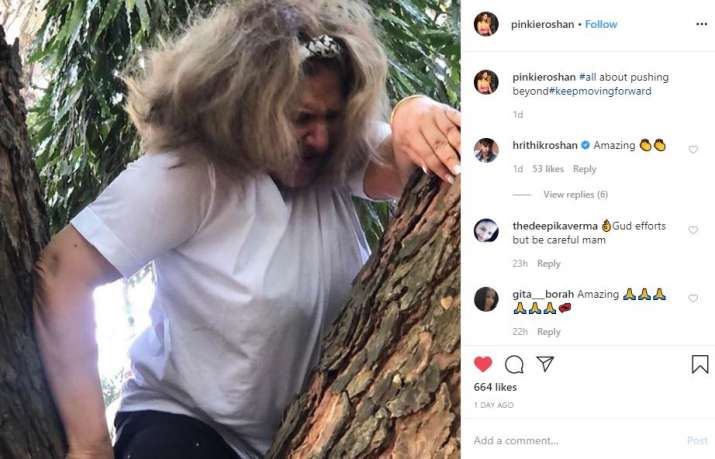 The actor also shared an Instagram video of pinkie with a caption, "Wait for it... #championoflife #supermom #loveyoumama #truelove" In the video Pinkie is seen to be weightlifting with the help of a trainer and then gradually swaying as the video comes to an end.

During an interview, the actor was asked about his fitness mantra, to which he replied, "Explore, find out, and be curious about how you would feel if you could truly be the best version of yourself!" 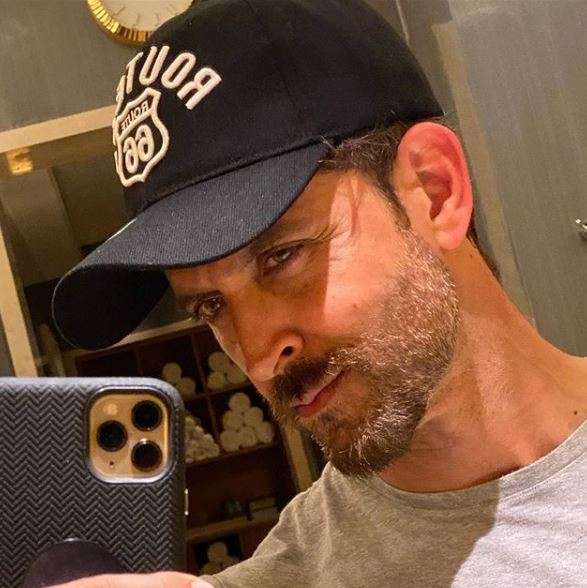 On the work front, Hrithik hasn't announced any upcoming projects but he was last seen in Siddharth Anand's directed movie War. The film was a major hit in the box office earning 475.50 crores, just after the success of his earlier film Super 30, directed by Vikas Bahl in which he played the role of a mathematician.

ALSO READ I Happy Birthday Shreya Ghoshal: 8 Best songs of the Bollywood playback singer that left us in awe

ALSO READ I Manoj Bajpayee: Almost lost my life while shooting '1971' in Manali