Bollywood actress Disha Patani recently went down memory lane and shared throwback pictures of her elder sister Khushboo Patani from her Army training days. In one of the images, Khushboo is seen sporting short hair and wearing shorts. "Hats off to you, I can never imagine going through what you went and how you have changed into the most beautiful girl I have known, I love you," Disha captioned the picture.

In another photograph, Khushboo is seen on field with a team of women officers around her. Disha even called her sister her "wonder woman".

Disha Patani has been ruling the limelight these days. The actress was recently seen in Mohit Suri’s film Malang opposite Aditya Roy Kapur and garnered much praise for performance. The actress has even bagged the director’s next film that is Ek Villain 2. The actress took to her Instagram to confirm the news and shared a note sent by the producer of the film, Ekta Kapoor. Along with the note Disha was welcomed with bouquets and smileys. The note from Ekta Kapoor read, “Welcome to the villain gang. We are Stoked to have you onboard, “and to this, Disha wrote, “So excited.” 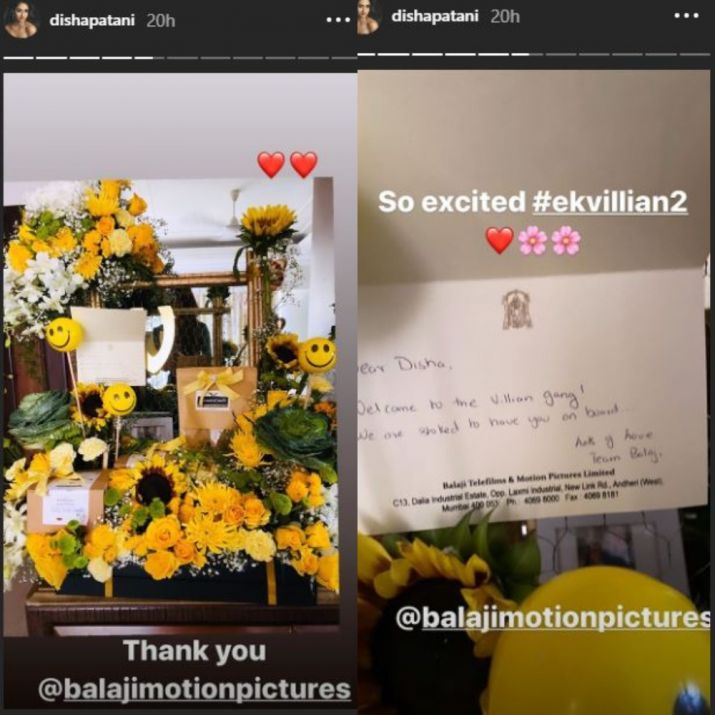 Speaking to Mumbai Mirror in an interview, Mohit Suri talked about his decision to cast Disha and said, "I want to do more action, beat up people, perform stunts… kick some butt. Just the way boys do it in your films. I want to be the hero’. That’s when I asked her if she would do the Ek Villain sequel and she was game"

On the work front, Disha Patani will also feature in Salman Khan's Radhe: Your Most wanted Bhai. The shooting of the film has already been going on for a couple of months.