South Indian superstar Mahesh Babu has won the Best Actor Dadasaheb Phalke award for his stellar performance in the Bharat Ane Nenu. The actor played the role of a Chief Minister in the film who hikes the charges for citizens who break the traffic rules. The actor and his film were in headlines recently when the government announced the same. While Mahesh Babu couldn’t receive the award himself, his beautiful wife Namrata Shirodkar was present at the ceremony to collect his honour.

This was the first years for Dadasaheb Phalke Awards for excellence in South cinema and the event was held on September 20th. While Mahesh Babu bagged the top honour for Bharat Ane Nenu, Anushka Shetty eon the Best Award for her stellar performance in the film Bhaagamathie. On the other hand, Keerthy Suresh and Yash took home the outstanding performances of the year. 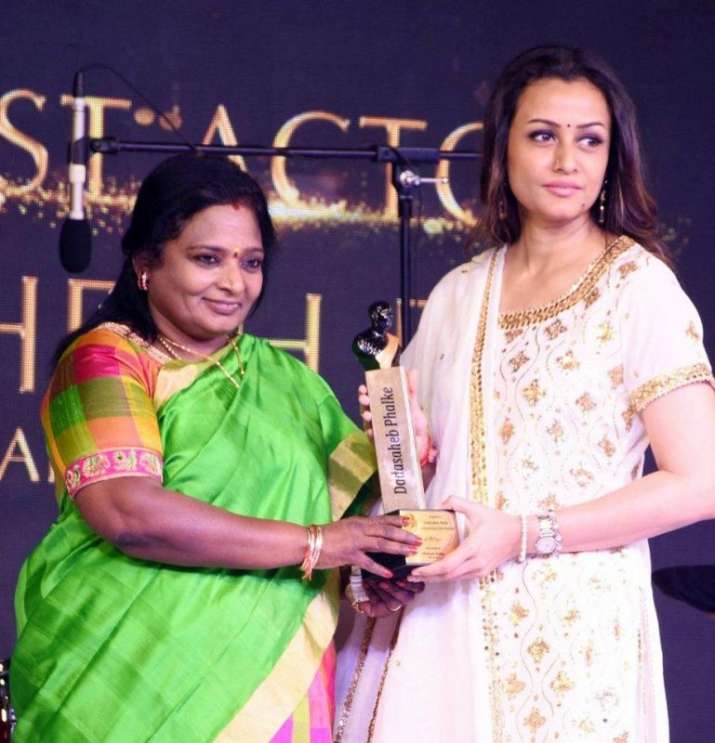 The awards took place in Hyderabad and many celebs from the South Indian industry attended. Actors like Hamsa Nandini, Payal Rajput, Surbhi Puranik, Nabha Natesh and Aakanksha Singh were present at the event looking like a dream come true.

Talking about Mahesh Babu, the actor couldn’t attend the event as he is currently shooting for his upcoming film Sarileru Neekevvaru. Fans have been looking forward to the film as it’s his 26th film. On the other hand, Mahesh Babu recently starred in Maharshi which set fire to the box office. The actor played the role of an Indian man who becomes the CEO of a US-based software company called Origin.