Bigg Boss 14: Bipasha Basu is all praise for Rubina Dilaik, says she 'should surely win'

Bipasha Basu, who seems to be enjoying the 14th season of Bigg Boss, has rooted for Rubina Dilaik and said that she finds her strong.

Bollywood actress Bipasha Basu, who seems to be enjoying the 14th season of Bigg Boss, has rooted for Rubina Dilaik and said that she finds her strong. The actress took to her Instagram Stories and posted a picture of Rubina and called her 'a strong girl.' Bipasha also feels that the Shakti actress should take the trophy home. She shared a snapshot of her while watching the BB14 show. The 'Alone' actress also wished Rubina luck.

Bipasha captioned the image as "Watched #biggboss14! This girl @rubinadilaik16 is one hell of a strong girl! Should surely win. Best of luck to her." The actress also tagged Rubina's husband and former BB14 contestant Abhinav Shukla in the Story. 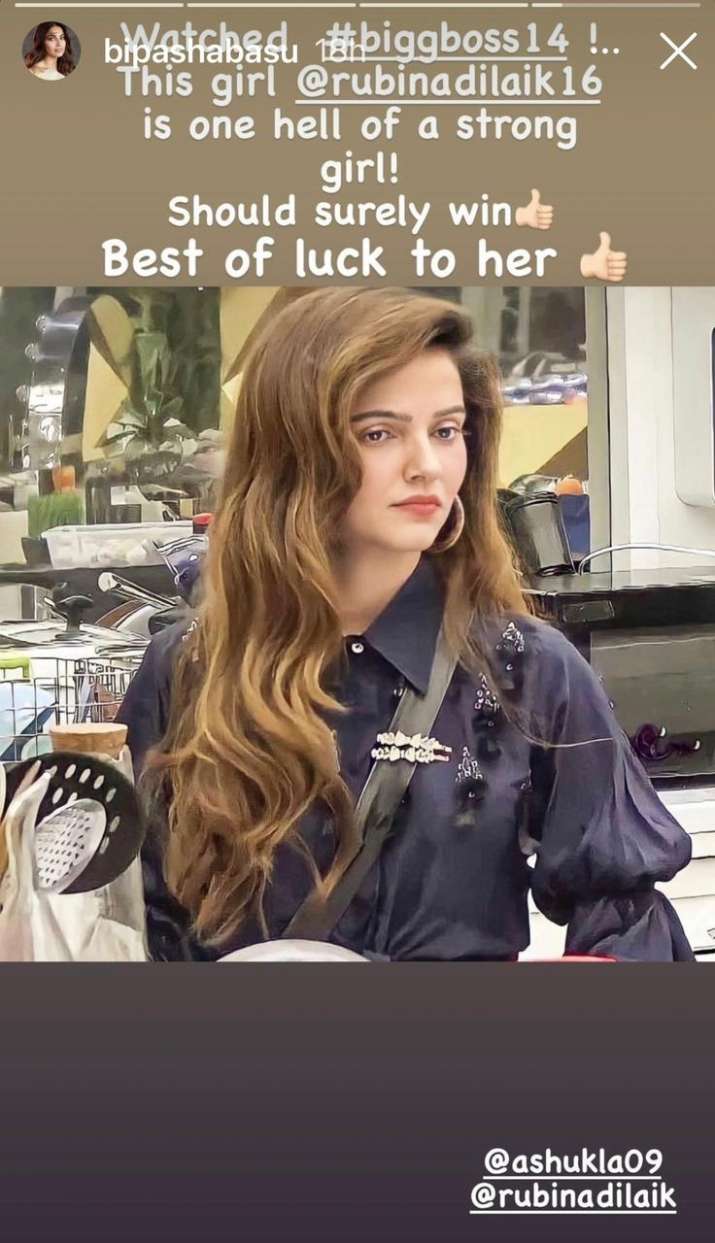 This is not the first time Bipasha has cheered for a "Bigg Boss" contestant. Last year, she was seen supporting her friend Arti Singh, who was a contestant of the 13th season of the controversial reality show.

On a related note, Abhinav was recently evicted from the show by the connections of the housemates. Bigg Boss asked the connections to select the name of a person whose contribution has been the least in the house. The surprise mid-week elimination of Abhinav left his wife Rubina Dilaik shattered while other contestants like Nikki Tamboli, Devoleena Bhattacharjee and others were left teary-eyed.

Speaking about Bipasha's work, she was recently seen in the web series "Dangerous", which marked her debut on the digital platform.