Vijay Deverakonda, Ranveer Singh come together for selfie and fans are screaming in joy

What happens when two huge stars come together for a selfie? The internet goes berserk. That's what happened when Ranveer Singh and Arjun Reddy star Vjay Deverakonda's selfie from a recent event made its rounds on the social media.

The million-dollar selfie made fans go gaga, and they said they want to see the two in a film as soon as possible.

Ranveer can be seen in his usual eccentric outfit for the said event, which was also attended by his wife Deepika Padukone and Gully Boy co-star Alia Bhatt. Also, a group picture featuring Vijay Deverakonda, Ayushmann Khurrana, Manoj Bajpayee, Parvathy Thiruvothu and Vijay Sethupathi along with Ranveer, Deepika and Alia has also rocked the social media.

The stars came together under one roof to discuss about cinema. 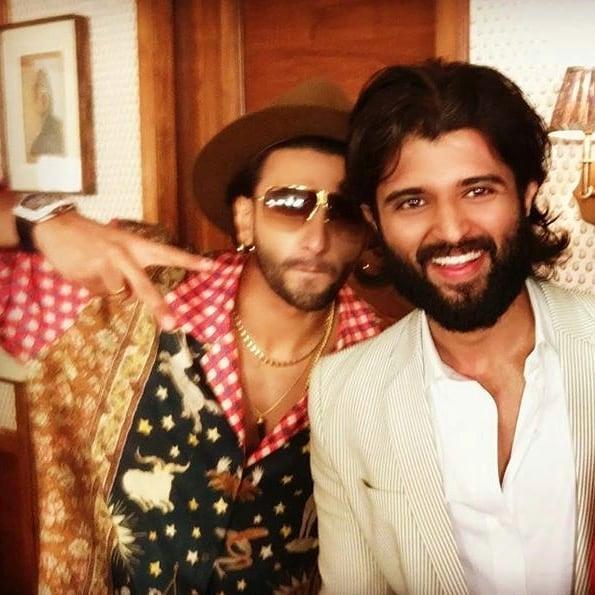 Ayushmann Khurrana, on the other hand, is churning out blockbusters like a pro. And Manoj Bajpayee recently ventured into digital space with The Family Man

On a related note, Vijay Sethupathi had two big releases in 2019- Petta and Super Deluxe besides a small but prominent role in Chiranjeevi's historical drama, Sye Raa Narasimha Reddy.

While Vijay Deverakonda shot to fame with Telugu blockbuster Arjun Reddy, Parvathy Thiruvothu is known for her distinct choices in Malayalam cinema and her outspoken nature.