As Varun Dhawan celebrates his birthday today, his friends from the industry poured in their wishes and shared many throwback photos with him. Actor Arjun Kapoor, filmmaker Karan Johar and others took to social media to share their special memories with the actor and wished him today.

Bollywood superstar Varun Dhawan rang in his 33rd birthday today. The actor, last seen in Remo D'souza's dance film Street Dancer 3D, has always managed to gather attention with his cute antics and personality. His films are a sure shot success on the box office and his characters stay with fans' for a longer time. He enjoys a huge fan base, not just for his screen presence but also on social media. As Varun celebrates his birthday today, his friends from the industry poured in their wishes and shared many throwback photos with him. Actor Arjun Kapoor, filmmaker Karan Johar and others took to social media to share their special memories with the actor and wished him today.

Bollywood actor Arjun Kapoor was one of the first few celebrities who wished Varun Dhawan on social media. Arjun shared an old photo with him from the days when Arjun used to be heavy. He wrote, "Bad (haircuts in this case) Boys 4 Life. Happy birthday @varundvn the content maker par excellence, the new rapper in town & the natkhat balak forever." Varun was quick to reply to Arjun's birthday wish and wrote, "Hahahahaa."

Karan Johar also wished Varun Dhawan by sharing an old photo from a film's promotion on Instagram. In the photo, KJo is seen giving a peck on Varun's cheeks. He wrote, "happy birthday to my crazy happy and lovely child." It was Karan Johar who launched Varun into films with his film Student Of The Year opposite Alia Bhatt and Sidharth Malhotra. Check out- 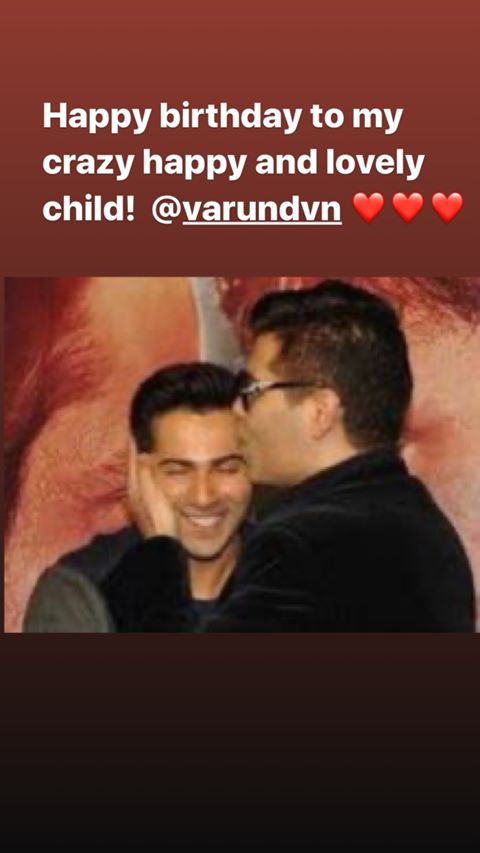 Varun Dhawan's 'Street Dancer' co-star Nora Fatehi also posted a picture of herself with the birthday boy on her Instagram story. "Omg this is one of my fav pics of us. I wish you all the best boo boo! Many more years of success, happiness and laughter," she wrote along with the picture. 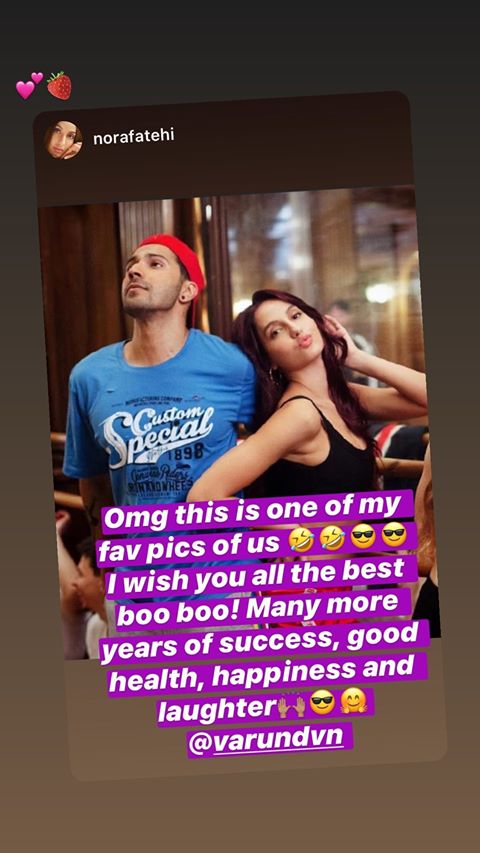 Ayushmann Khurrana shared a picture with Varun Dhawan from an awards event and wrote, "Happy bday VD! The guy with a heart of gold" He also said that he doesn't know why the actors are laughing in the photo, the reason can be that they are not following social distancing here. Varun also replied to actor and wrote, "Thank u my friend aapki poetry hum sab ko bahut khushi deti hain"

Aditya Roy Kapur also shared a shirtless photo with Varun Dhawan and wished him on his birthday. 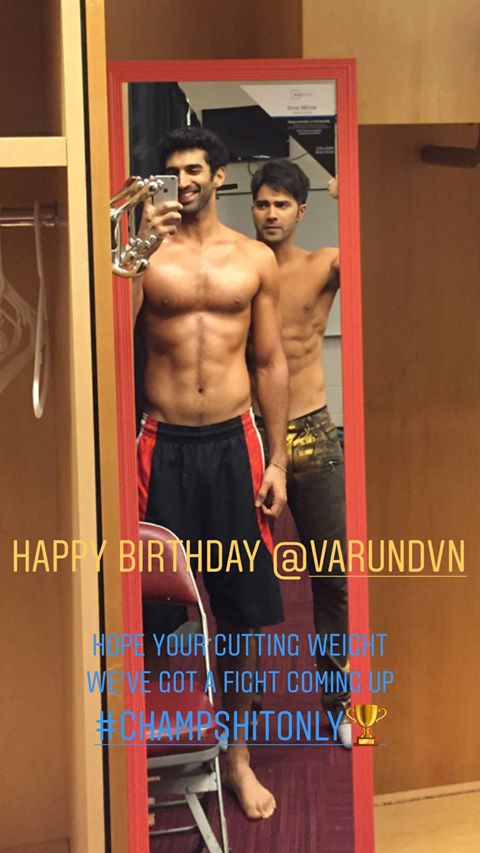 Varun Dhawan had completed shooting for his father David Dhawan's film Coolie No. 1 before the lockdown was announced due to escalating coronavirus outspread. The film also stars Sara Ali Khan. The actor was also supposed to be seen in Shashank Khaitan's Mr. Lele but due to date issues, the makers had to postpone the project.