Arbaaz Khan and Giorgia Andriani have been dating each other since quite a while now. Giorgia is a model and actress. Arbaaz is currently gearing up for the release of his upcoming film, 'Rosie: The Saffron Chapter'. In the film, the actor can be seen playing the role of a cop. The film will also feature Shweta Tiwari's daughter Palak Tiwari.

Bollywood actor Arbaaz Khan on Sunday (October 31) treated his fans and followers with some adorable pictures from his latest vacation with his girlfriend Giorgia Andriani. The couple who headed to Maldives for a getaway seemed to have an amazing time together. Arbaaz took to his Instagram and shared a series of pictures. "Enjoyed our stay at the Amaya Kuda Rah.. Thank you for the wonderful hospitality," he wrote in the caption.

The actor also shared a few pictures on his Instagram stories. Check them out here: 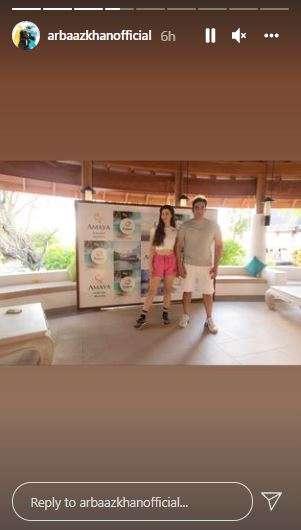 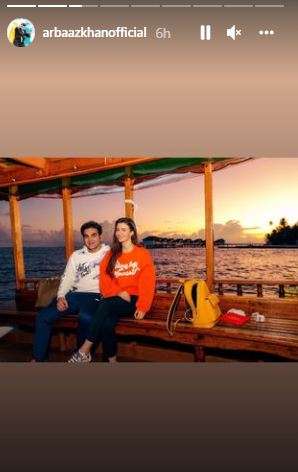 Arbaaz and Giorgia have been dating each other since quite a while now. The couple is often seen together making public appearances and on dinner dates too. On Arbaaz's birthday in August, the model shared some cute pictures with a heartfelt message.

During the COVID-19 lockdown last year, the couple was seen spending time together. In a video, Giorgia Andriani shared a video on her social media where she she pulled a prank on Arbaaz. In it, she can be seen shaving Arbaaz Khan's stubble as he sleeps.

For the unversed, Giorgia Andriana is a model and actress. Arbaaz was previously married to actress Malaika Arora. The couple got divorced in 2017. They have a son named Arhaan Khan. On the work front, the actor was last seen in Sridevi Bungalow in a special appearance. He will next be seen in 'Rosie: The Saffron Chapter'. The film will also feature Shweta Tiwari's daughter Palak Tiwari.