Bollywood actor Amit Mistry passed away due to a major heart attack on Friday morning (April 23). His Bhoot Police co-star Jacqueline Fernandez took to Instagram to mourn the actor's death.

Taking to Instagram stories, Jacqueline shared a picture with the actor and wrote, "Rest in Peace." It appears that the picture was taken in Himachal Pradesh where the actor shot last year. 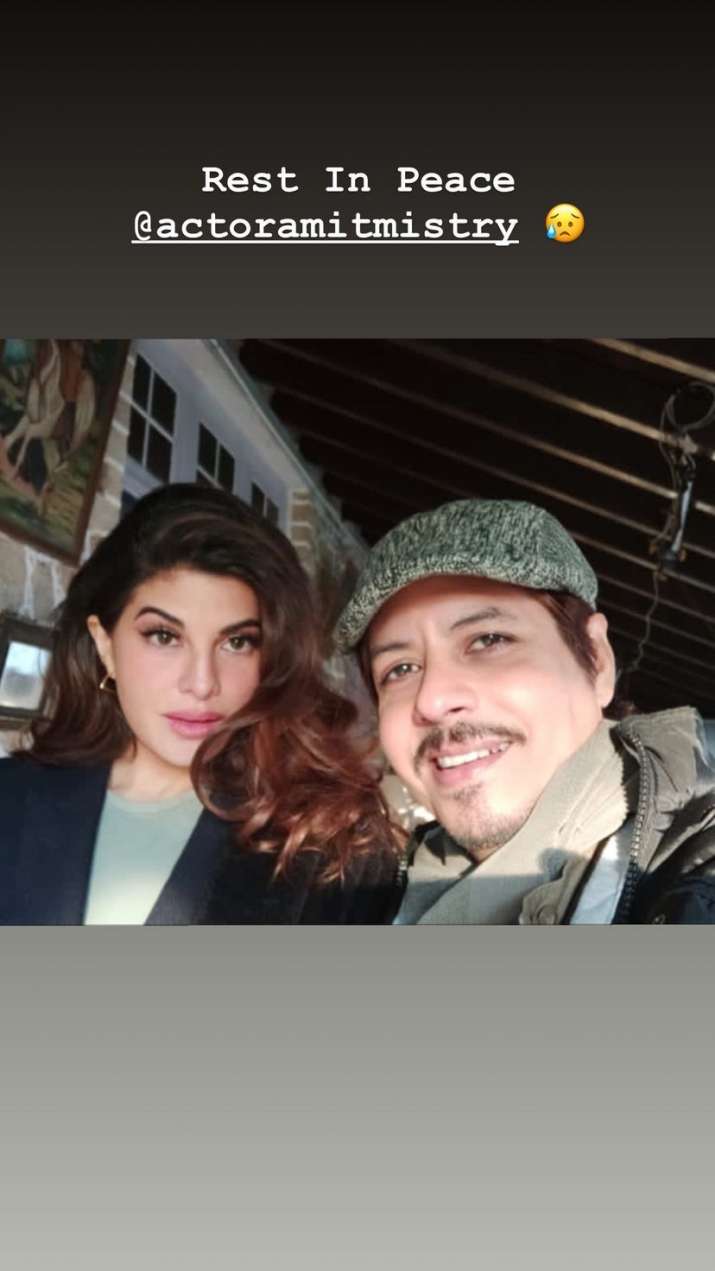 Directed by Pavan Kirpalani, of "Phobia" and "Ragini MMS" fame, the film is scheduled to hit the theatres on September 10. It is produced by Ramesh Taurani and Akshai Puri and presented by Tips Industries Ltd in association with 12th Street Entertainment. Jaya Taurani is co-producing.

The makers had already shared the first poster featuring Saif, Arjun, Jacqueline and Yami in the hunt of ghosts while posing against an eerie backdrop. "Get ready to scream with laughter! #BhootPolice arrives on September 10. #NewNormalIsParanormal," the actors’ wrote in the caption.