Tara Sutaria undoubtedly had been the cutest kid of the town during her childhood days. She recently shared her childhood picture and all her fans are going 'AWWW' seeing the same.

She captioned her pictures as, "Butterball Baby." She indeed looked like a butterball baby.

However, what created the buzz about the picture is the comments by her fans. Yes! People are calling Tara Sutaria, a doppelganger of Taimur Ali Khan. Both of them look like twins. Saif Ali Khan and Kareena Kapoor's son Taimur Ali Khan is indeed a sensation of social media. Each of his pictures is appreciated for the loaded cuteness and dripping charmingness. 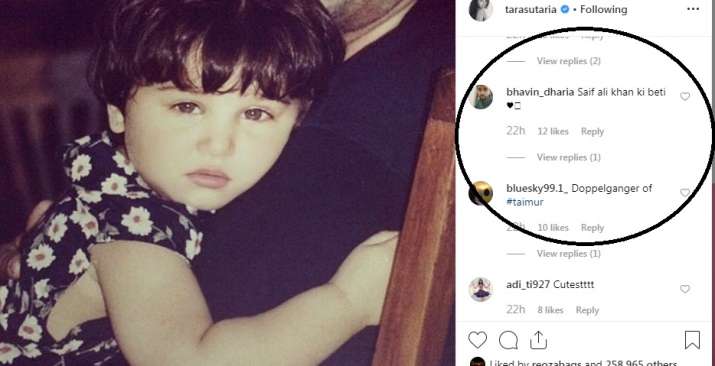 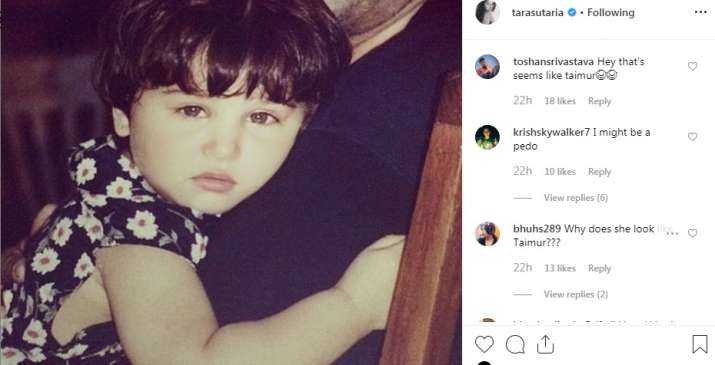 Not just one, but many of Tara's fans commented that she exactly resembles little Taimur.

Tara Sutaria marked her debut in Punit Malhotra's Student of the Year 2, opposite Tiger Shroff. She shared the screen space with star-kid Ananya Panday. However, Tara's role and acting skills failed to impress the audience. Tara told IANS, "I am not feeling disappointed, but I am feeling really happy that it has been accepted so well. I think what we envisioned for the film, according to that, we feel lucky and thankful that it has opened so well at the box office."