As Sonam Kapoor and Anand Ahuja mark their first wedding anniversary, check out some unseen pictures shared by their family members.

Sonam Kapoor and Anand Ahuja completed a year of marital bliss today. The couple tied the knot last year on May 8 in an intimate wedding ceremony. However, the pictures and videos of their wedding soon surfaced all over the internet and went viral. The Bollywood actress and her businessman husband dated for two years before taking the plunge. As the couple marks one year of the marital bliss, the entire Kapoor family- from Sonam’s mother, Sunita Kapoor, to brother Harshvardhan and father Anil Kapoor, everyone took to Instagram to wish the power couple.

“Happy happy anniversary. Love is not about how many days, months, or years you have been together. Love is about how much you love each other every single day,” wrote Sunita Kapoor. On the other hand, Sonam's actor father Anil Kapoor wrote, “It’s been such a fantastic year for you both, and if it’s any indication of the life to come, you have so much love, happiness, success (and shoes) to look forward to! Happy Anniversary @anandahuja @sonamkapoor ! Love you both! Keep making #everydayphenomenal.”

“Happy anniversary family!!!!! I love you both more than hot sauce,'' wrote Sonam's sister Rhea Kapoor. Sonam's brother Harshvardhan also wished the couple by sharing a picture on Instagram. The actress' uncle Sanjay Kapoor and his wife Maheep Kapoor too, took to Instagram to wish them on completion of their first year of marital bliss. 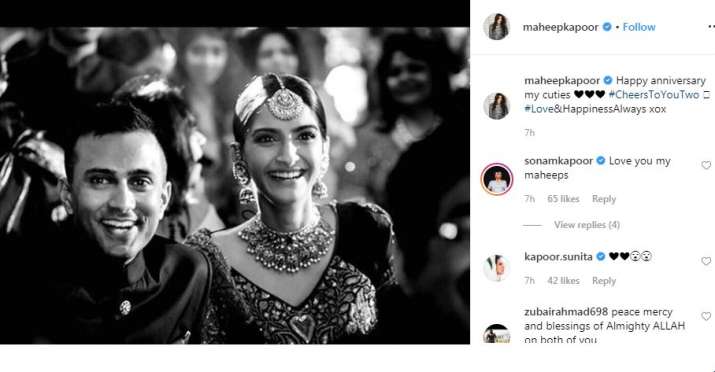 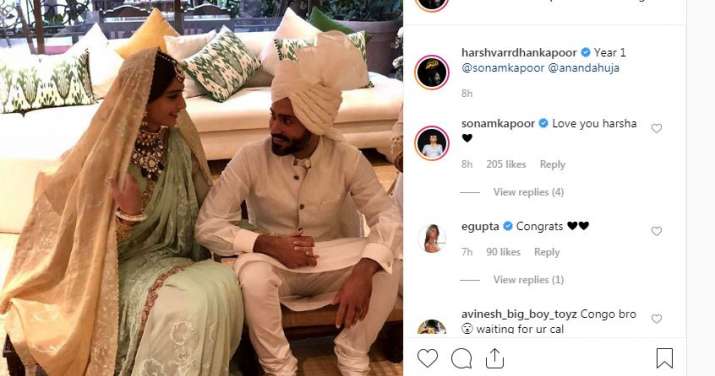 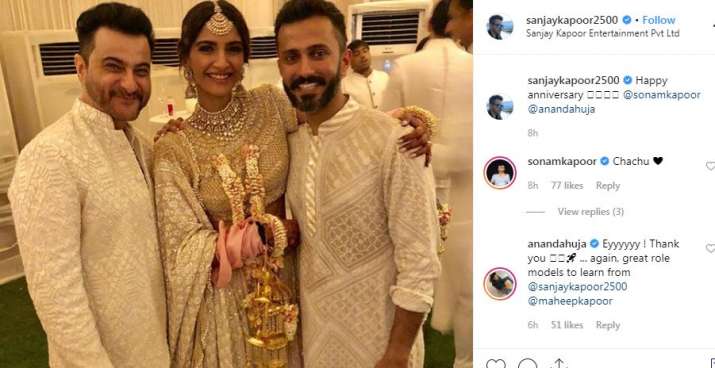 Anand and Sonam also wrote heart-melting note for each other on social media to mark their first wedding anniversary. The couple, who never made their relationship public before their wedding garnered a lot of attention through social media. The duo never shied away from sharing pictures on Instagram.