Shraddha Kapoor has been breaking the internet lately with her wedding rumours with long-time boyfriend Rohan Shrestha.

Shraddha Kapoor has been breaking the internet lately with her wedding rumours with long-time boyfriend Rohan Shrestha. A large section of the media went over the top on Thursday, reporting that Bollywood star Shraddha Kapoor is all set to marry her beau Rohan Shrestha in 2020. When IANS called up the actress' father Shakti Kapoor, he dismissed all rumours with characteristic wit. "Really? My daughter is getting married? Please don't forget to invite me too, to the wedding!" quipped the yesteryears' screen villain.

"Let me know where the wedding is, I will be there. I am the father and yet I have no clue. So, please let me know," Kapoor senior laughed. The news went viral after a Mumbai tabloid reported that Shraddha and Rohan were all set to tie the knot next year. The two have reportedly been dating for two years now. Soon, several websites and TV channels were picking up the news, and running it as a speculative report. 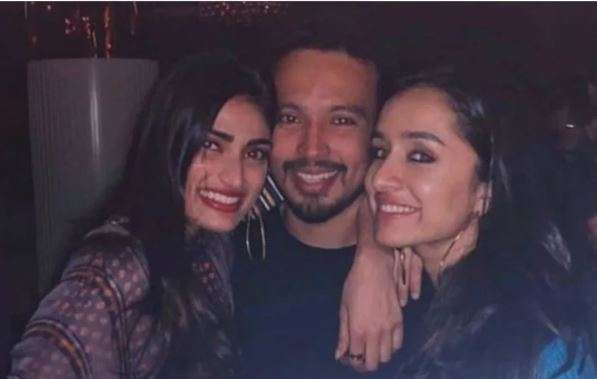 On Shraddha Kapoor's work front, the actress is neck down in work. Psycho Saiyaan, the latest track from her forthcoming movie Saaho is receiving love from her fans. Saaho marks the return of Telugu superstar Prabhas, since his record busting Bahubali series. The film opens on August 15. The film will witness clash with John Abraham’s Batla House and Akshay Kumar’s Mission Mangal.

On the other hand, Shraddha Kapoor will also be seen in Street Dancer 3D along with Varun Dhawan and Nora Fatehi. Videos and pictures of the actress learning belly dancing from Nora Fatehi have already hit the internet and have gone viral like wildfire. Shraddha was also said to be seen in badminton player Sania Nehwal's biopic but she had to opt-out of it. Now Parineeti Chopra will be seen stepping into the shoes of the ace badminton player.