Shah Rukh Khan shared pictures of his mandir where he had kept a beautiful idol of Lord Ganesha.

Bollywood superstar Shah Rukh Khan was also one of the Bollywood celebrities who welcomed Lord Ganesha to their house. After the final puja, the actor took his Ganpati idol for visarjan and later shared pictures from his low-key celebrations. The actor took to his Instagram to share pictures of his Ganesh Chaturthi celebrations and they included his little munchkin AbRam.

Shah Rukh Khan shared pictures of his mandir where he had kept a beautiful idol of Lord Ganesha and wrote, “Pooja done....Visarjan done. Ganpati Bappa Morya!! May the happiness of the world and beyond come into every household & for every family.” In one of the pictures, SRK’s little son AbRam cam be seen offering his prayers to Lord Ganesha as well. Check out the pictures here- 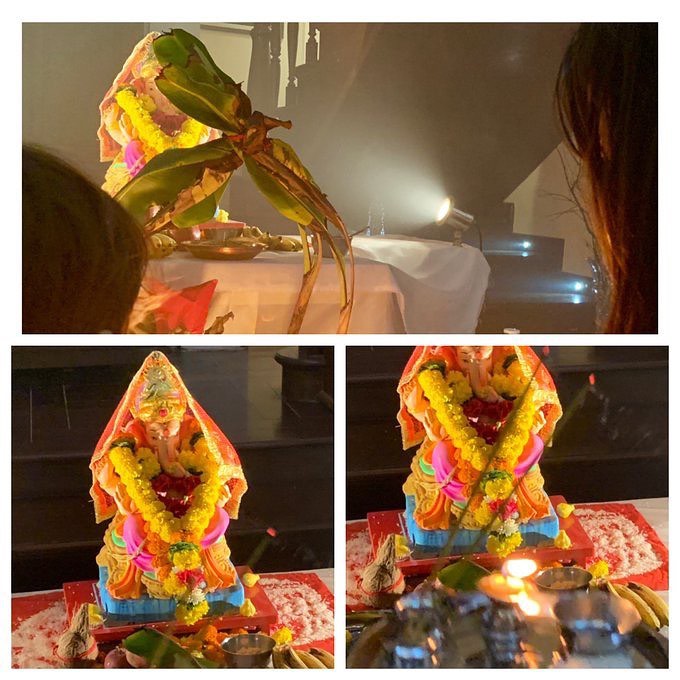 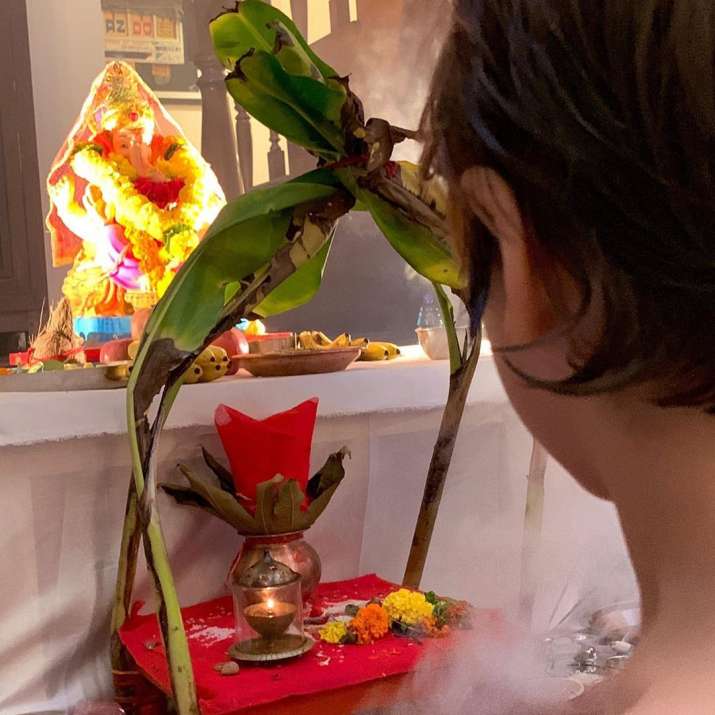 Not just SRK but other celebrities like Neil Nitin Mukesh, Bhushan Kumar also celebrated the Ganpati visarjan in a grand manner last night. Videos are going viral on the internet in which Neil Nitin Mukesh can be seen dancing his heart out along with his family members on the dhol beats as he takes his Ganpati for visarjan. Check out pictures and videos here-

On the professional front, Shah Rukh Khan was last seen in Aanand L. Rai directorial Zero in 2018 which also starred Anushka Sharma and Katrina Kaif. While fans are waiting to watch their favorite superstar on the big screen again, SRK has not announced his next film and had revealed that he is taking a break currently. There were rumours that he will be seen in Ali Abbas Zafar’s next film which will be Dhoom 4 but the actor refuted the rumours through a tweet.