Sara Ali Khan has wrapped up the shoot of her next Bollywood film Aaj Kal in which she will be seen opposite Kartik Aaryan. Currently the actress is in London spending time with her mother Amrita Singh.

Sara Ali Khan has finally wrapped up the shoot of her next Bollywood film Aaj Kal after 66 days. Directed by Imtiaz Ali, the actress will be seen opposite Kartik Aaryan in the film and fans are much excited for Valentines Day 2020 for the film to hit the theaters. While the actress had a gala time shooting for the film as her pictures reveal, Sara Ali Khan has taken a break from work and has flown away to London with her mother Amrita Singh to spend some quality time with her.

Sara Ali Khan shared a cute picture on her Instagram story in which she can be happily seen posing with her mother Amrita Sight. The two divas looked perfectly in vacation mode. Sara also tagged the location on the picture, which is taken in London, United Kingdom. In the picture, as Amrita Singh look like a diva in white, Sara Ali Khan looked chic in blue shirt and white shorts. Check out the picture here- 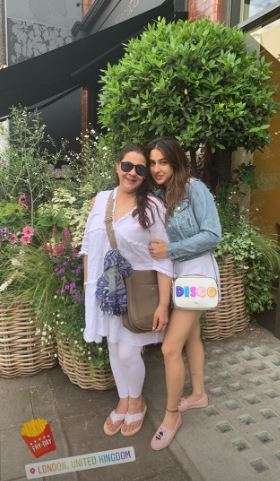 Sara Ali Khan is enjoying the limelight to the fullest. In just a short span of time and two films, Sara has already established herself as a stellar actor and performer. The actress made her debut with Abhishek Kapoor’s Kedarnath in December last year and won everyone’s hearts. Later in the same month she crashed the box office with her presence in Rohit Shetty’s film Simmba. With just two films to her credit, Sara Ali Khan became the number one choice of all the filmmakers. 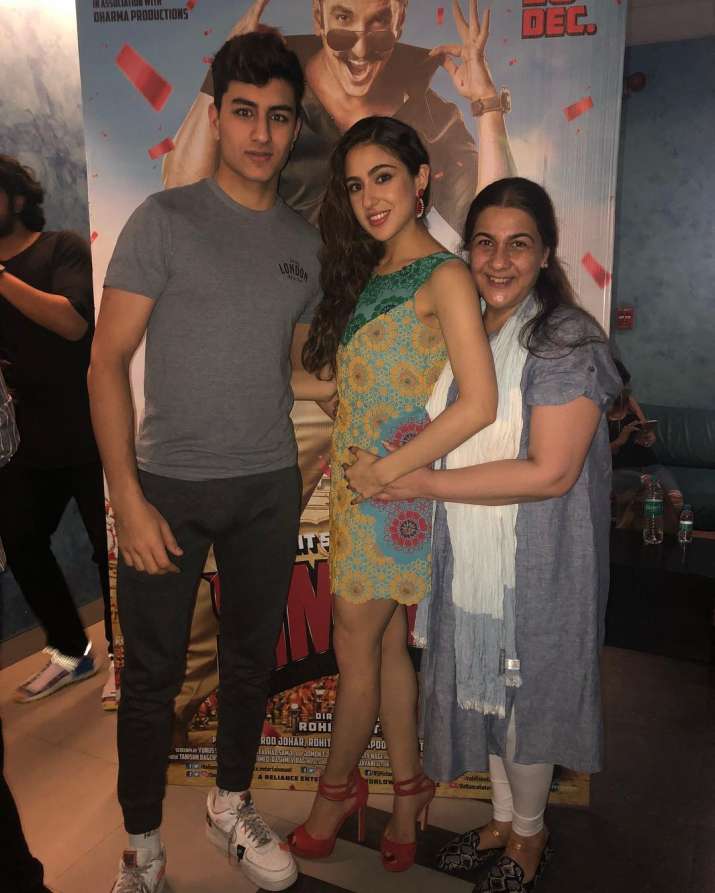 Director Imtiaz Ali took to his Instagram to share a mushy picture of his leading duo Sara Ali Khan and Kartik Aaryan and wrote, “the oxygen that makes the film breathe #aajkal @saraalikhan95 @kartikaaryan (clicked during the first few readings of the film, before shoot began)” Going by the hashtag in the caption, it is confirmed that the film is called Aaj Kal. In the picture, Kartik and Sara look so much in love and the strong bond between them is quite clearly visible. Check out the post here-

On the professional front, other than Imtiaz Ali’s Aaj Kal, Sara Ali Khan will be seen in David Dhawan’s Coolie No. 1 which is a remake of Govinda and Karisma Kapoor’s film by the same name. She will be seen opposite Varun Dhawan.