Deepika Padukone, on Monday, treated her fans with the first look of her upcoming Bollywood film Chhapaak.

Deepika Padukone, on Monday, treated her fans with the first look of her upcoming Bollywood film Chhapaak in which she will be playing the role of an acid-attack survivor. The actress will be seen stepping into the shoes of a real-life acid-attack survivor Laxmi Agarwal and chronicle what all happened with her and how she fought back. Just as the actress dropped her first look as Malti, internet bloomed with praises and laud for her accurate similarity with Laxmi Agarwal and how convincing she looked in the first look itself. Twitterati also revealed that after having a look at Deepika Padukone as Malti, their expectations have shot up with the film.

While Twitterati was all praise for the actress, Bollywood celebs like Priyanka Chopra, Varun Dhawan, Siddhant Chaturvedi and others also showered her with compliments. Deepika’s loving husband Ranveer Singh couldn’t contain his excitement on looking at the first look poster and commented saying, “Astonishing! What a remarkable prospect! Proud of you baby! I Love you! Go get’em!” He even reposted the poster on his Instagram to show his love and support for the film. On the other hand, Priyanka Chopra reacted to the look saying, ‘Amazing’, Rajkummar Rao said, ‘This is so inspiring. Malti is beautiful. Can’t wait to meet her on 10th Jan.’ Check out what other Bollywood celebrities commented- 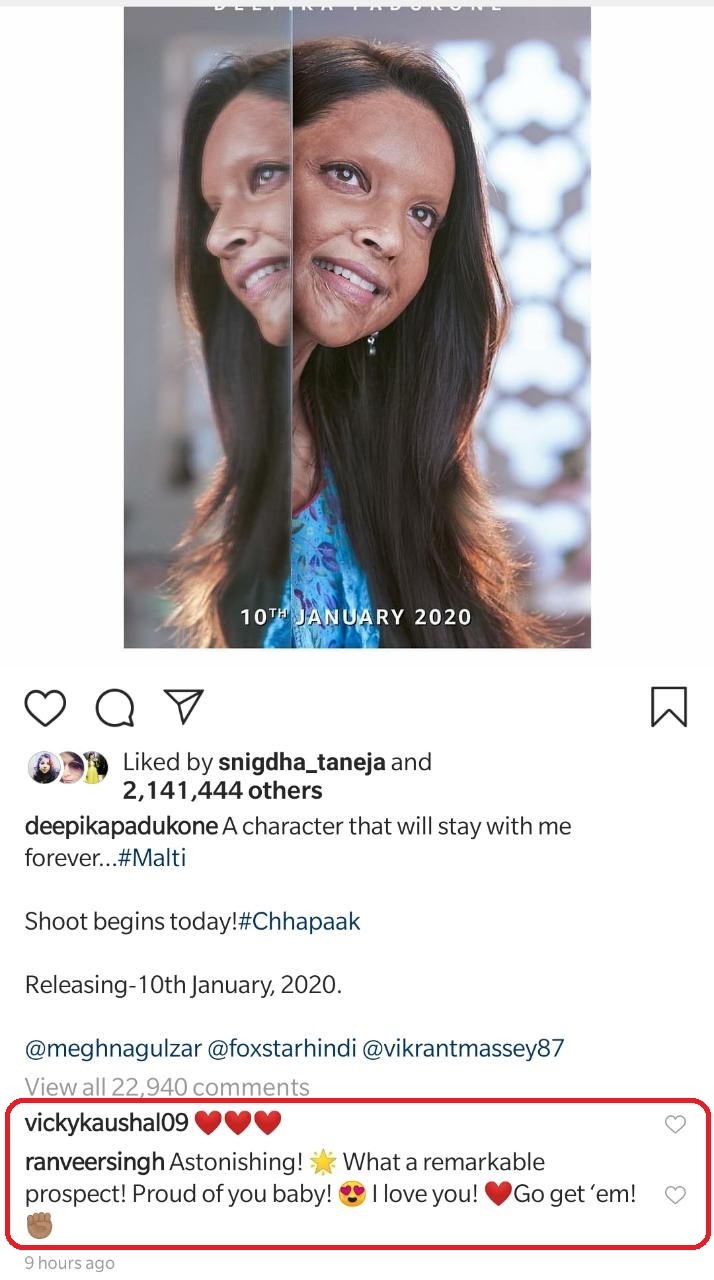 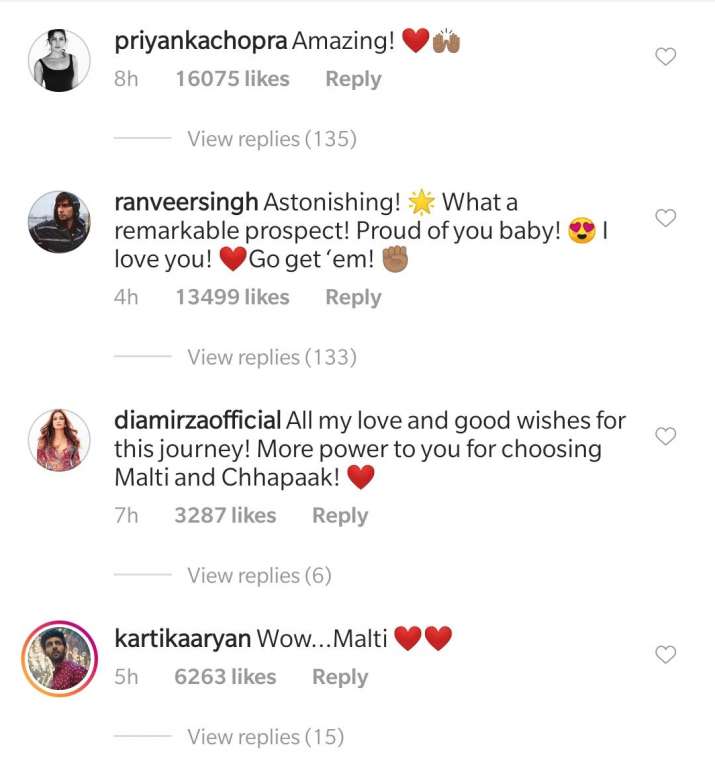 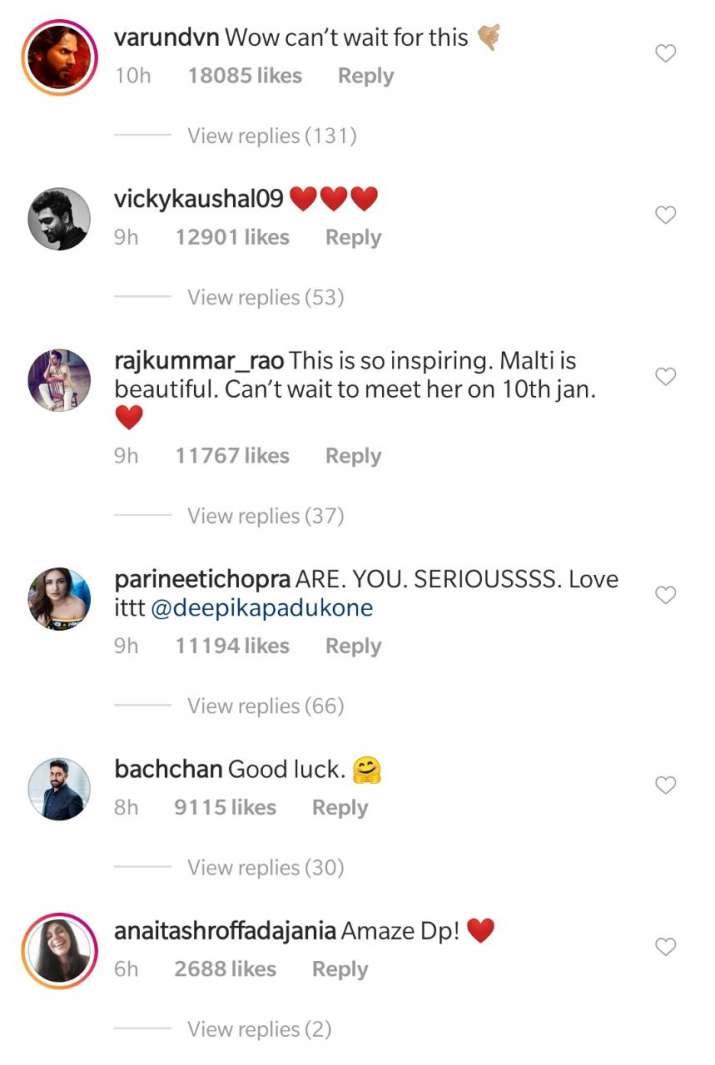 After wrapping up the numerous public events where Deepika Padukone made gorgeous appearances, the actress has finally started working on her next project Chhapaak. She shared a picture from the sets on her Instagram writing: ‘All things are ready, if our mind be so-William Shakespeare.’ In the picture, the smiling Deepika is seated next to Vikrant Massey, who play the leading man in the film, and both of them are seen busy in the script-reading session. The actress is wearing an oversized sweatshirt with her hair tied into a bun. Vikrant Massey is sporting a bearded look with glasses.

Chhapaak will also mark Deepika Padukone’s debut in production. She is co-producing the film with Meghna Gulzar. With this film, she is also collaborating with Vikrant Massey for the first time. Talking about Massey, he was last seen in Zoya Akhtar and Reema Kagti’s Made in Heaven for an extended cameo. He was also seen in an important role in Mirzapur, which streamed on Amazon Prime Video last year.