Priyanka Chopra, Sophie Turner and Danielle Jonas have reunited once again for a family get together.

After being busy with her work, Priyanka Chopra has finally found time to reunite with her Jonas sisters Sophie Turner and Danielle Jonas. The global icon who is hyper-active on the social media, shared a picture with Sophie and Danielle from a chartered plane. It seems like the Jonas family are off again for another family holiday. Ever since Priyanka Chopra tied the knot to Nick Jonas, she's living the life of her dreams with lots of love and positivity around her. Breaking stereotypes, PeeCee bonds very well with her sister-in-laws Sophie and Danielle. 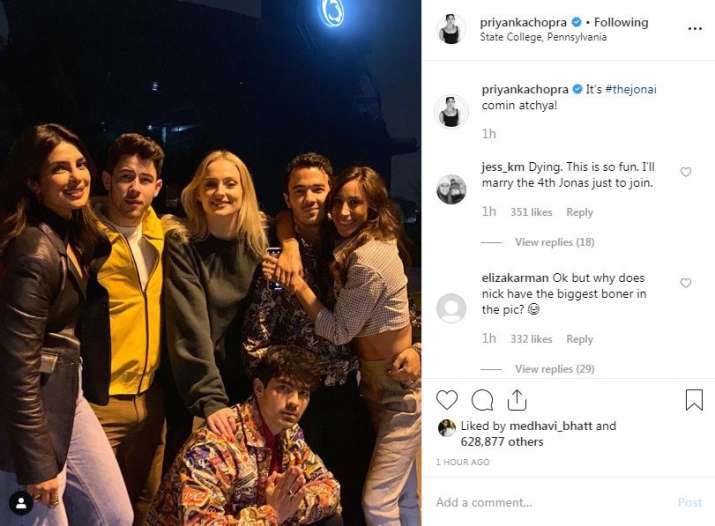 Later, Priyanka Chopra shared another picture which has all the three Jonas couples in the frame; Priyanka-Nick, Joe-Sophie and Kevin-Danielle. Sansa Stark aka Sophie Turner looks refreshing after winding up the eighth and the last season of her popular TV series Game of Thrones. The GoT season 8 special premiere was held in Los Angeles a couple of days ago. Sophie Turner turned some heads in a black shimmery eveing gown she wore to the event. 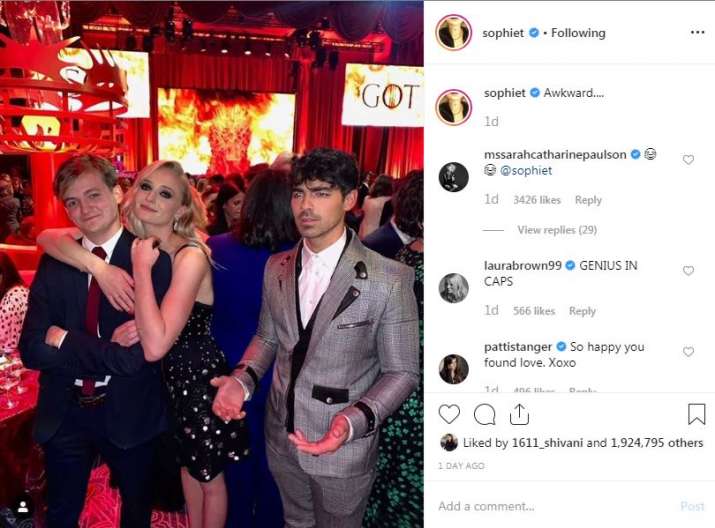 The Jonas Brothers recently dropped the second track after their reunion. The song is titled Cool and it has some references made to Priyanka Chopra and Sophie Turner as well as Game of Thrones. The band dropped the song on Friday. Unlike Sucker, Cool doesn't have Priyanka, Sophie or Danielle in the video.

On the work front, Priyanka Chopra is successfully hosting her own chat show If I Could Tell You Just One Thing. She has also wrapped up shooting for The Sky is Pink with Farhan Akhtar and Zaira Wasim. According to Avengers: Endgame director Joe Russo, she is all set to sign another Hollywood film with the Russo Brothers.

Sophie Turner will be seen in X-Men: The Dark Phoenix, which will release on June this year.